Japanese pro golfer Ryo Ishikawa, who is serving a one-month suspension for breaking COVID-19 self-isolation rules after arriving home from a trip to the United States, apologized for his behavior at a news conference on Wednesday.

Ishikawa admitted to ignoring the rules after a tabloid caught him playing golf in public settings and holding drinking parties in his quarantine hotel during the 14-day post-entry period following his return from California late last month. 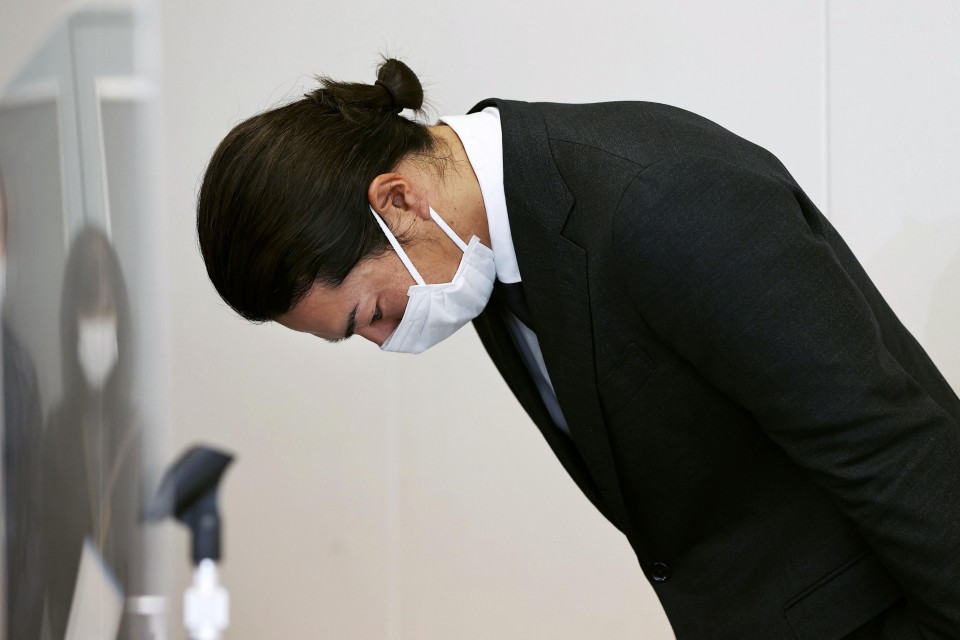 "I've caused considerable trouble to those who have cheered for me and to the players association, and for that I apologize from the bottom of my heart," Ishikawa said at Kochi Kuroshio Country Club in Kochi Prefecture.

"I have accepted the consequences of my cheating and every day I feel regret. I hope I'm given another chance to prove myself," he said.