Ceremonies to mark the coming of age of Princess Aiko, the only child of Emperor Naruhito and Empress Masako, who turns 20 on Dec. 1, will be held mainly on Dec. 5, the Imperial Household Agency said Tuesday.

Since Princess Aiko's birthday falls on a Wednesday, a weekday, the ceremonies were mostly put back to the following Sunday to avoid disrupting her classes at Gakushuin University in Tokyo, where she is currently studying Japanese literature.

No banquet or similar type of gathering will be held due to the coronavirus pandemic, according to the agency. 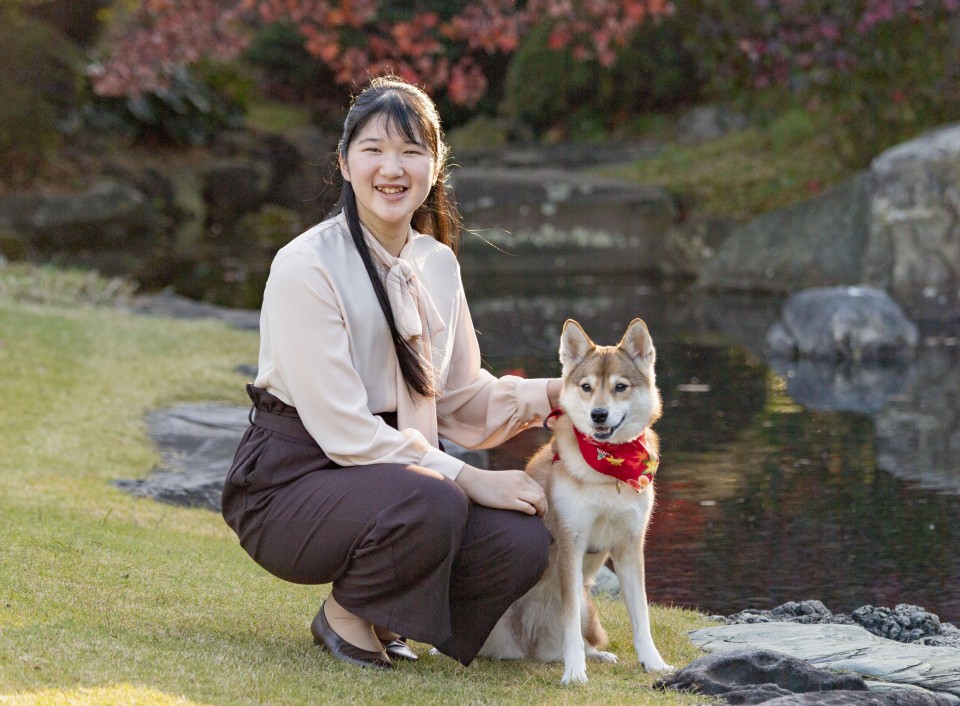 Princess Aiko poses with her dog at Akasaka Estate in Tokyo on Nov. 22, 2020. (Photo courtesy of the Imperial Household Agency)(Kyodo)

On Dec. 5, Princess Aiko, who cannot succeed to the Chrysanthemum Throne as the 1947 Imperial House Law limits heirs to males, will visit sanctuaries that enshrine the imperial family's ancestors and Japanese gods to offer prayers.

She will also be awarded the Grand Cordon of the Order of the Precious Crown by Emperor Naruhito at the Imperial Palace.

The princess, dressed in formal wear with a tiara, will greet her parents. She will also visit and greet her grandparents, former Emperor Akihito and former Empress Michiko, who currently reside temporarily at Takanawa Imperial Residence in Tokyo.

The tiara will be borrowed from her aunt Sayako Kuroda, who left the imperial household upon marriage to a commoner in 2005, as the agency decided not to create a new one for her amid the pandemic.

As the princess has classes on Dec. 1, she will have a meal with her parents after receiving well-wishes from aides including Yasuhiko Nishimura, grand steward of the agency, at the palace.

The agency is currently arranging a press conference as has been customary when an imperial family member turns 20.

The princess will now be expected to perform official duties as an adult member of the imperial family. In Japan, 20 is the legal age of adulthood at present, but it will be lowered to 18 from April 2022.

Princess Aiko enrolled in Gakushuin University in 2020. She has also been taking language courses in English and Spanish, as well as sports and health sciences.