Prime Minister Fumio Kishida said Saturday that Japan will strengthen its necessary defense power and consider all options including the acquisition of enemy base strike capabilities.

In a speech at a Ground Self-Defense Force base, Kishida expressed concern about North Korea's rapid development of missile technology and China's military expansion.

When Japan revises its foreign and security policies, Kishida said all options will be on the table including the idea of giving the Self-Defense Forces the capability to strike at hostile enemy bases. 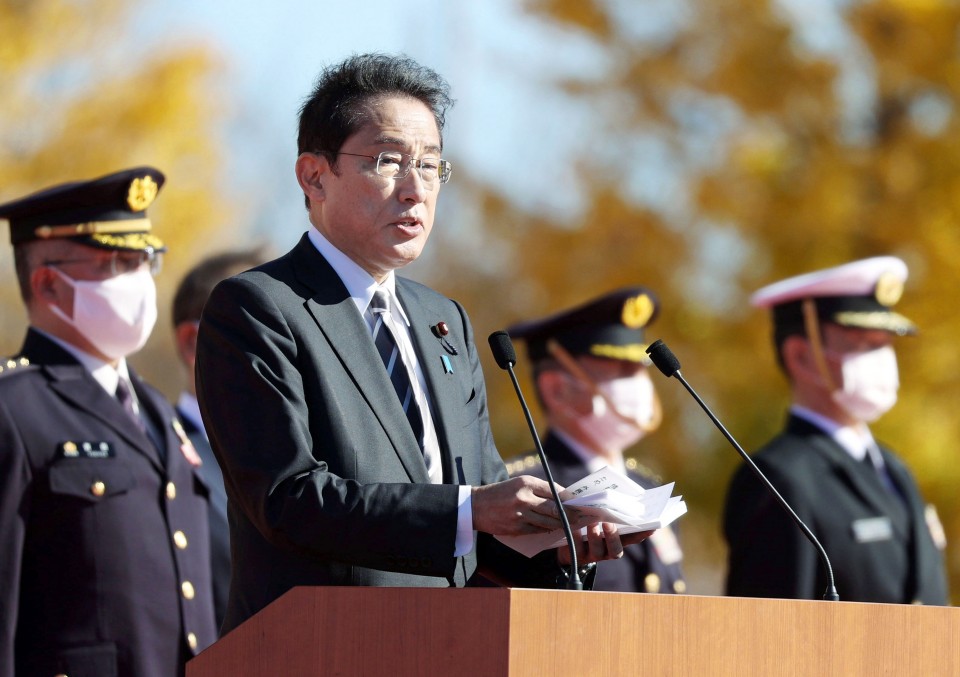 The idea of Japan possessing such an attack capability is delicate as the SDF has strict restrictions on its use of force under the war-renouncing Constitution.

He also said China continues to strengthen its military "without sufficient transparency" and is making "unilateral attempts to change the status quo."

The prime minister, who took office in early October, made the comments when he reviewed the GSDF at the Asaka base straddling Tokyo and Saitama Prefecture, with Defense Minister Nobuo Kishi.

The event was downscaled due to precautions against the risk of coronavirus and there was no parade by GSDF members.

Kishida, who boarded combat vehicles at the base, also said a team comprised of officials from the foreign and defense ministries has been sent to Djibouti to investigate the situation in Ethiopia, where fighting in its civil war intensifies.

The team is tasked with finding if Japanese nationals living in Ethiopia need to be evacuated with the use of an SDF plane.

The Japanese government has been asking them to leave Ethiopia while commercial flights are available. According to a Foreign Ministry official, there are a few dozen Japanese people still in the African country.