Japan's financial authorities on Friday ordered Mizuho Bank and its parent Mizuho Financial Group Inc. to improve their operations and clarify management responsibility for a series of system failures, in punitive actions that prompted the major financial institution to replace top executives.

The Financial Services Agency ordered them to implement immediate preventive steps and submit additional measures by Jan. 17, while the Finance Ministry ordered the bank to take corrective action for breaching the foreign exchange law following a system problem, the first such order to a bank since the law was revised in 1998.

"The management of the bank and the company hold serious responsibility" for the total of eight system failures between February and September that "undermined the credibility of the settlement systems in Japan," the agency said in the administrative order.

The agency said both entities failed to adequately assess the risk of system failures. The financial watchdog also attributed the repeated system breakdowns to their closed organizations that made it difficult to speak up in emergency situations and the lack of a sense of urgency in assessing what impact such problems could have on customers. 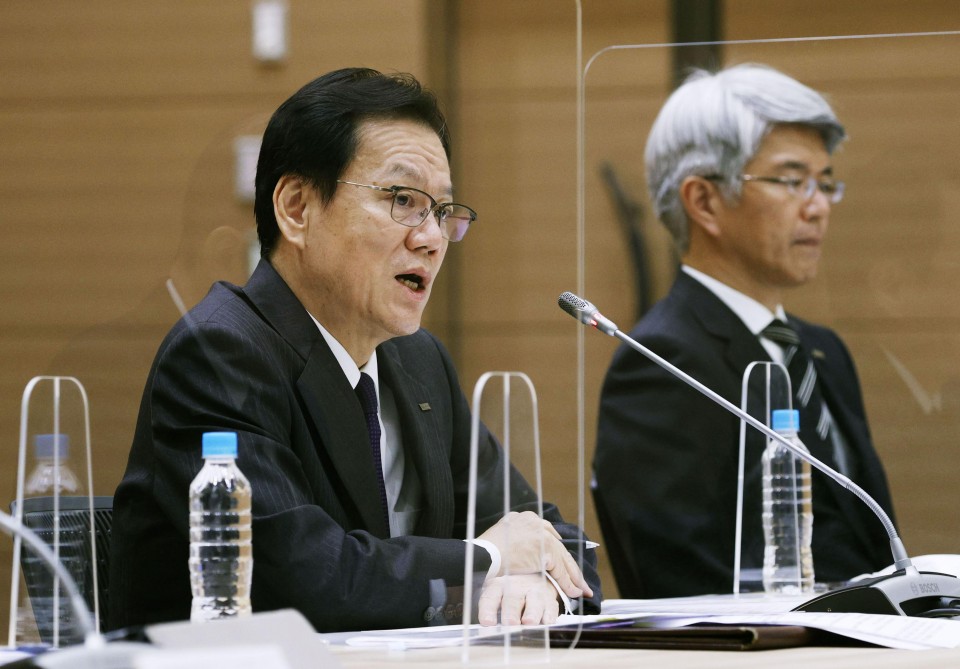 The ministry said the bank's executives lacked knowledge of the foreign exchange and foreign trade law, which requires banks to ensure that recipients of overseas remittances are not subject to economic sanctions.

Finance Minister Shunichi Suzuki, also the minister in charge of financial services, told a press conference that the financial group "needs to be self-corrective."

On the same day, Mizuho Financial said that President Tatsufumi Sakai and Mizuho Bank President Koji Fujiwara will resign on April 1 to take responsibility for the system problems. Chairman Yasuhiro Sato, who spearheaded the introduction of the core system currently in use when he led the financial group as president between 2011 and 2018, will also step down on the same date.

"We take it extremely seriously and regret that we failed to fulfill our role as a financial institution that is part of social infrastructure and damaged trust in the country's payment system,"

Sakai told a press conference after the punitive actions were announced.

"The responsibility lies with our top management," he said, adding, "I'm confident that we should resign and pass the baton to the next generation and it would be best for Mizuho."

The financial group said seven other senior officials will take a 10 to 20 percent cut in monthly pay for two or six months.

On Feb. 28, around 80 percent of the bank's automated teller machines were temporarily suspended due to a system failure, with more than 5,000 bank cards and bank books getting stuck inside the machines.

The orders came after the agency on Nov. 19 finished its investigation of the chronic system failures.

The agency has been stepping up its supervision of Mizuho, requesting in a business improvement order issued before the eighth failure that it submit a work plan for system maintenance, in a rare move that effectively imposed oversight on a major bank's systems.

Although Mizuho Bank drew up preventive measures in June after experiencing four system failures, the bank has since been hit by similar problems four more times.