Japanese Prime Minister Fumio Kishida said Friday that stabilizing ties with South Korea is important amid soured relations with the Asian neighbor over wartime compensation and the sovereignty of islets.

"International agreements and promises must be fulfilled. I hope South Korea will take a positive approach," said Kishida in a group interview, apparently referring to the bilateral spat over wartime labor. 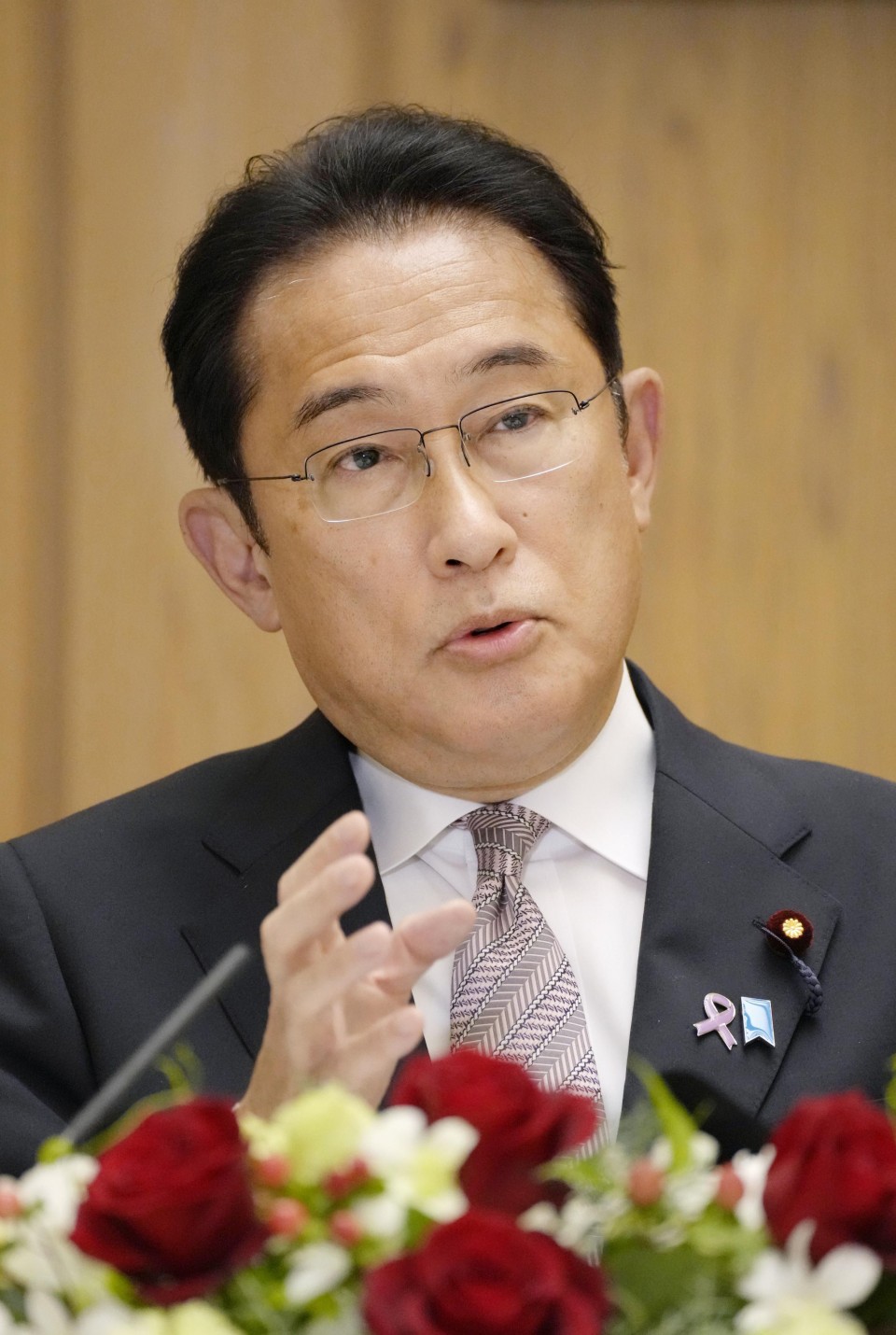 Japan maintains the issue of compensation was settled "completely and finally" by a 1965 bilateral agreement, which provided South Korea with financial assistance, and has called on the South Korean government to resolve the issue.

The countries are also at odds over the issue of "comfort women," a euphemism for women from the peninsula and elsewhere that worked in Japan's military brothels.

The soured ties were further dampened after South Korea's top police official recently visited a pair of islets in the Sea of Japan, known as Takeshima in Japan and Dokdo in South Korea.

Looking toward the House of Councillors election next summer, Kishida, who took office on Oct. 4, said his ruling Liberal Democratic Party will continue to push for amending Japan's postwar Constitution and make this a key issue during the upper house poll.

The LDP has been seeking revisions such as adding a reference to the Self-Defense Forces in the war-renouncing Article 9 to legitimize their existence. The party had also pushed for debate on the matter in its platform for the general election last month.

The addition of such reference would be "important in ending arguments that the SDF is unconstitutional," Kishida said.

In the same interview held before his Cabinet approved an economic stimulus package that includes record fiscal spending, Kishida said he hopes to bring Japan's economy hit hard by the pandemic "back on a recovery track by delivering the economic stimulus to the people as soon as possible."

He said arrangements are being made to convene an extraordinary Diet session in early December to pass a supplementary budget to fund the steps.

Kishida also said he has no plans to change the consumption tax rate from the current 10 percent, while some have called for halving it to help Japan recover from the fallout of the pandemic.

The interview was held on the day Kishida's Cabinet decided to spend a record 55.7 trillion yen ($488 billion) in an economic stimulus package to ease the impact of the coronavirus pandemic.

The economic stimulus package includes 100,000 yen handouts in cash and vouchers for children aged 18 or younger in households with an income of less than 9.6 million yen, which is expected to cost about 2 trillion yen.

Kishida has vowed to reduce income disparity and seek a new capitalism that focuses on economic growth and a redistribution of wealth, a response to criticism that the "Abenomics" policy mix pursued by his predecessors, Shinzo Abe and Yoshihide Suga, only boosted corporate profits and share prices while failing to increase wages.

But it remains to be seen how successful Kishida will be as Keidanren, Japan's powerful business lobby, has already rejected calls for across-the-board salary hikes.