Subaru unveils its first EV to be sold globally, to launch mid-2022

Subaru Corp. unveiled Thursday its first all-electric vehicle to be sold globally, with it set to be launched in Japan, the United States, Europe and China by mid-2022.

Named the "Solterra," the sport utility vehicle was jointly developed with Toyota Motor Corp. as Subaru looks to make a smooth transition from internal combustion and hybrid powertrains to zero-emissions mobility.

"As the EV market has not yet matured, we will deal with it by deepening collaboration with Toyota," said Tomomi Nakamura, president and CEO of Subaru, at a press conference in Tokyo. Toyota is Subaru's largest shareholder. 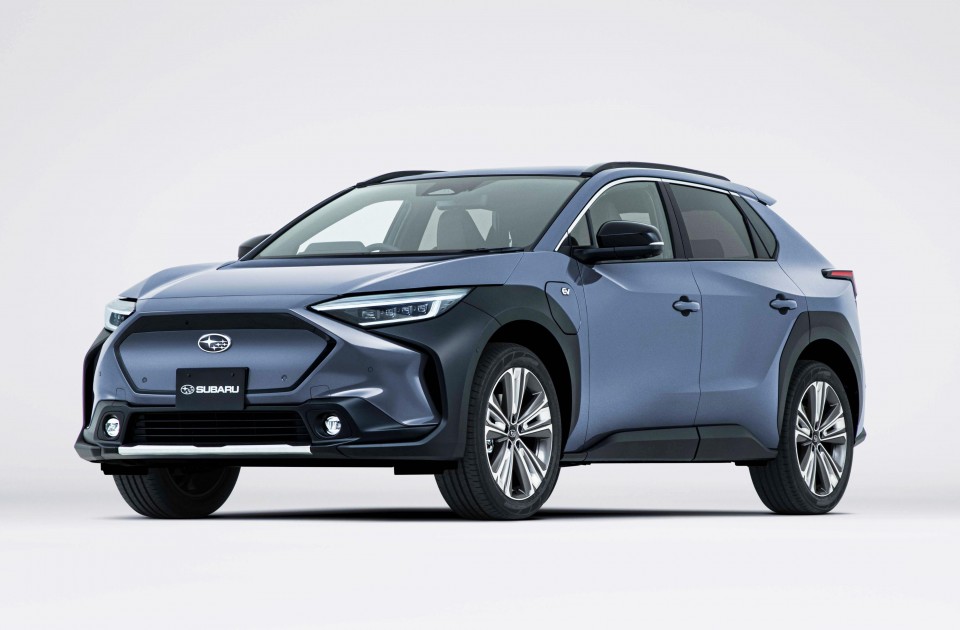 Subaru sold an EV in the Japanese domestic market from 2009 but the Solterra is its first attempt at marketing an all-electric model globally.

The four-wheel-drive model of the Solterra has an approximate range of 460 kilometers on a single charge while the two-wheel-drive version can travel 530 km.

Subaru has not revealed the suggested retail price of the new vehicle nor how many it aims to sell.