The move comes as tensions between the mainland and the self-ruled democratic island have been escalating, becoming a regular source of Sino-U.S. friction.

Taiwan has been also trying to bolster cooperation with Europe recently to challenge China's growing assertiveness on the island, which apparently prompted the leadership of President Xi Jinping to levy sanctions on the three Taiwan politicians. 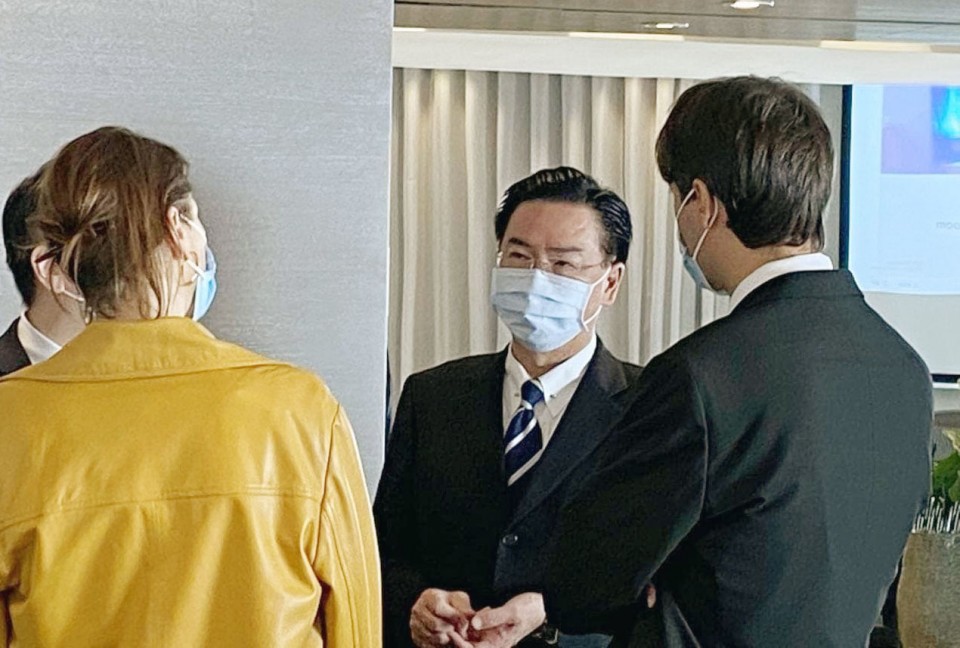 China said it will prohibit the three and their families from entering the mainland, Hong Kong and Macau.

On Thursday, Taiwan President Tsai Ing-wen held talks with a European Parliament delegation making a historic first visit to the island, much to the consternation of China that claims it as part of its territory.

Taiwanese officials and the European parliamentarians said on Friday that they do not fear a sanctions-wielding Beijing.

Su said on the legislative floor that while China's plan is "an affair of another country," it is his duty to fight for what is in Taiwan's best interests. "I am not afraid," the premier added.

Meanwhile, Raphael Glucksmann of France, who led the European Parliament delegation, told a press conference before departing Taiwan that he and his family members are already prohibited from visiting mainland China, Hong Kong and Macau. 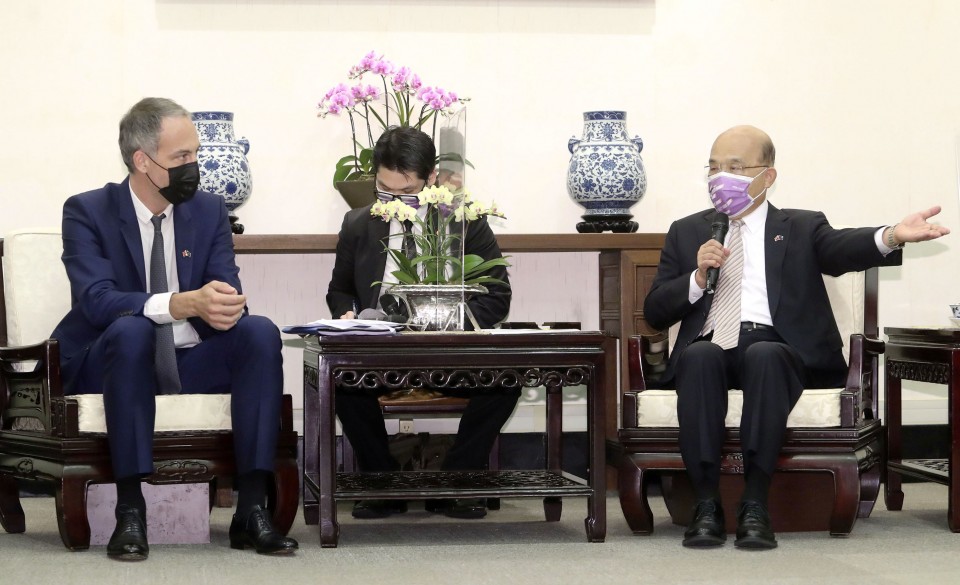 "I don't think that anybody of this delegation is afraid of any form of sanction (imposed by China)," he said.

Glucksmann emphasized that its visit was not a "provocation" to Beijing but for "normal" talks with another democracy on how to deepen their democratic systems.

He added that the European Union has every right to make its own decisions and policies based on the interests of European citizens and the founding principles of democracy, freedom and human dignity.

Relations between China and the United States have also become more fragile, especially after U.S. President Joe Biden said late last month that the United States is committed to defending Taiwan if China mounts an attack on the island.

Communist-led China and Taiwan have been governed separately since they split in 1949 as the result of a civil war. The mainland considers the island a renegade province and has vowed to reclaim it, by force if necessary.