The United States is planning to host an in-person summit of President Joe Biden and leaders of the Association of Southeast Asian Nations in Washington in January, ASEAN sources have said.

The summit would be the first face-to-face meeting of Biden and ASEAN leaders since he took office in January this year, as Washington is emphasizing its commitment to the region amid China's growing clout. 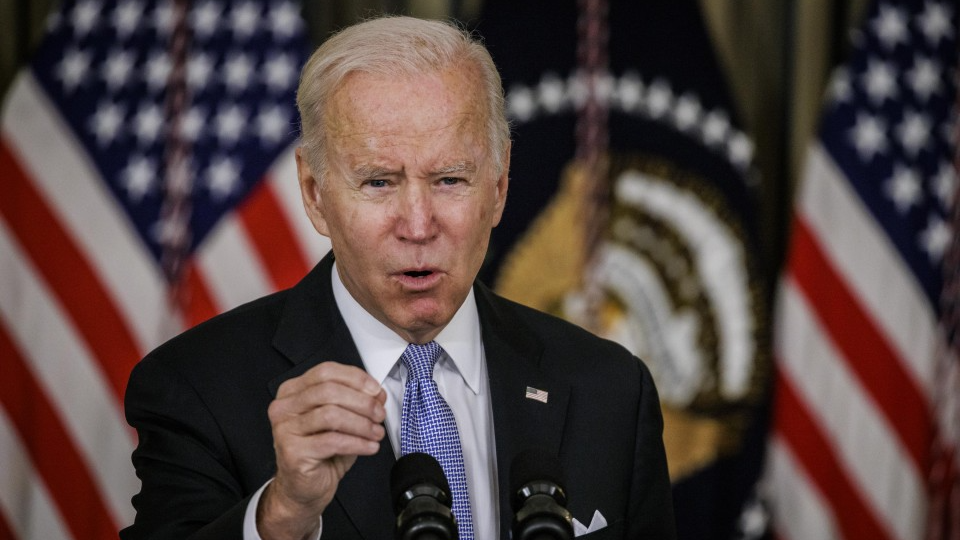 U.S. President Joe Biden speaks during a press conference in the White House in Washington on Nov. 6, 2021. (Getty/Kyodo)

The United States has proposed holding the summit in the third week of January and is coordinating the date with ASEAN members, the sources said.

Ahead of the summit, U.S. Secretary of State Antony Blinken is slated to visit some of the countries in the group, including Indonesia and Thailand, in December, they said.

However, the United States will probably not invite the leader of Myanmar's junta, Senior Gen. Min Aung Hlaing, to the summit, according to the sources. Min Aung Hlaing led the Feb. 1 coup that toppled the elected government of civilian leader Aung San Suu Kyi.

The meeting of Biden and ASEAN leaders is being arranged as Beijing is bolstering its ties with Southeast Asian countries. On Nov. 22, China and ASEAN agreed to upgrade their ties to a "comprehensive strategic partnership," with President Xi Jinping making a rare appearance during a special online summit of the two sides.

In late October, the United States and the 10-member bloc held a virtual summit, but without Myanmar. Biden said in the meeting that the United States will provide $102 million to the members of ASEAN to support the group's efforts to address the ongoing coronavirus pandemic and other issues.

Biden's predecessor Donald Trump only attended one U.S.-ASEAN summit, in 2017. 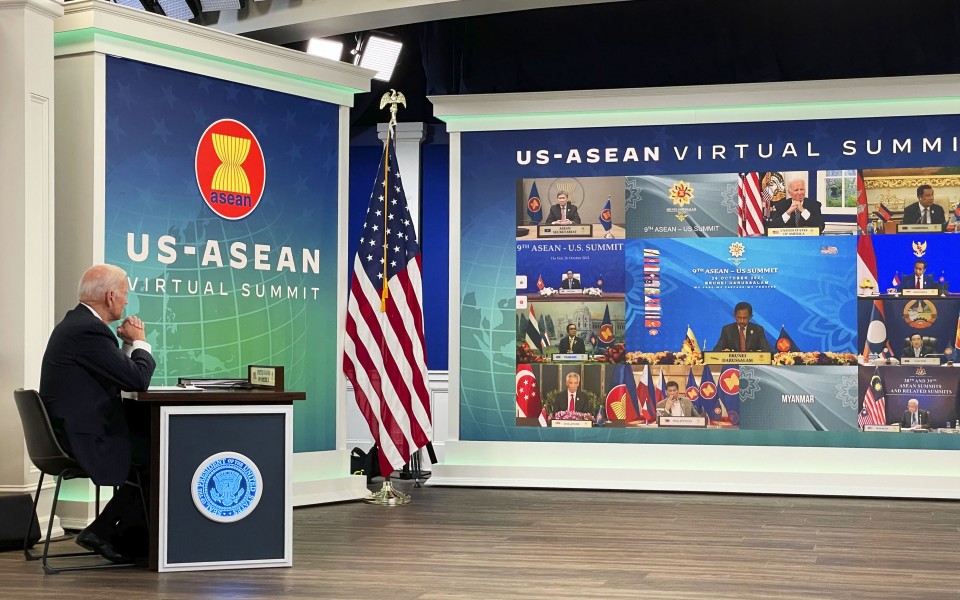 U.S. President Joe Biden (L) attends a virtual summit meeting with leaders of the Association of Southeast Asian Nations at the White House in Washington on Oct. 26, 2021. (Kyodo)