The defense ministers of Japan and Vietnam agreed Tuesday to "strongly oppose" unilateral attempts to change the status quo in regional waters, in a veiled reference to China's maritime expansion.

Defense Minister Nobuo Kishi and his Vietnamese counterpart Phan Van Giang discussed in Tokyo recent developments in the South and East China seas, confirming the two countries will work together to maintain the existing rules-based international order, according to the Japanese Defense Ministry. 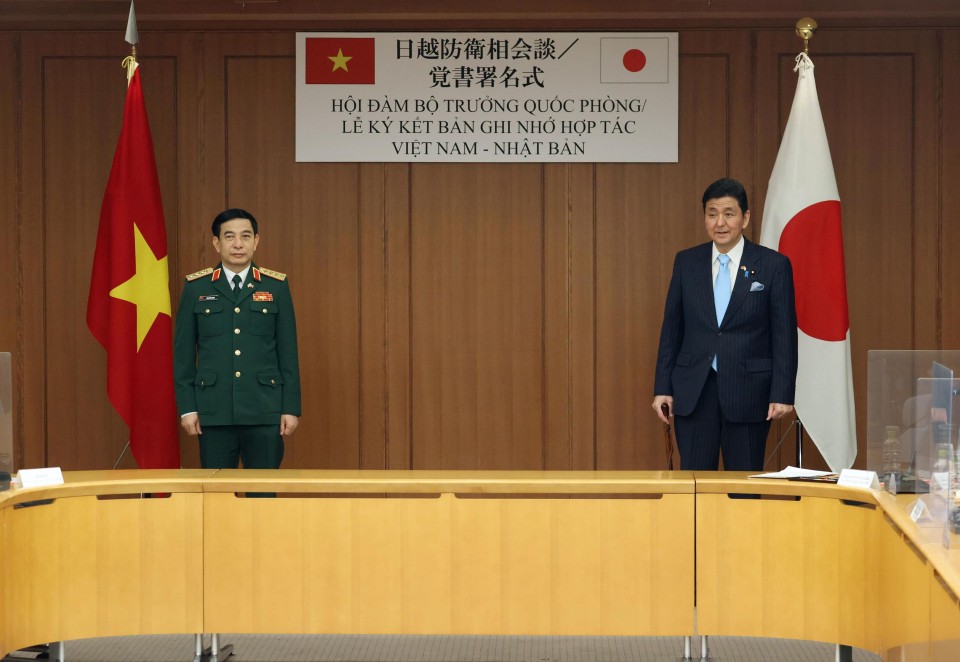 Describing such cooperation between the Japanese and Vietnamese defense authorities as having entered a "new level," the two ministers also witnessed the signing of two agreements on cybersecurity and military medicine.

"Japan and Vietnam agreed to more actively contribute to peace and stability in the region and the international community by utilizing each other's strengths and resources," Kishi told reporters after the meeting.

The new areas of cooperation were established after they struck a deal in September enabling exports of Japanese-made defense equipment and technology to Vietnam, which is involved in a territorial dispute with China in the South China Sea.

Under the two agreements, Japan will strengthen its support for Vietnam in dealing with cyberattacks as well as health problems while serving in submarines and planes, such as through the dispatch of experts to provide know-how, according to officials at the ministry.

In the East China Sea, tensions over the uninhabited Senkaku Islands, which are controlled by Japan and claimed by China, have shown no signs of easing.

Among other issues, the defense ministers reaffirmed Japan and Vietnam will boost cooperation on peacekeeping operations.

As Vietnam prepares to join a U.N. mission in Abyei, a contested region between Sudan and South Sudan, Kishi said Ground Self-Defense Force personnel will be sent to Vietnam to share Japan's experience and expertise related to peacekeeping operations.

Ippeita Nishida, a senior research fellow at the Sasakawa Peace Foundation, said the increased cooperation between Japan and Vietnam will have a wider significance, "bearing in mind China's more active military operations in Southeast Asia."

Nishida, an expert on Japan's defense diplomacy, said he expects it to contribute to enhanced defense cooperation with other members of the Association of Southeast Asian Nations, as well as the United States and Australia. 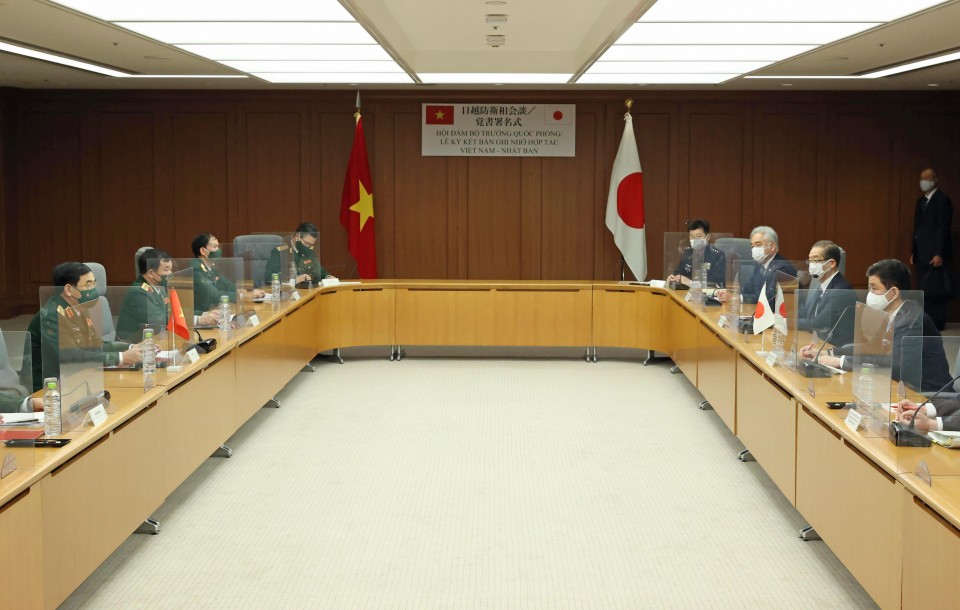