A bipartisan U.S. congressional delegation, including five House of Representatives members, held talks with Taiwanese President Tsai Ing-wen on Friday after arriving in Taipei the previous day, immediately triggering a backlash from China.

In her opening remarks, Tsai said self-ruled Taiwan will "continue to step up cooperation with the United States to uphold our shared values of freedom and democracy and ensure peace and stability in the region."

Democrat Mark Takano, who led the delegation, praised Tsai's leadership, saying that under her administration, "the bonds between us are more positive and productive than they have been for decades." 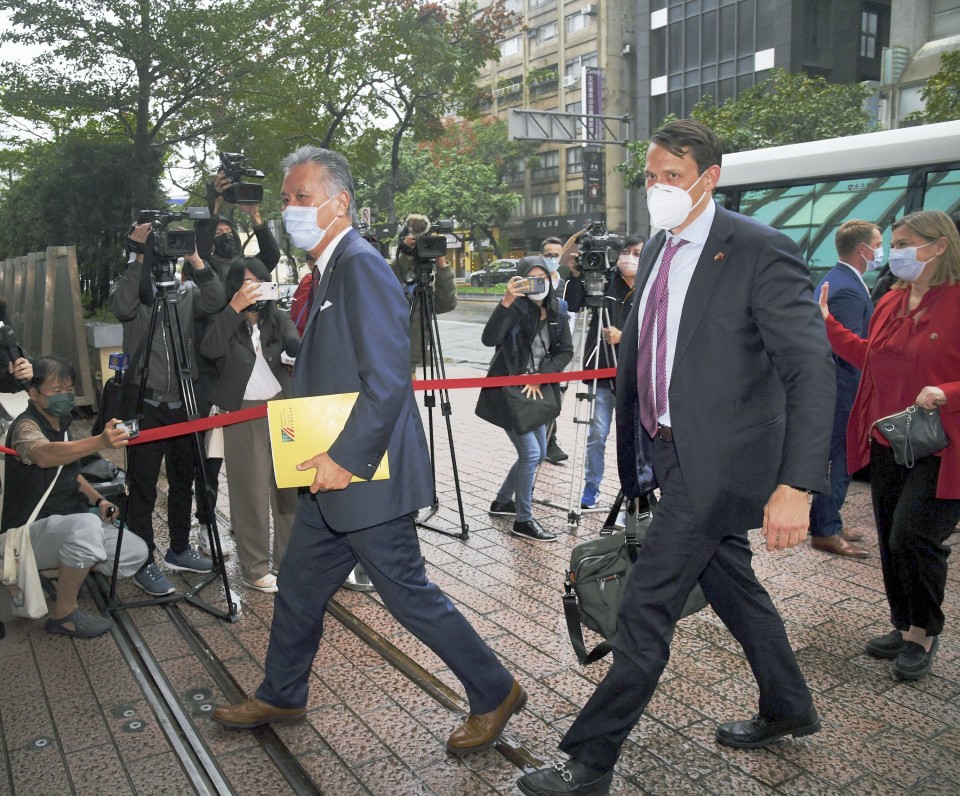 Democrat Mark Takano (L) and other members of a bipartisan U.S. congressional delegation are pictured during their visit to Taiwan in Taipei on Nov. 26, 2021. (Central News Agency/Kyodo)

"Our commitment to Taiwan is rock solid and has remained steadfast as the ties between us have deepened. Taiwan is a democratic success story, a reliable partner and a force for good in the world."

The third congressional delegation to Taiwan this year comes amid bipartisan support in Washington for the democratically ruled island that is facing diplomatic and military pressure from an increasingly assertive China.

Later Friday, China criticized the latest move by the United States and Taiwan, saying it has lodged a protest against Washington.

Chinese Foreign Ministry spokesman Zhao Lijian told reporters in Beijing that the Communist-led government "expresses strong dissatisfaction with and firm opposition to" the visit by the U.S. lawmakers to Taiwan. 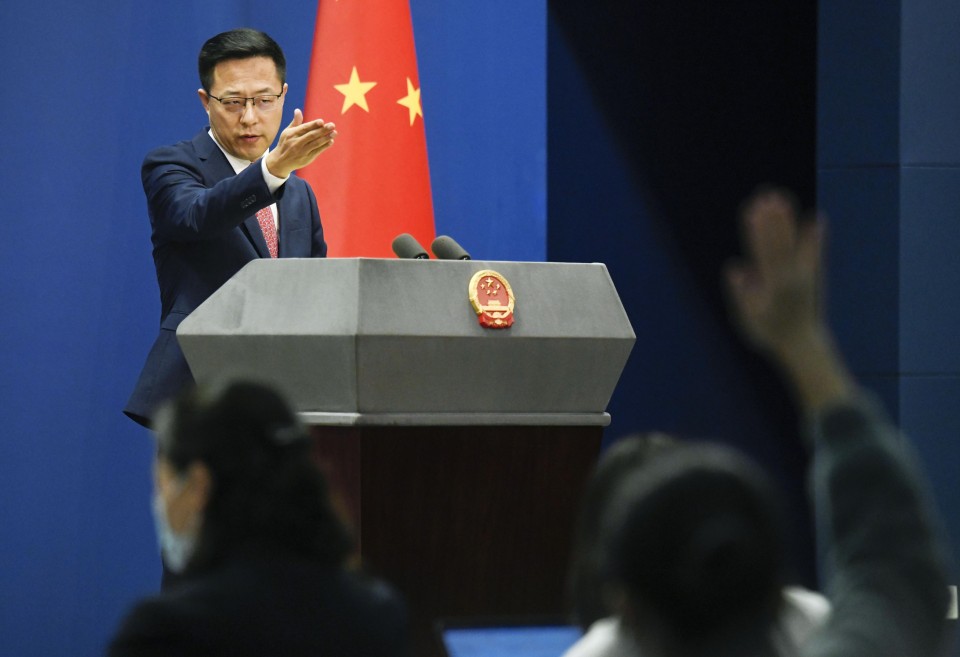 Takano and the four House members in the delegation include three other Democrats and Republican Nancy Mace.

In her meeting with the delegation at her office, Tsai cited a recent major upgrade in Taiwan's F-16 fighter jets and the resumption of negotiations under a bilateral trade and investment framework agreement as examples of strengthened partnership between Taipei and Washington.

"We believe these talks are laying a solid foundation for a stronger bilateral economic partnership," she said.

Takano said the delegation was in Taiwan to remind "our partners and allies" that "our commitments and our shared responsibility for a free and secure Indo-Pacific region remain stronger than ever."

The lawmaker voiced hope that frequent travels to Taiwan by U.S. policymakers will become "business as usual again."

According to Taiwan's Central News Agency, the delegation also met with former Defense Minister Feng Shih-kuan in the morning. It is also scheduled to visit the Defense Ministry.

The delegation flew in by plane on Thursday. The American Institute in Taiwan, Washington's de facto embassy, has said that during its two-day visit, the delegation would discuss with senior Taiwanese leaders U.S.-Taiwan relations, regional security and "other significant issues of mutual interest."

The administration of President Joe Biden recently invited Taiwan, along with Japan and dozens of other countries, to a virtual meeting of the leaders of the world's democracies to be held on Dec. 9 and 10.

Taiwan and mainland China have been governed separately since they split amid a civil war in 1949. The government in Beijing, led by the Chinese Communist Party, regards Taiwan as a renegade province to be reunified with the mainland by force if necessary.