Japanese Prime Minister Fumio Kishida and his Vietnamese counterpart Pham Minh Chinh on Wednesday agreed to step up security cooperation between their countries while sharing "serious concerns" over aggressive moves in regional waters in a veiled reference to China's growing assertiveness.

A joint statement following their meeting in Tokyo said the two agreed on the importance of upholding an international order that is based on law, while affirming they will work together toward economic recovery from the coronavirus pandemic. 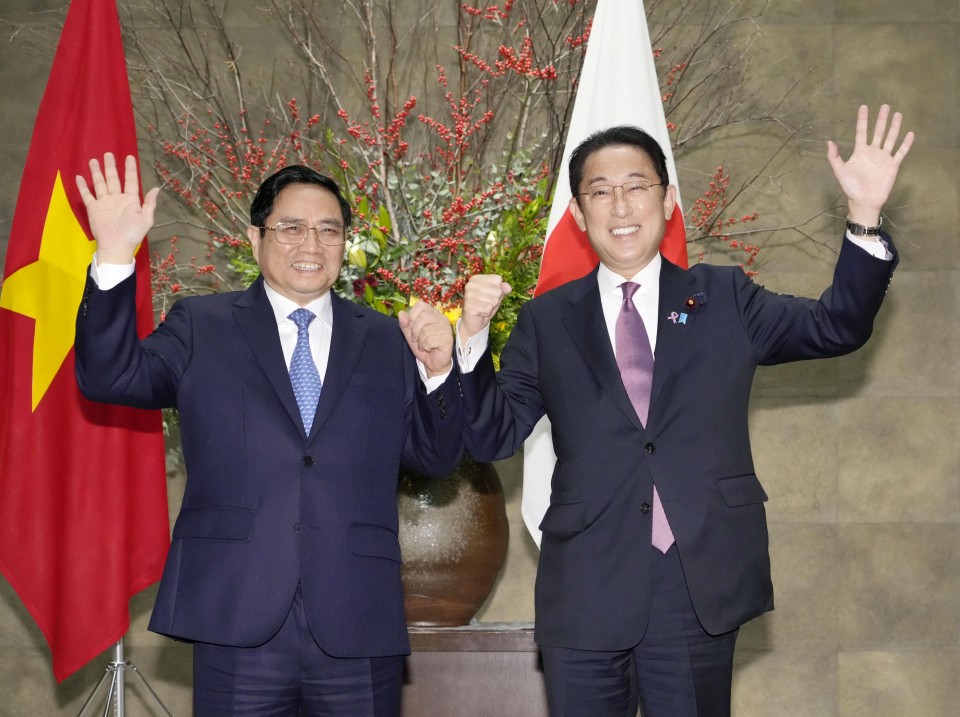 Japanese Prime Minister Fumio Kishida (R) and his Vietnamese counterpart Pham Minh Chinh pose for photos ahead of their talks in Tokyo on Nov. 24, 2021. (Kyodo)

"Vietnam is an important partner for Japan which will serve as the linchpin in our efforts to realize a free and open Indo-Pacific," Kishida said as he met the press with Chinh after their talks.

The leaders "expressed serious concerns about the situation in the South China Sea and any unilateral attempts to change the status quo and increase tensions," the statement said, while calling for any disputes to be resolved in line with international law.

Kishida hosted his first foreign leader since taking office on Oct. 4 as he seeks to add to his diplomatic resume, which also includes serving as foreign minister from 2012 to 2017.

The two agreed to step up discussions on utilizing an agreement signed in September allowing exports of Japanese-made defense equipment including ships to Vietnam.

"Our countries consider each other the most important and long-term partners, and I hope we can continue to elevate bilateral relations to new horizons," said Chinh, who arrived in Tokyo on Monday for a four-day visit.

Both countries are involved in territorial disputes with China. China claims the Japanese-controlled Senkaku Islands in the East China Sea, while Vietnam has disputes in the South China Sea, where Beijing has expansive claims.

Many Japanese firms have factories in Vietnam or use Vietnamese components in their products, and Kishida and Chinh agreed to strengthen supply chains across their countries, including through the use of digital technologies and diversifying manufacturing facilities.

The two also affirmed cooperation in improving conditions for Vietnamese technical interns and students in Japan, according to the joint statement.

In addition to the situation in the South China Sea, they exchanged views on other regional issues including North Korea. They voiced concerns over the country's recent missile launches and urged it to adhere to U.N. Security Council resolutions banning it from using ballistic and nuclear tests.

On Myanmar, which has been under military rule since the democratically elected government was ousted in a February coup, Kishida said Japan supports the Association of Southeast Asian Nations' efforts to play a mediating role. 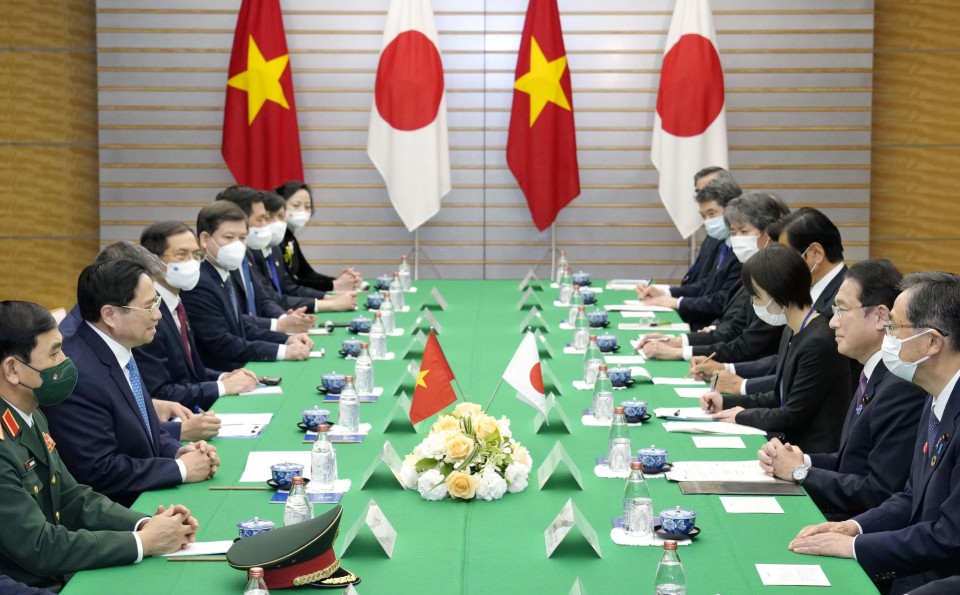