Japan has confirmed its first case of the new Omicron variant of the coronavirus, government officials said Tuesday as scientists race to determine how transmissible it is and whether it can evade immunity from vaccines or previous infection.

A man in his 30s was found to be infected with the heavily mutated strain, which was first reported by South Africa last week, after arriving from Namibia at Narita airport near Tokyo on Sunday, Chief Cabinet Secretary Hirokazu Matsuno told a press conference.

The World Health Organization has designated the Omicron variant a "variant of concern," warning it is likely to spread globally and poses a "very high" risk. 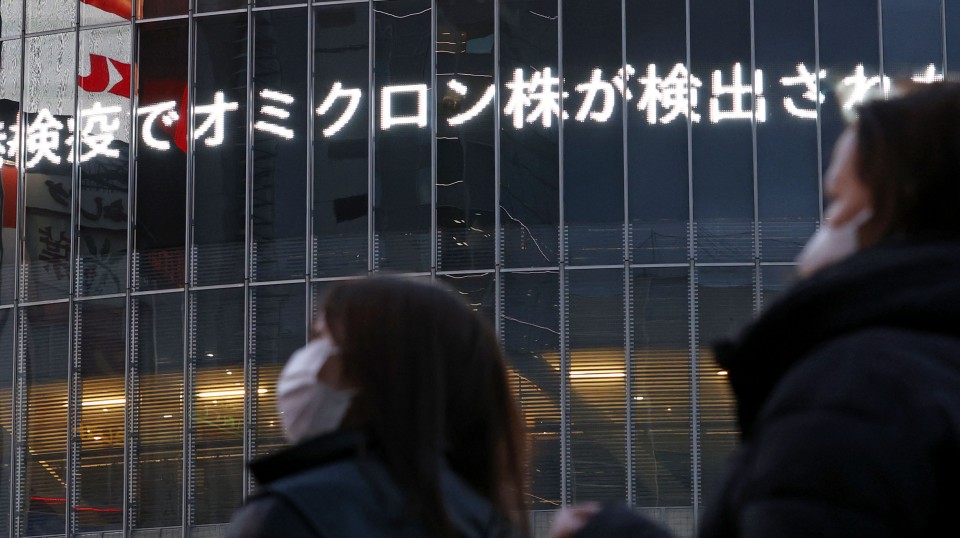 A large screen at the famous scramble crossing in Tokyo's Shibuya district on Nov. 30, 2021 displays a news report of Japan confirming its first case of infection by the new Omicron variant of the coronavirus. (Kyodo)

The strain has already been confirmed in several countries in Africa and Europe as well as Canada, Australia, Israel and Hong Kong.

The man tested positive for the coronavirus upon arrival and samples were being examined at the National Institute of Infectious Diseases to confirm whether it was the Omicron variant, Matsuno, the government's top spokesman, said.

Around 70 people who were on the same flight as the man, a Namibian diplomat, have tested negative and are being treated as close contacts, health minister Shigeyuki Goto told reporters.

The man, who is currently in quarantine at a medical facility, was fully vaccinated, Goto said.

Prime Minister Fumio Kishida, who called an emergency meeting with Cabinet members, told government officials to gather information and brief the public in an easy-to-understand manner, according to a person who sat in on the talks.

Matsuno said he was instructed by Kishida to head a new government task force to deal with the Omicron variant.

Concerns over the variant have prompted a number of countries to tighten travel restrictions.

Japan closed its borders to new arrivals of foreigners from Tuesday and requires citizens and foreigners with resident status returning from high-risk areas to spend up to 10 days of their 14-day isolation periods in a government-designated facility.

Overseas arrivals at major airports across Japan expressed concern at how fast the new variant was spreading across the world.

"I thought it was only a matter of time (until it entered Japan), but I didn't expect it to spread so fast," said a 50-year-old man at Narita airport who had just returned from a trip home to South Korea.

Hidemasa Kuribayashi, 51, who arrived at Osaka's Kansai International Airport from the Philippines, agreed with the reinstatement of longer quarantine periods since "we still don't know what kind of virus the Omicron strain is."

Kishida vowed to take every precaution to "avoid the worst-case scenario" in announcing the measures, which come just three weeks after Japan eased entry rules for businesspeople, international students and participants in its technical internship program.

The health ministry said the Namibian man showed no symptoms at the airport but developed a fever on Monday, while two family members traveling with him have tested negative and are quarantining at a government-designated facility.

The emergence of the Omicron variant comes as Japan is experiencing a dip in infections. Just 132 new coronavirus cases were reported across the country on Tuesday.

The previous wave of infections, caused by the Delta variant this summer, peaked at more than 25,000 cases per day. 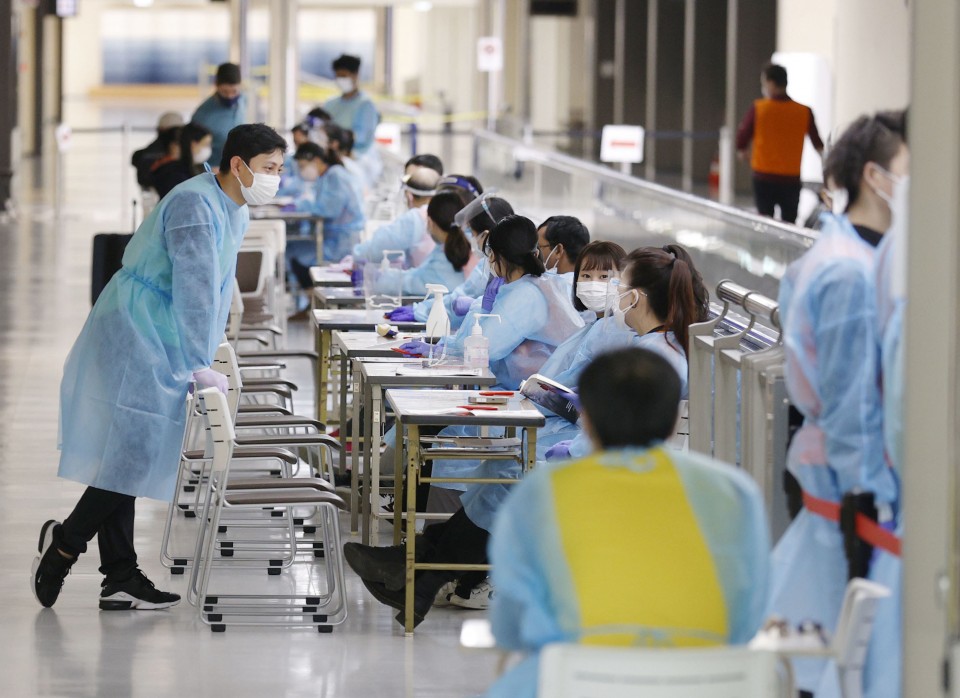