Lone yokozuna Terunofuji will head into the final weekend of the Fukuoka Grand Sumo Tournament with the outright lead and a perfect 13-0 record after dominating sekiwake Mitakeumi on Friday.

He holds a one-win buffer over No. 15 maegashira Abi, who took sole ownership of second place after stunning ozeki Takakeisho in a tie-breaking battle on Day 13 at Fukuoka Kokusai Center.

Having won 11 of their 15 previous top-level meetings, Terunofuji maintained his superiority over Mitakeumi (9-4) at the 15-day tournament, taking his belt at the jump and bulldozing him straight back and out. 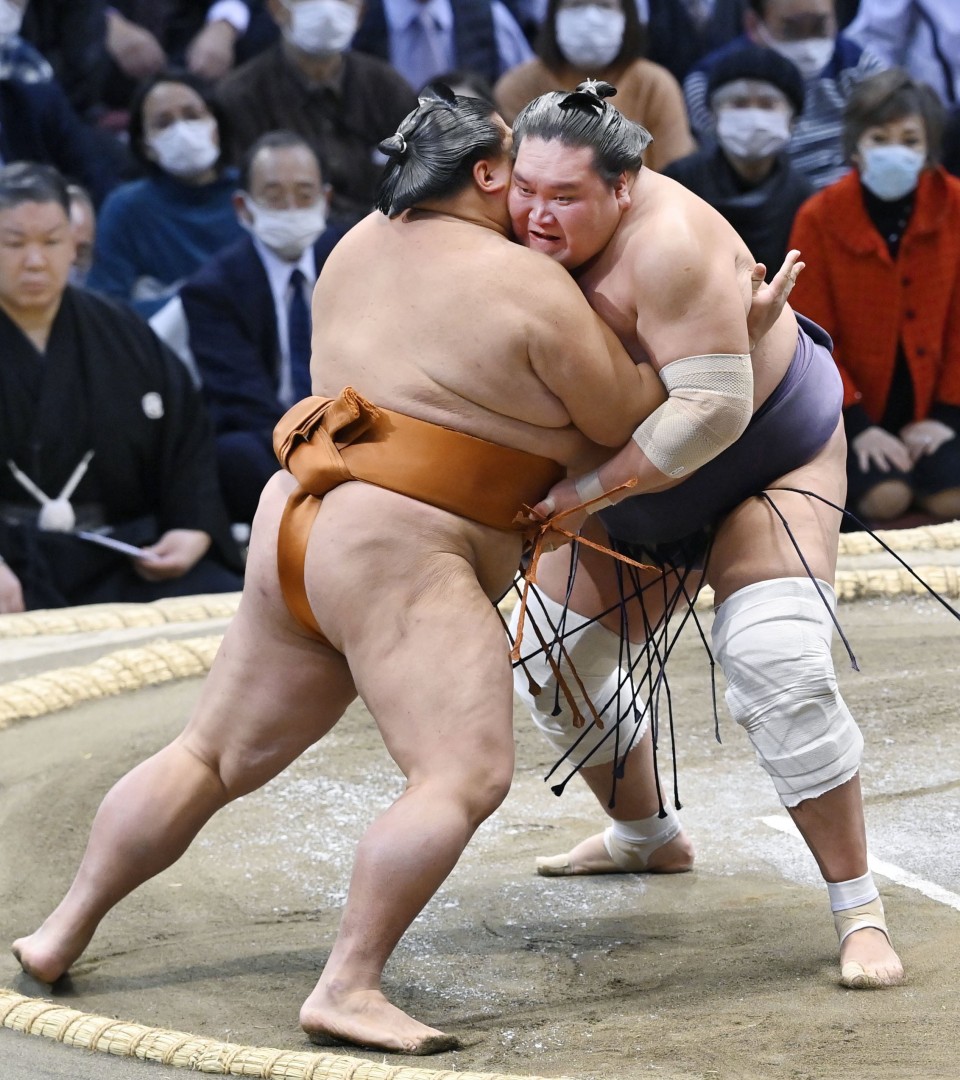 Sumo's sole yokozuna following Hakuho's recent retirement, the 29-year-old Terunofuji will continue his bid for a sixth Emperor's Cup on Saturday against Abi.

Fighting in the top division for the first time since serving a three-tournament suspension for breaking the Japan Sumo Association's coronavirus safety rules in July 2020, former komusubi Abi continued to impress in Fukuoka.

Tied at 11-1 with fellow pusher-thruster Takakeisho coming into their bout, Abi never took a backward step in the anticipated battle.

Following a false start, he met Takakeisho's opening drive head-on and gained the upper hand as the pair traded blows. With Takakeisho (11-2) grabbing for his arm, Abi (12-1) kept moving forward and pushed the ozeki out.

"I think I was able to perform my style of sumo. I was still focused (after the false start) and was able to have a good opening charge and go right on," Abi said. 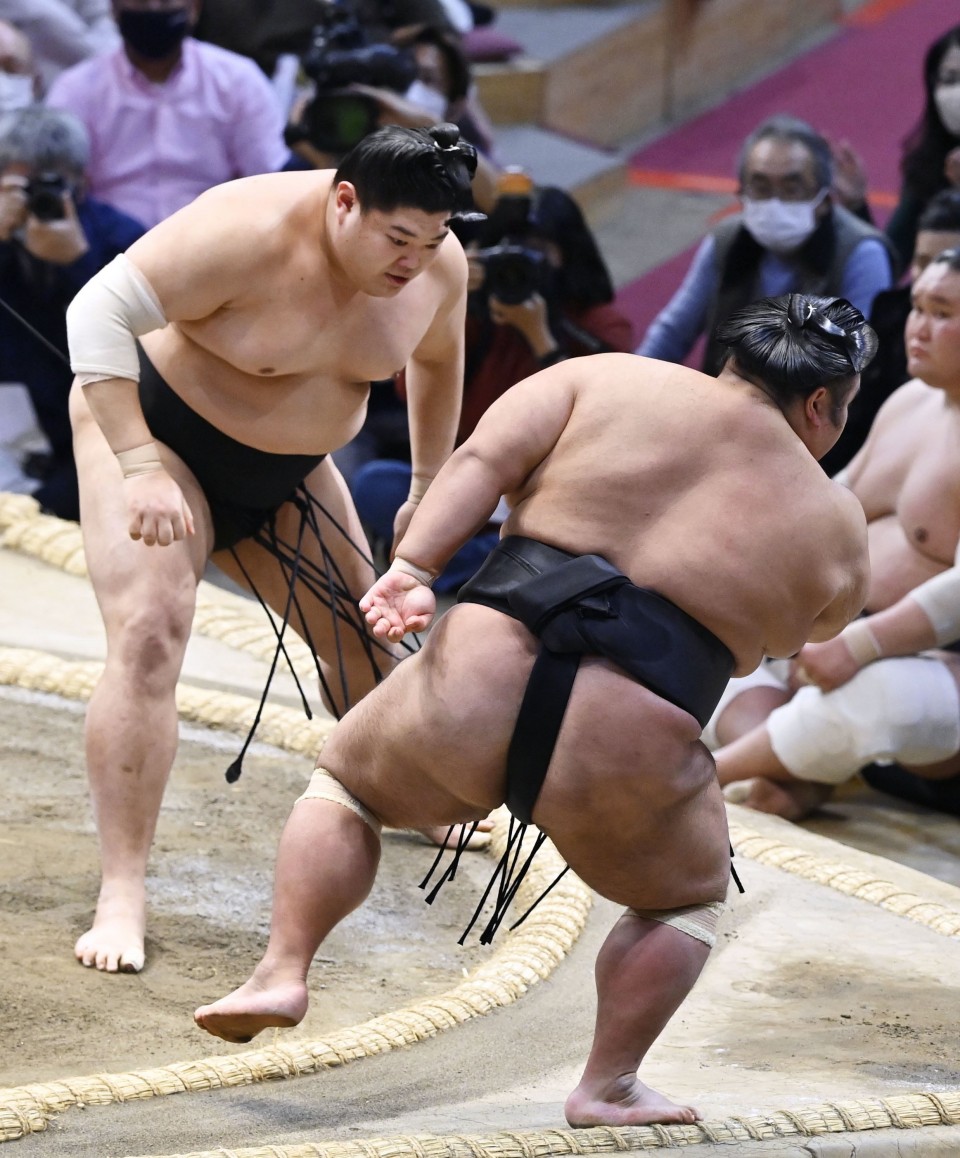 Ozeki Shodai improved to 9-4 by forcing out No. 6 Tamawashi (9-4), driving the one-time Emperor's Cup winner straight back from the jump.

Sekiwake Meisei (5-8) succumbed to a push out against No. 4 Endo (7-6) and is set for demotion from sumo's third-highest ranks. Following multiple false starts, former komusubi Endo burst out of the blocks and kept moving forward as he shoved Meisei out.

Komusubi Ichinojo (5-8) will finish the tournament with a losing record after taking his eighth defeat against No. 7 Ura (10-3), who toppled the 206-kilogram giant with an under-shoulder swing down.

Komusubi Kiribayama improved to 5-8, throwing No. 4 Takarafuji (4-9) near the edge to end a nearly minute-long bout.

No. 9 Hidenoumi (8-5) clinched his all-important eighth win by pushing out No. 5 Takayasu (5-8) and consigning the former ozeki to a losing record for the tournament.

No. 14 Chiyonokuni and No. 16 Akua also secured winning records at 8-5 with victories over rank-and-file opponents.