Japan's core consumer prices rose 0.1 percent in September, the first year-on-year gain in 18 months, pushed up by higher energy prices at a time when the economy remains fragile as a result of the spread of COVID-19, government data showed Friday.

But the gain in the nationwide core consumer price index, excluding volatile fresh food items, is unlikely to change the view that the Bank of Japan will need to maintain its monetary easing as it is still far off achieving its 2 percent inflation target. 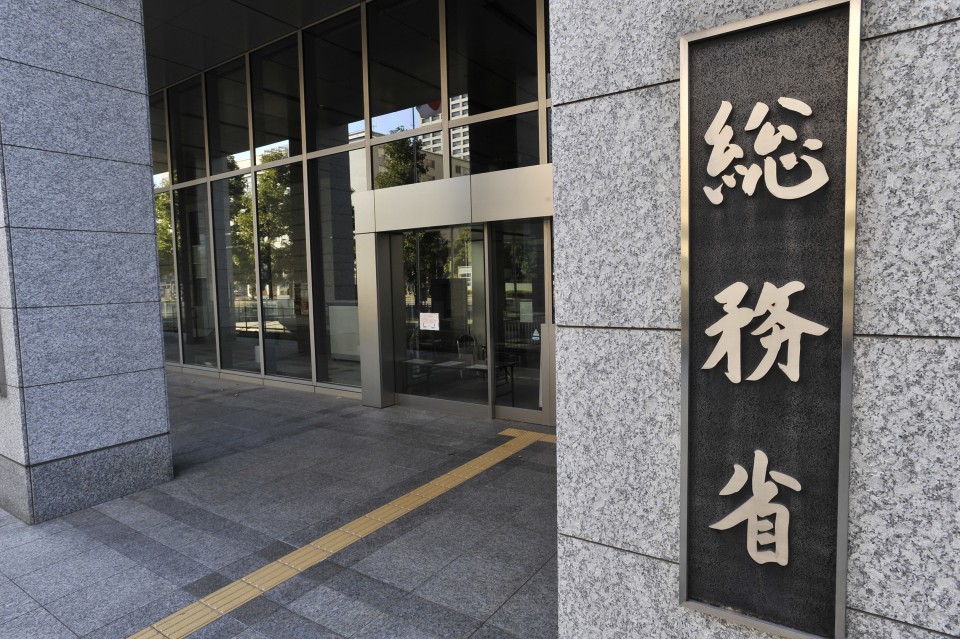 File photo shows the Ministry of Internal Affairs and Communications in Tokyo. (Kyodo)

Another major gainer was accommodation fees, which climbed 43.1 percent, after a sharp drop a year earlier under the government's "Go To Travel" subsidy program to spur local tourism. It began in late July last year but was suspended nationwide in late December amid the spread of the coronavirus.

Recent gains in energy prices have been in a tug of war with sharply lower mobile phone charges, which tumbled 44.8 percent as major Japanese carriers started offering cheaper plans in the face of mounting government pressure to do so.

"Households will feel higher gasoline and kerosene prices more in the winter, which will pressure them financially," Kodama added.

Excluding both fresh food and energy items, the so-called core-core CPI fell 0.5 percent, down for the sixth straight month.

The yen's recent fall against the U.S. dollar and other currencies has already been inflating prices of imported goods and wholesale prices have gained sharply in recent months.

Toru Suehiro, a senior economist at Daiwa Securities Co., expects the core CPI to rise toward 0.5 percent in coming months.

"The impact of the weaker yen will be felt more in imported consumer products in coming months," Suehiro said.

The rise comes at a "bad" time for consumers and could cool consumer sentiment, he said, as domestic demand remains weak due to the spread of COVID-19.

The CPI gain in September is rather modest when compared with the United States and some European nations where accelerating inflation has raised the prospect of their central banks reducing crisis-mode monetary support.

The BOJ is not in a hurry to start reducing stimulus with inflation expected to pick up only moderately.

Companies are reluctant to pass higher costs on to consumers for fear of hurting demand.

"Consumers may feel prices are rising. But it doesn't mean that inflation expectations will also rise as Japan has experienced years of deflation," Kodama said. "The concern is that economic conditions will deteriorate, taking a hit from higher energy prices."