Six people were injured after falling about 2.4 meters from the third floor to the second floor as a part of a five-story building collapsed at an amusement park Sunday in Hyogo Prefecture, western Japan, according to police.

The police launched an on-site probe Monday on suspicion of professional negligence resulting in injury after a 24-year-old man and 27-year-old women, both from Osaka Prefecture, suffered pelvic fractures in the accident at the wooden-structure maze attraction. 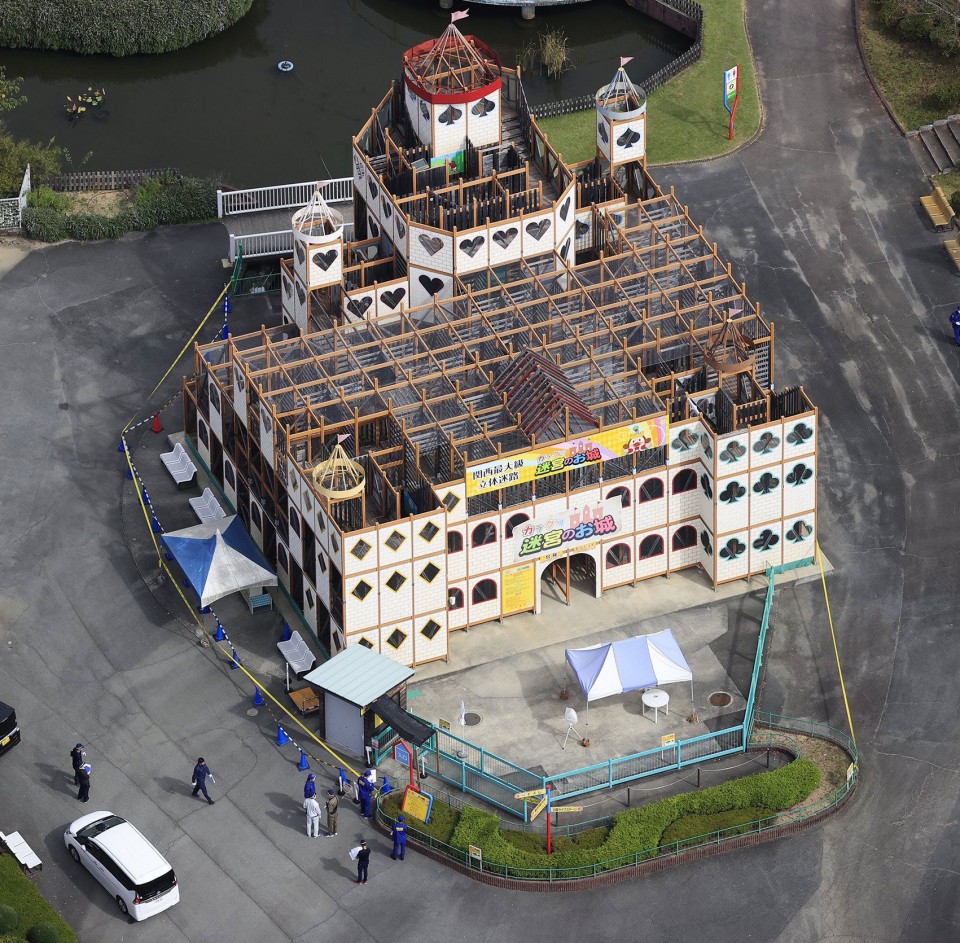 Four others, including a 7-year-old girl, sustained minor injuries. The seriously injured man's 1-year-old daughter also fell but was not hurt, the police said.

There were no people on the second floor at the time of the accident at around 2 p.m., they said.

The Tojoko Omochaokoku park in Kato will be closed from Monday to Thursday.

"We will do our utmost to provide necessary care for the victims, as well as find the cause of the accident and implement measures to prevent any recurrences," the park said.

A part of the third floor of the attraction -- about 1 meter in width and 2.3 meters in length -- collapsed after the beam sustaining the wooden floor was displaced.

The maze opened in April 2013 at the park, which was opened in July 2000, with a safety check of the attraction being conducted every day, according to the park.

"I thought an accident like this could happen any day as many parts of the facilities looked to be aging, but I was surprised that it really happened," a female visitor in her 20s said, adding the maze was crowded with many children.

On Sunday, about 2,000 people visited the park, which continued to operate after the maze attraction was closed.