Japanese opposition parties lashed out Thursday at Prime Minister Fumio Kishida who dissolved the lower house for a general election, terming his remarks on key issues including raising the capital gains tax as "inconsistent."

Kishida is seeking a mandate in the Oct. 31 election to proceed with his priorities of bolstering the coronavirus response and making sure the economy recovers from the COVID-19 fallout and grows, a requisite for him to follow through on his campaign pledge of redistributing wealth. 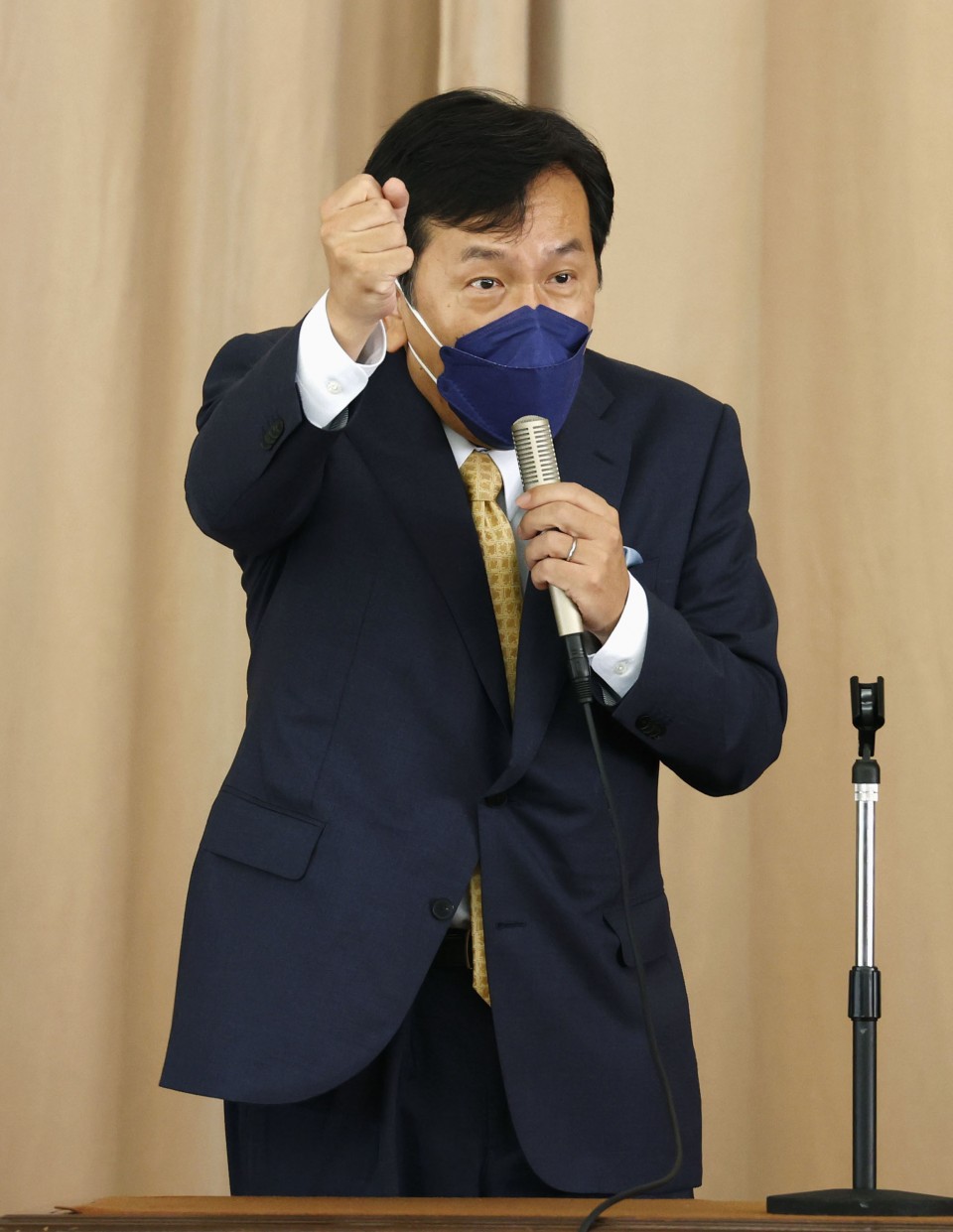 Yukio Edano, leader of the main opposition Constitutional Democratic Party of Japan, addresses a meeting of all party lawmakers at parliament in Tokyo on Oct. 14, 2021.

"Why is it that he teetered over the issue of raising the capital gains tax? People will not be convinced unless he explains," said Tetsuro Fukuyama, the secretary general of the largest opposition Constitutional Democratic Party of Japan.

"In the House of Representatives election, we will ask voters to choose between a prime minister who flip-flops and our leader Yukio Edano who doesn't waver (over issues)," he said.

Kishida had initially called for a higher tax rate on capital gains and dividends, as the current 20 percent is seen by critics as benefiting wealthy people.

But his remarks apparently raised alarm among some investors and Tokyo stocks subsequently slumped, prompting Kishida to tone down his rhetoric and say he is not considering touching the issue immediately.

The ruling Liberal Democratic Party's campaign platform for the election does not touch on the capital gains tax or Kishida's ambitious goal of doubling the country's income, set during his campaigning for the LDP presidential race last month.

"His income-doubling plan disappeared like a mirage from his policy speech (delivered at the Diet last week)," Yuichiro Tamaki, leader of the Democratic Party for the People, said, raising questions about the prime minister's economic policy.

Opposition parties are seeking to join forces as a counterbalance to the ruling coalition of the LDP and Komeito that is seeking to retain a majority in the powerful lower house.

"It became clear that the prime minister was inconsistent in his remarks during the three days of Diet questioning (earlier this week)," said Akira Koike, second-in-command of the Japanese Communist Party.

"We will ask voters to entrust us, the coalition of opposition parties, to form a government," he said.