Japanese Princess Mako on Sunday visited the Imperial Palace to attend an annual ritual ceremony, her last as an imperial family member as she is scheduled to marry her commoner boyfriend later this month.

Princess Mako, 29, whose fiance Kei Komuro returned from the United States last month, entered the palace by car with her younger sister, Princess Kako. Sitting side by side in the back seat, the princesses opened the window to wave with a smile at people who had gathered along the road in the rain. 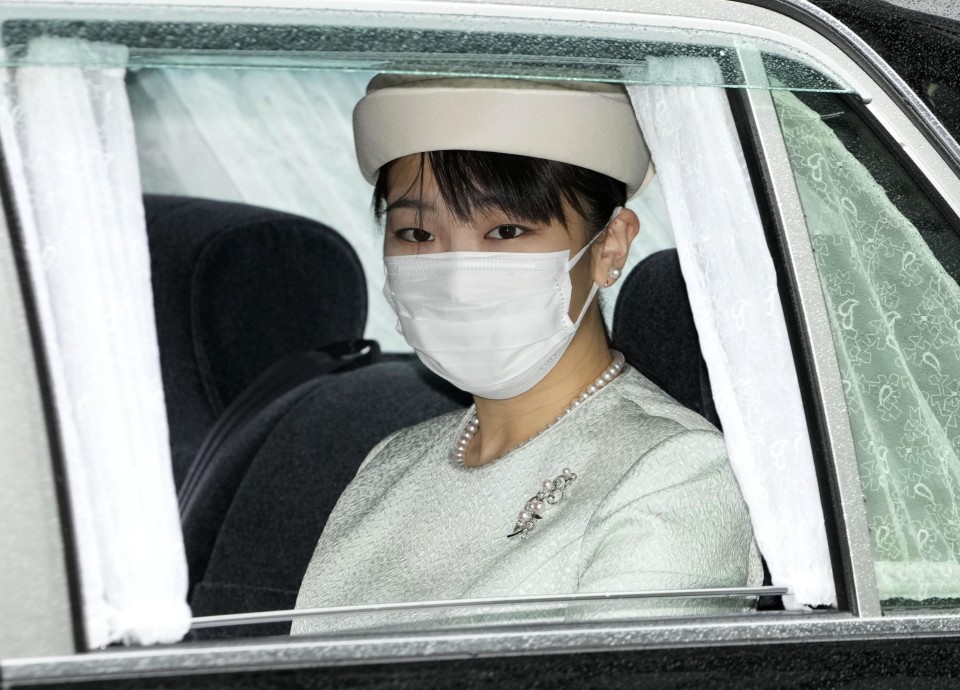 Komuro, 30, who left for New York in August 2018 to study at Fordham University's law school, is expected to see Princess Mako in person for the first time in more than three years on Monday, when they meet her parents at the Akasaka Estate in Tokyo before the planned marriage on Oct. 26.

After the couple registers the marriage, the princess, a niece of Emperor Naruhito, will move out of the estate the same day. They are set to start a new life in the United States.

The marriage had been put on hold for a long time due to an unresolved financial dispute involving Komuro's mother.

The rite the princess attended with other imperial family members at Kashikodokoro, a shrine dedicated to the Shinto sun goddess Amaterasu, at the palace is called Kannamesai, which offers the year's new rice harvest.

On Tuesday, the princess will make a private visit to the Imperial Palace Sanctuaries, which include Kashikodokoro and enshrine the family's ancestors.

She will then meet the emperor and empress on Friday to report about her plans to marry Komuro.

Their wedding was initially scheduled for Nov. 4, 2018, but the Imperial Household Agency announced in February the same year the postponement of ritual ceremonies following media reports detailing the financial trouble between Komuro's mother and her former fiance.

Earlier this month, the agency said the princess is scheduled to marry on Oct. 26 and will hold a press conference with Komuro later in the day, the first since the trouble was revealed.

When the schedule was officially announced, the agency disclosed the princess had been diagnosed with complex post-traumatic stress disorder caused by what she described as psychological abuse the couple and their families received in connection with the marriage.