Kishida told executives of the plant's operator, Tokyo Electric Power Company Holdings Inc., that decommissioning is a "prerequisite for reconstruction" of Japan's northeastern region, devastated by a magnitude-9.0 earthquake, tsunami and subsequent nuclear crisis in 2011. 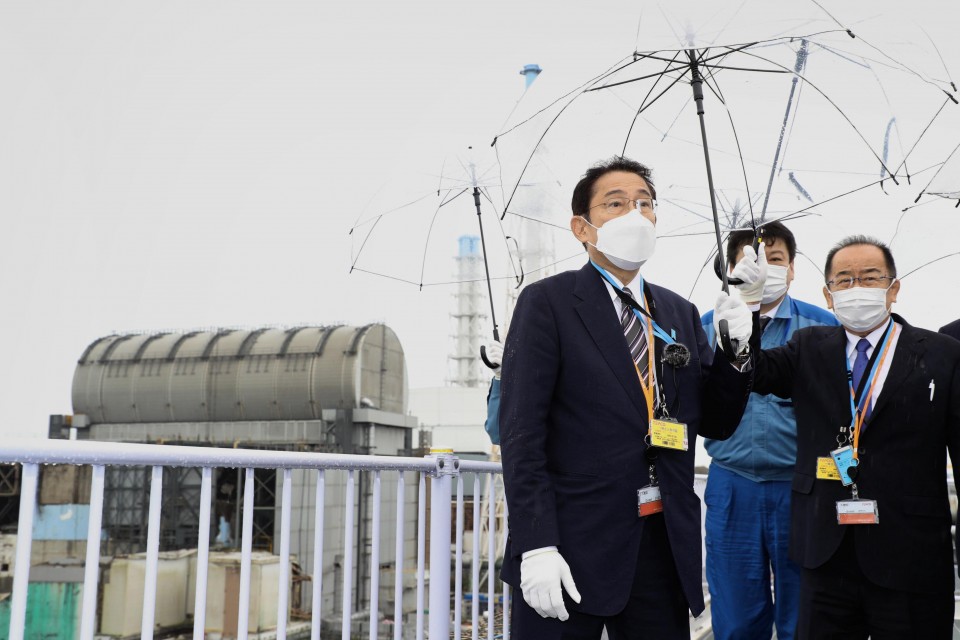 "I would like you to work steadily by valuing a relationship of trust with the local community," said Kishida, who took office on Oct. 4 after winning the leadership election of the ruling Liberal Democratic Party.

After inspecting the plant, which suffered multiple meltdowns, Kishida offered flowers and prayed at a monument to the disaster in Namie, a town that was once entirely off-limits due to the nuclear crisis.

Kishida's trip to several places in Fukushima Prefecture came a day after he visited the country's northeastern region for the first time since becoming prime minister and two days before official campaigning for the upcoming general election starts.

Kishida dissolved the House of Representatives on Thursday for the Oct. 31 election, seeking a public mandate for his new government and policies.

Kishida and the ruling party have promoted the use of nuclear power. He has said the government will restart nuclear power plants that meet safety standards by gaining local consent to help Japan reach its goal of attaining carbon neutrality by 2050.