Japan's Hiroshi Iwata holds a one-stroke lead after carding a 7-under 63 in Thursday's opening round of the Zozo Championship.

Masters champion Hideki Matsuyama and Chile's Joaquin Niemann finished the day one shot back in a tie for second on the par-70 Narashino Country Club course in Chiba Prefecture near Tokyo. 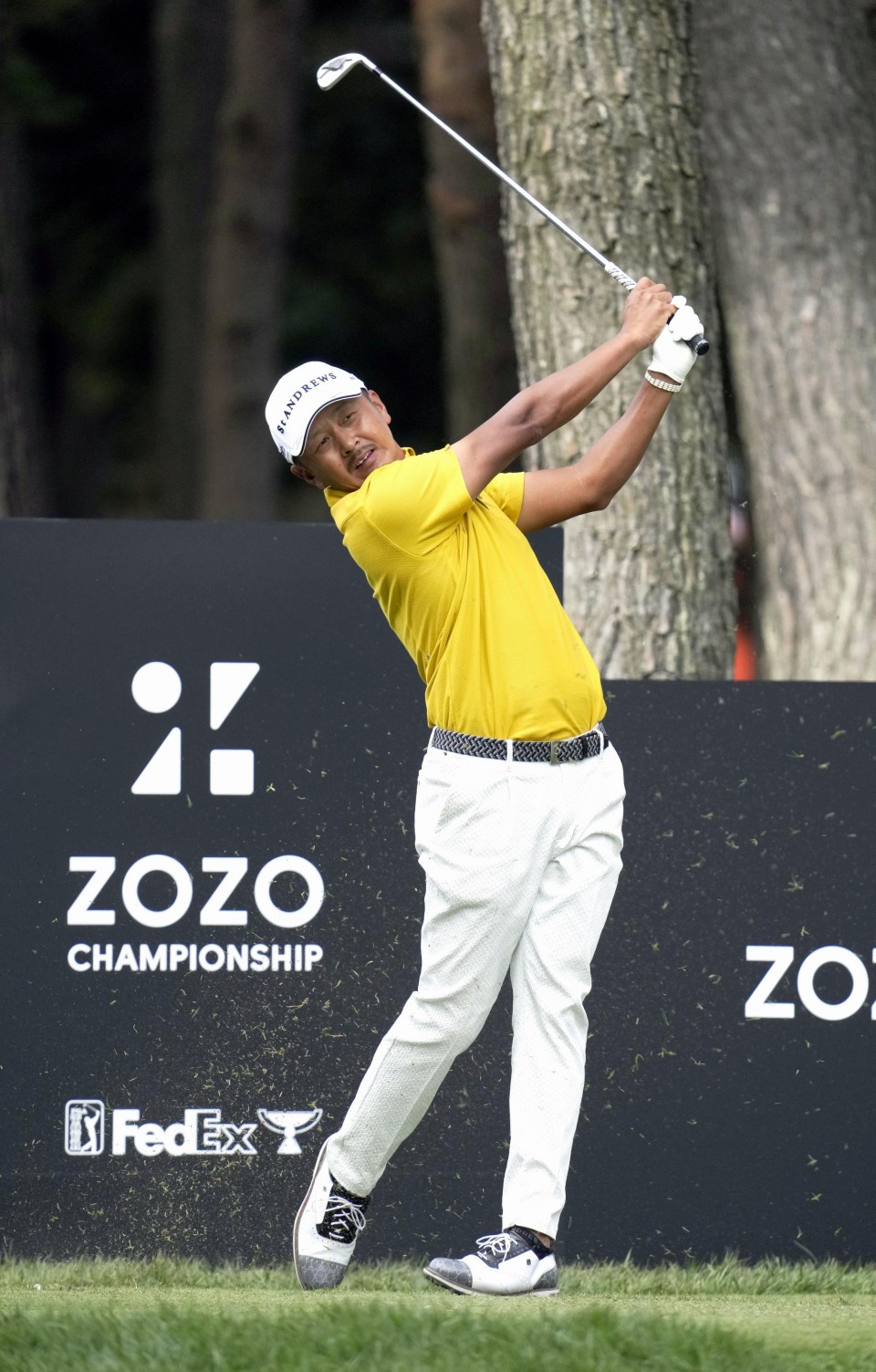 Japan's Hiroshi Iwata plays a shot during the opening round of the Zozo Championship on Oct. 21, 2021, at Narashino Country Club in Inzai in Chiba Prefecture, eastern Japan. (Kyodo)

The 40-year-old Iwata shot an eagle, six birdies and a bogey to emerge as the early front-runner in the PGA Tour event co-sanctioned by the Japan Golf Tour.

The Japanese tour player, who played on the U.S. PGA Tour in 2016, said his shots were not all that good, and joked that his blazing opening round had brought unwanted attention.

"I got off to a good start, but I'm in the spotlight now and I'm done for. So please leave it alone," quipped Iwata.

He finished the round strong, birdying Nos. 16 and 17 before firing an eagle on the par-5 18th.

Matsuyama drained a tough putt on No. 14 for one of six birdies in an impressive bogey-free round.

Tiger Woods won the inaugural Zozo Championship in 2019, tying the all-time record with his 82nd career PGA Tour title. The injured superstar is not in this year's field.

Last year's event was relocated to California because of travel restrictions stemming from the coronavirus pandemic.