The government has settled on a policy of retaining the National Stadium's athletics track rather than carrying out its original plan to remove it after the Tokyo Olympics and Paralympics, a source with knowledge of the matter said Thursday. 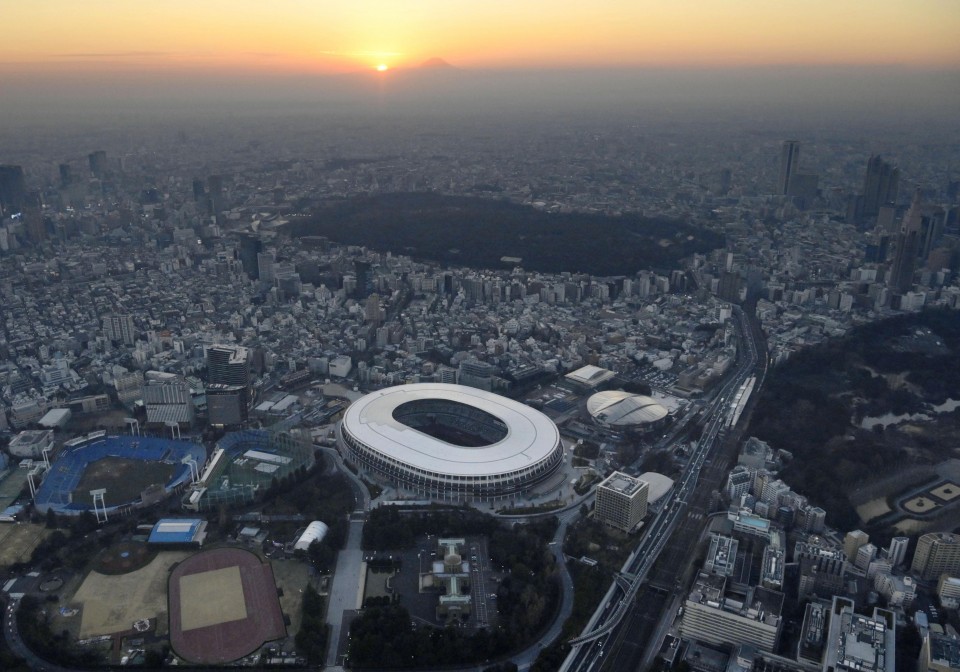 Photo taken from a Kyodo News helicopter on Jan. 21, 2021, shows the National Stadium, the main venue of the Tokyo Olympics and Paralympics. The half-year countdown to the games that have been postponed to the summer of 2021 due to the coronavirus pandemic is set to start Jan. 23. (Kyodo) ==Kyodo

In 2017, the government decided to remove the track to make it a better rugby and soccer venue. However, remodeling costs and concerns over profitability without the track have increased the likelihood the venue will remain as is.

The stadium was the Tokyo Games' centerpiece, and its management and operations are to be transferred to the private sector without the involvement of its current operator, the Japan Sport Council.

The Japan Association of Athletics Federations is currently bidding to host the 2025 World Athletics Championships. Sebastian Coe, the president of World Athletics, last year told Japanese officials he would like to hold the event at the National Stadium.