Japan to set up $4.4 billion "vaccine fund" under economic package

Kishida has vowed to strengthen the government's coronavirus response, as well as Japan's science and technology. The idea of the fund came as Japanese companies have lagged behind foreign rivals in the development of COVID-19 vaccines and the country has had to rely on foreign doses. 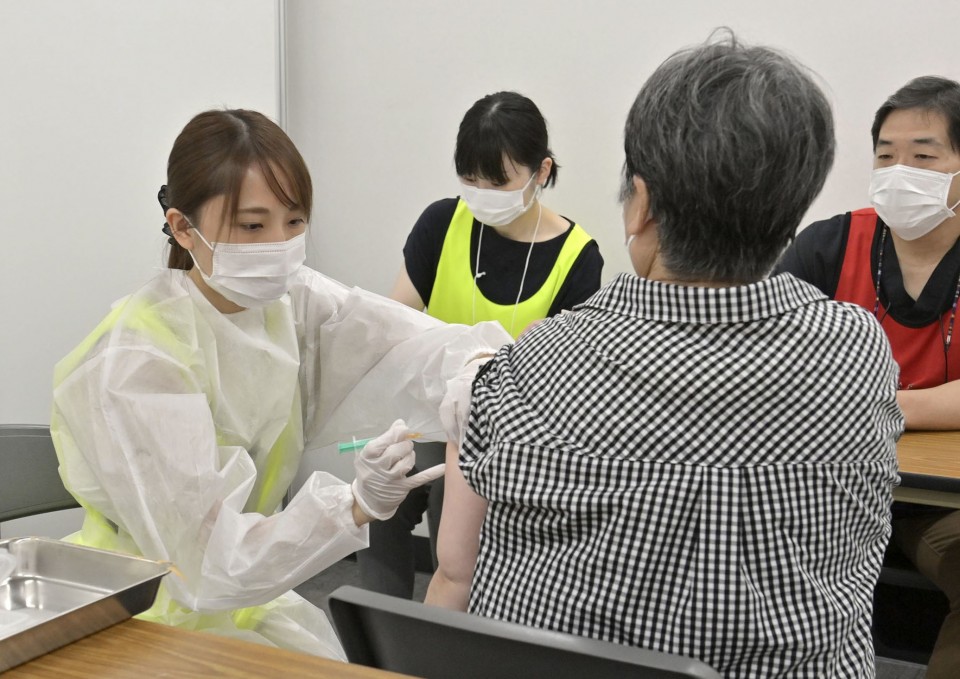 Japan will "establish the world's top-class research and development base for vaccines," a draft plan said.

Under the economic package, to be compiled after an Oct. 31 lower house election, the government will also expand what is known as a "university fund" by 600 billion yen in a bid to enhance research activities and make Japan a nation of science and technology, according to the sources.

The fund, worth 4.5 trillion yen, is scheduled to be launched by March to help Japanese universities invest in future research. Kishida is seeking to expand it eventually to around 10 trillion yen.

Kishida, who became prime minister on Oct. 4, has said the government will put together an economic package worth "tens of trillions of yen" to bolster measures against the coronavirus and ensure a steady growth recovery.

His administration has estimated that 2.3 trillion yen will be necessary to invest in the fields of science and technology as well as innovation.

In addition to the amount, the draft calls for "several trillion yen" to take steps against climate change, while 350 billion yen may be used to step up manufacturing and research of semiconductors.

They are essential for Japan's auto and high-tech industries, and the new government has placed importance on boosting economic security in the face of a global crunch of the key components.

If the ruling coalition led by the Liberal Democratic Party wins the election of the House of Representatives, the sources said Kishida plans to decide on a set of economic measures in mid-November and secure approval for a supplementary budget to finance them from parliament by the end of the year.

Kishida has pledged to bolster Japan's middle class by steering away from "neoliberal" economic policies and redistributing wealth. But he has repeatedly said in recent days that economic growth should be sought first.