Masako Furuichi won her maiden title in the women's 72-kilogram division on the sixth day of the wrestling world championships on Thursday, Japan's fourth gold medal of the week in Oslo.

Furuichi overcame Kazakhstan's three-time Asian championships medalist Zhamila Bakbergenova 3-0 in the final at the Jordal Amfi arena in Norway, the 24-year-old freestyle wrestler improving on her bronze two years ago at the worlds in Nur-Sultan in Kazakhstan. 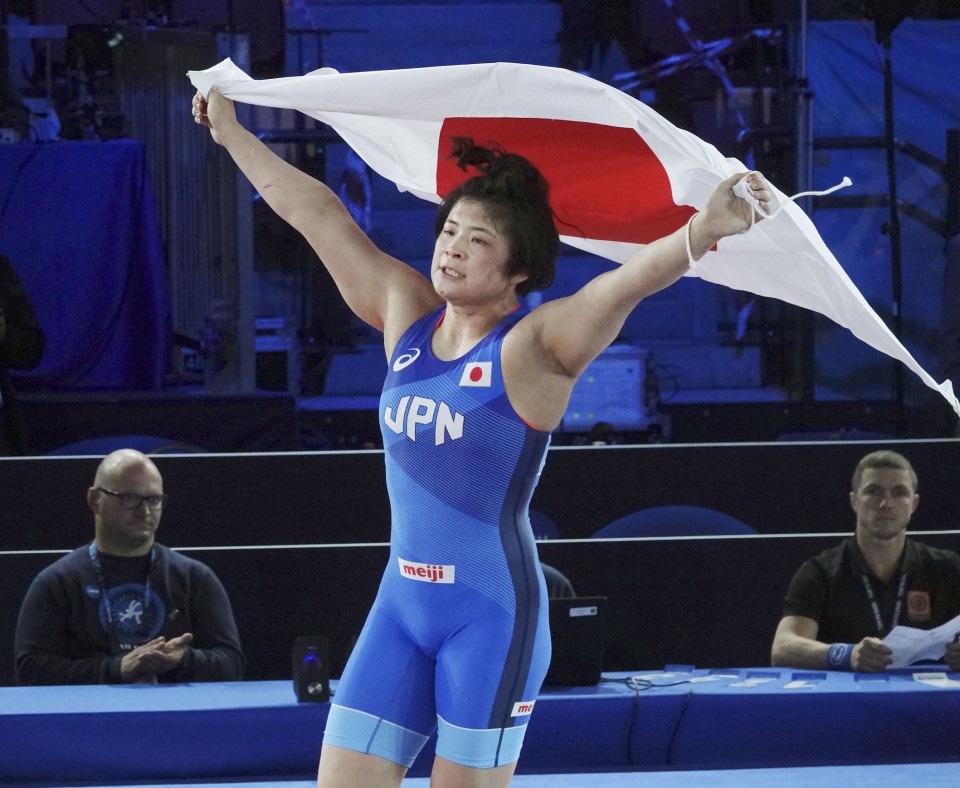 Japan's Masako Furuichi celebrates after winning the women's 72-kilogram division at the wrestling world championships in Oslo on Oct. 7, 2021. (Photo courtesy of the Japan Wrestling Federation)(Kyodo)

"I had just the right amount of anxiety entering the final so I was focused on my opponent's moves and the voices of those around the mat. I'm glad I won in a convincing fashion. I want to improve one step at a time for the (2024) Paris Olympics," she said.

Japan has won medals in nine of the 10 weight classes for women, including four golds.

The Oct. 2-10 championships feature 25 Tokyo Olympic medalists -- 11 in men's freestyle, nine in women's freestyle and five in Greco Roman -- but none from Japan.