Ahead of a House of Representatives election at the end of October, Kishida underscored he will not immediately seek to raise the tax rate on capital gains and dividends. He toned downed his earlier remarks that changing the flat rate of 20 percent would be an option, which led to sharp falls in Tokyo stocks. 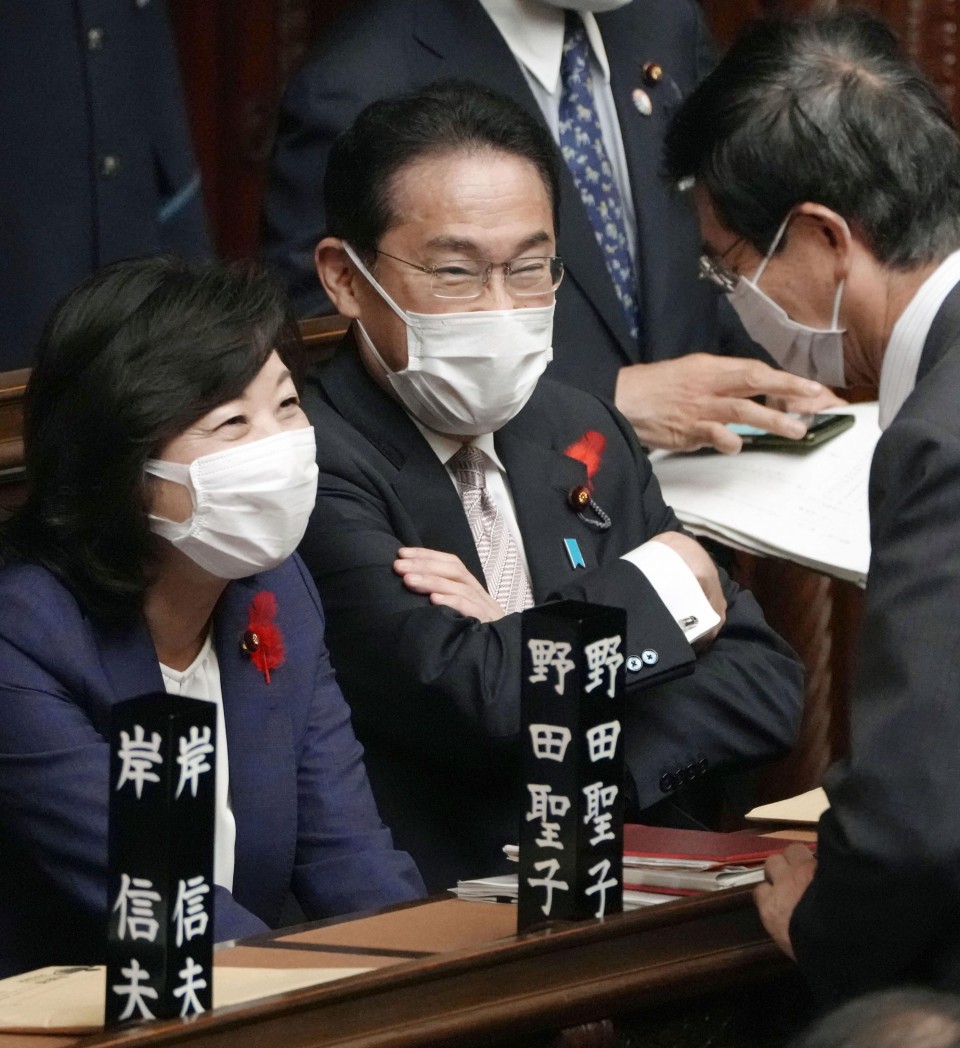 Japanese Prime Minister Fumio Kishida (2nd from L) and Seiko Noda (L), the minister in charge of gender equality and children's policies, are pictured before a parliament session to listen to questions from party leaders in Tokyo on Oct. 11, 2021. (Kyodo) ==Kyodo

"Unless there is growth there is nothing to distribute. It is important to seek growth first, and I will do my utmost to realize it," Kishida said in response to questions by Yukio Edano, head of the main opposition Constitutional Democratic Party of Japan, in the lower house.

Kishida vowed in his policy speech on Friday to realize a virtuous cycle of economic growth and redistribution of its success. Party representatives have until Wednesday to ask Kishida in parliament about his policy speech.

The envisioned raising of the tax is a major pillar of Kishida's policy to redistribute wealth and address income disparities. In an attempt to bolster the middle class, he has suggested steering away from "neoliberal" economic policies. 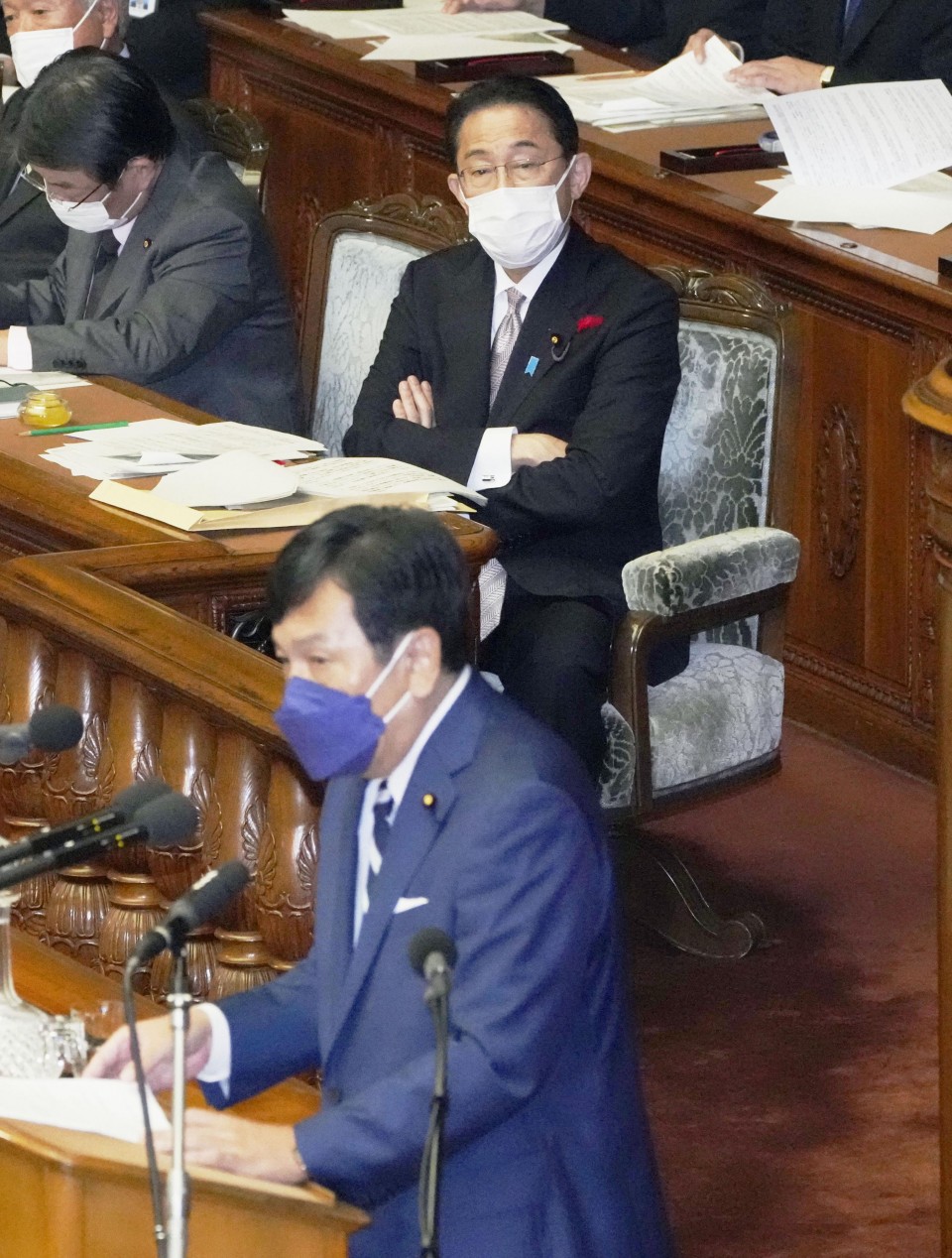 The tax's current flat rate of 20 percent is seen by critics as too low and benefiting wealthy people.

After his position on the capital gains tax apparently hurt investor sentiment, Kishida made clear in a television program also on Sunday that he is not considering changing it for the time being.

The government's response to the coronavirus was another main topic on the first day of questioning as Kishida has promised to show a big picture of how it intends to cope with another possible surge in infections.

Edano criticized the government's COVID-19 response, ascribing the slew of deaths of patients forced to recuperate at home due to a shortage of hospital beds in the fifth wave of infections this summer to "the failure of the government of the Liberal Democratic Party," now led by Kishida.

In response, Kishida said he will soon present an outline of his coronavirus response, which reflects on the shortage of hospital beds this summer. He also admitted there is room for improvement in border controls, and vowed to strengthen the country's virus testing system.

Kishida added he will swiftly decide on economic stimulus measures to help businesses and people affected by the pandemic.

Kishida is set to dissolve the powerful lower house on Thursday for a general election on Oct. 31, with the number of daily confirmed coronavirus cases clearly trending downward across Japan.

Asked by Edano about his assessment of "Abenomics," an economy-boosting program, Kishida said, "It has helped get the country out of the economic peril under the Democratic Party of Japan-led government and increased jobs. It played a big role in growing the economy." Edano was a member of the DPJ at the time.

Abenomics, which includes bold monetary easing by the Bank of Japan and fiscal stimulus, was launched by former Prime Minister Shinzo Abe who returned to power in 2012 after the DPJ-led government and was inherited by Yoshihide Suga, Kishida's predecessor.

On energy policy, Kishida said the government will restart nuclear power plants that meet safety standards by gaining local consent as Japan has set a goal of attaining carbon neutrality by 2050.

Most of the country's nuclear power plants remain offline following the 2011 Fukushima Daiichi disaster. The ruling LDP is promoting the use of nuclear power.