The awarding of the Nobel Peace Prize to two journalists this year is an attempt to focus the world's attention on protecting a free and independent press, the chairwoman of the Norwegian Nobel Committee says.

In a recent interview with Kyodo News following the decision Friday to give the honor to journalists Maria Ressa of the Philippines and Dmitry Muratov of Russia, Berit Reiss-Andersen warned, "freedom of expression is an endangered species in the world today." 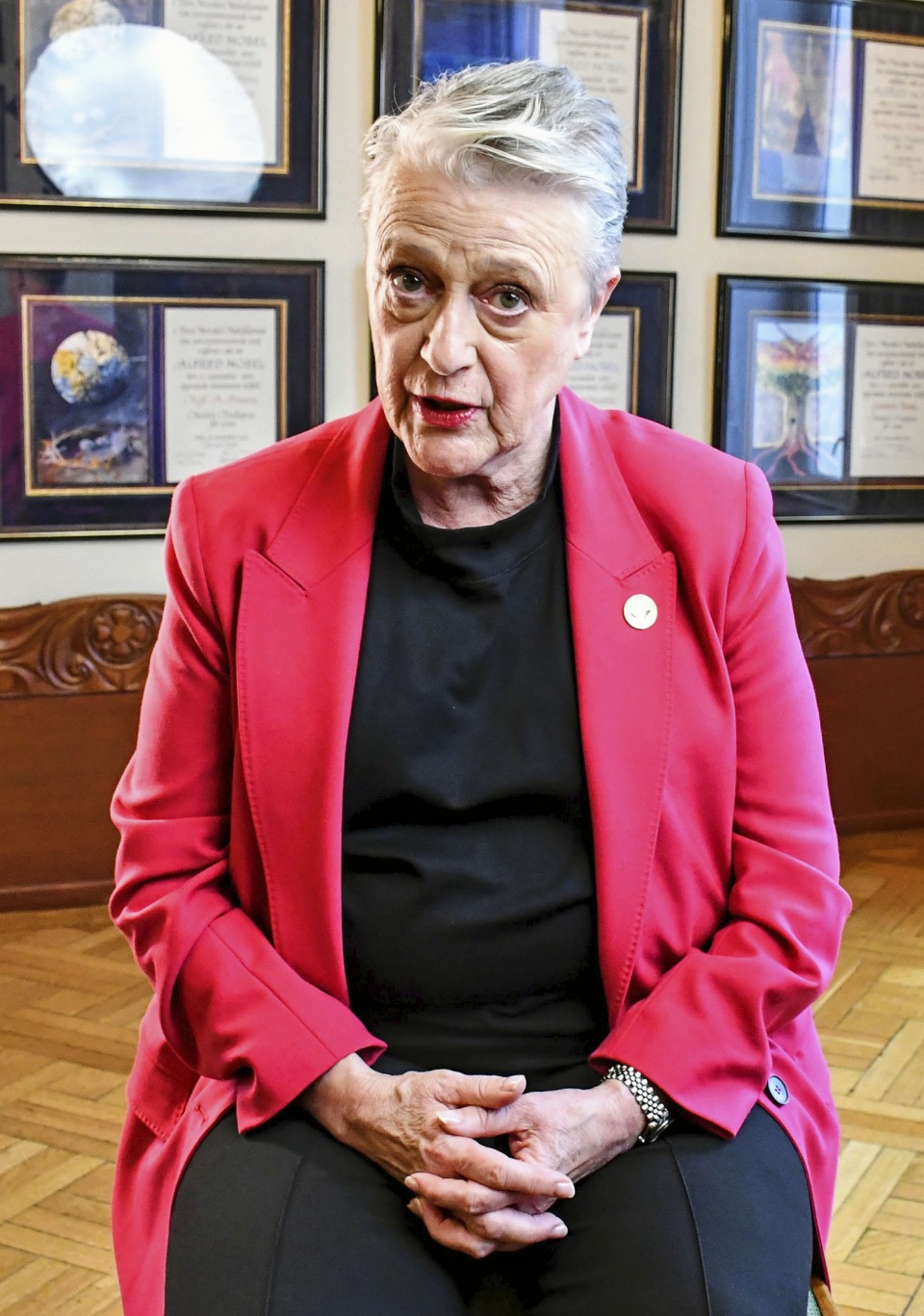 The lawyer and member of the committee since 2012 said this year's decision reflected the fact that an impartial media is a cornerstone of democracy which also contributes to peace.

"In a democracy, that all citizens have access to information is absolutely fundamental," she said in explaining the reasoning behind the five-member committee's decision.

"We also know, and all the evidence shows, that the best defense against war, armed conflict and aggressors in society is, in fact, democracy. So, there is a link, and there is a chain," she said.

"What we'd like to do with this prize is show that freedom of expression is not a daily exercise that we should take for granted, but is of vital importance for well-functioning societies."

Ressa is a journalist and CEO of Rappler, a digital media company for investigative journalism in the Philippines known for its critical coverage of President Rodrigo Duterte's government. Muratov is the editor-in-chief of the independent newspaper Novaya Gazeta in Russia.

Reiss-Andersen said the press could become a source of disinformation and cause problems, but the committee selected the journalists because the media is "more present in our lives than ever before in history."

She said the rise of misinformation around the coronavirus pandemic and vaccines was another factor in her colleagues' focus on promoting fact-based, quality journalism this year.

"We have seen campaigns, for instance in Brazil, of fake news about the medical situation connected to COVID-19, pharmaceutical solutions. This has vital importance for people's lives," she said.

"If nobody stands up and gives information, you let the oppressor win. Silence is the supporter of totalitarian regimes," Reiss-Andersen said.

"Muratov and Ressa are the opposite. They speak up, they document, they publish what is, in fact, going on. That is why they have been awarded the peace prize and that is their achievement," she said.

"And they have done so under difficult circumstances" and at a time an attack on the freedom of expression is a worldwide issue, she added.

Reiss-Andersen noted former U.S. President Donald Trump's criticisms of the media were typical of "authoritarian leaders" who do not like a free and independent press.

"Why would a politician say that they don't like journalists? Because a free, independent press gives an independent message, independent from the version of facts that the people in power want to give."