While new Japanese Prime Minister Fumio Kishida has pledged to narrow the income gap by revising economic policies pursued by previous administrations, he is likely to uphold their diplomatic stance, building stronger ties with the United States and other countries sharing universal values in the face of China's rise.

Given that he heads a long-running Liberal Democratic Party faction that has put an emphasis on developing ties with China, Kishida is seen as a moderate who seeks to balance relations with Japan's biggest trading partner. But at a time when U.S. President Joe Biden has adopted a hard-line policy toward Beijing, he has little room to maintain such a stance, experts say. 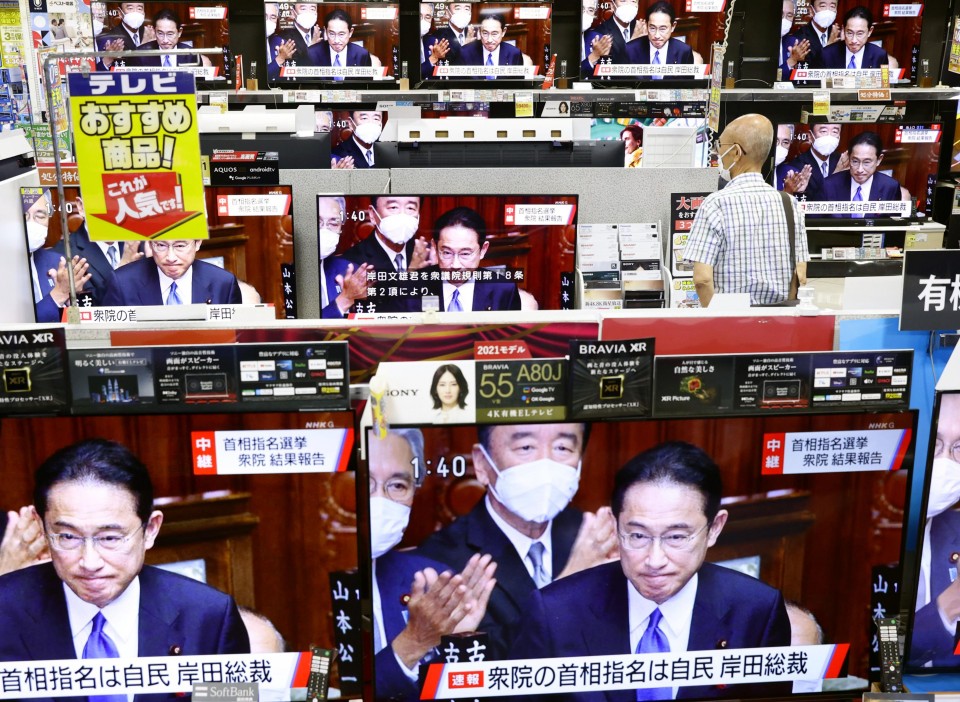 "Relationship with the Biden administration will be important for Mr. Kishida, and it will be hard to show his distinctiveness when the public has grown concerned about China's repeated intrusions into Japanese waters around the Senkaku Islands in the East China Sea," said Takashi Terada, a professor of international relations at Doshisha University.

After being elected as successor to Prime Minister Yoshihide Suga as the LDP president last week, Kishida vowed to build a free and open Indo-Pacific based on universal values, such as democracy and the rule of law, a vision pursued by former Prime Minister Shinzo Abe and carried over to Suga.

Under the vision, Kishida is expected to push forward the Trans-Pacific Partnership free trade agreement and strengthen the Quad grouping involving Japan, the United States, Australia and India, in a veiled counter against an increasingly assertive China.

"While the Suga government was domestic policy-oriented, Mr. Kishida can pay more attention to diplomacy," said Mie Oba, a professor of international relations at Kanagawa University, citing the fact that Kishida served as foreign minister under Abe for four years and eight months.

"And Mr. Kishida is unlikely to bring about a major change to relations with the United States," partly because he retains the foreign and defense ministers from the Suga government, Oba said.

"Japan is likely to stick to the basic stance of maintaining and reinforcing an order desirable for Japan through the CPTPP and other frameworks," she said.

The trade pact, formally known as the Comprehensive and Progressive Agreement for Trans-Pacific Partnership, or the CPTPP, is aimed at making a free trade zone across the Pacific and was originally promoted by the United States under the administration of Barack Obama to balance China's rising influence in the region.

The United States, however, withdrew from the deal in 2017 under then President Donald Trump, known for his "America First" stance, and Kishida will be seeking to bring the world's largest economy back on board.

China has recently filed an application to join the 11-member TPP, prompting Japanese officials to voice doubts about whether the emerging powerhouse can meet the high standards set in the pact, including detailed rules over state-owned enterprises.

Kishida himself acknowledged the difficulties China would face in joining the TPP, citing Beijing's control of state-run enterprises and infringement of intellectual property rights.

"I feel it is pretty uncertain as to whether China can clear the high levels (of standards) in the TPP," he said at his first news conference after taking office as prime minister on Monday.

Oba underscored the importance of not bending existing rules to include China, saying, "This will be a test of whether a rules-based international order can be maintained."

"If the rules are relaxed, then the CPTPP that calls for high-level and comprehensive liberalization will fall apart," the scholar said.

Similarly, Terada said it is vital that Japan help ensure that Britain's application to the TPP is processed swiftly to "set a precedent" of a new member joining the pact without changing the rules.

London filed a request in February to join the TPP, following its departure from the European Union last year. If realized, Britain will be the first country to join the deal since it came into force in 2018.

Terada added, "If China can really clear the conditions for joining the TPP, it would be favorable for Japanese firms and something to be welcomed."

Many experts expect China to face hurdles, including opposition from original TPP signatories as well as a potential push by the United States, a non-signatory, on members not to let Beijing into what was originally the U.S.-led trade initiative.

Despite Kishida's position of welcoming Taiwan's filing of a formal application to join the TPP, Japan is also likely to face difficulties in handling the issue in the context of Tokyo's ties with Beijing.

China has voiced strong opposition to Taiwan's bid to join the TPP, as Beijing regards the self-ruled democratic island as a renegade province awaiting reunification by force if necessary.

Aside from promoting the TPP and the Quad, Kishida created a new ministerial post for economic security and assigned it to Takayuki Kobayashi, a relatively young LDP lawmaker, who faces pressing challenges such as a global shortage of semiconductors and alleged technology theft by China.

The launch of the minister for economic security came as Japan has been stepping up initiatives on the issue, such as creating a team within the secretariat of the National Security Council to drive the country's development in the fields of artificial intelligence and 5G wireless, especially in the face of U.S.-China competition in advanced technologies.

During the first in-person Quad summit in Washington last month, the leaders of the four countries affirmed closer cooperation in semiconductor supply chains and coronavirus vaccines, among other key areas in economic security.

While keeping an eye on a host of diplomatic challenges, Kishida will look for opportunities for bilateral talks with Biden, British Prime Minister Boris Johnson and other leaders on the sidelines of international gatherings.

The first such occasion was thought to be the Oct. 30-31 summit of the Group of 20 major economies in Rome. But Kishida indicated he will attend only virtually as it coincides with Japan's general election that he said will take place on Oct. 31.

He is also likely to seek remote participation in a leaders' summit of the U.N. Climate Change Conference on Nov. 1-2 in Glasgow, Scotland, when he will present his policy steps to fight global warming.

Suga has vowed to achieve net zero carbon emissions by 2050, a promise Kishida has clearly said he will keep.