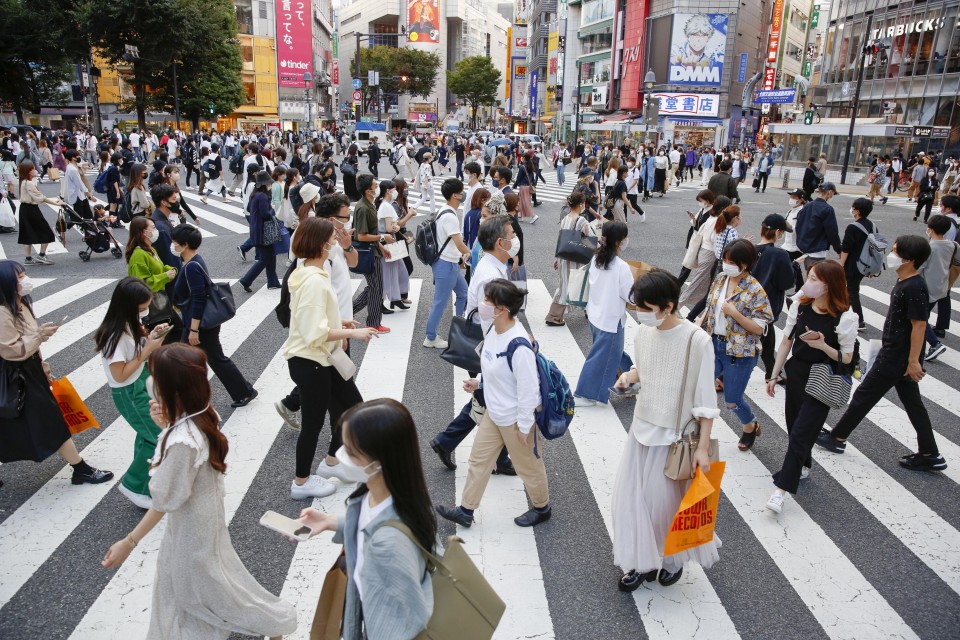 Tokyo confirmed 49 coronavirus cases Monday, the lowest daily figure since late June last year, amid a steady decline in infections across the country.

The figure released by the Tokyo metropolitan government was down from the 60 cases reported on Sunday and also marked the lowest daily figure this year for a third consecutive day.

Since hitting a record 5,773 cases in Tokyo on Aug. 13, days after the closing of the Olympics, new infections across the country have declined sharply with the progress of vaccinations. On Monday, the nationwide daily count stood at 369.

Tokyo's latest daily figure was the lowest since June 25 last year. The seven-day rolling average of new cases in the capital stood at 109.3 per day, down 44.4 percent from the previous week, according to the metropolitan government.

With over 60 percent of the country's population fully vaccinated, the Japanese government lifted a state of emergency covering the capital and 18 prefectures on Oct. 1.

Among the 18 prefectures, Osaka reported 49 new COVID-19 cases Monday, the lowest number since late June, according to the prefectural government.

The figure brought the cumulative total in Osaka Prefecture to 201,204, the second highest in the country following Tokyo's over 370,000 cases.

Kanagawa logged 49 cases, the lowest number since November last year, while Chiba and Saitama reported 25 and 21 cases, respectively, according to local authorities.

Under the state of emergency, the government urged people to stay at home and avoid going to crowded places, while requesting restaurants and bars to close by 8 p.m. and refrain from serving alcohol.

With more people going out and traveling around the country since the state of emergency was lifted, health experts have warned of a possible resurgence of infections in winter.