A 19-year-old boy was arrested Wednesday for allegedly assaulting a girl the previous day in a house in Kofu, west of Tokyo, shortly before the house burned down in a suspected arson incident that killed two people presumed to be the girl's parents, police said.

The boy, whose name is being withheld as he is a minor, admitted to the charge and also hinted at his involvement in the fatal arson, the police said, adding that he sustained burns on his face. 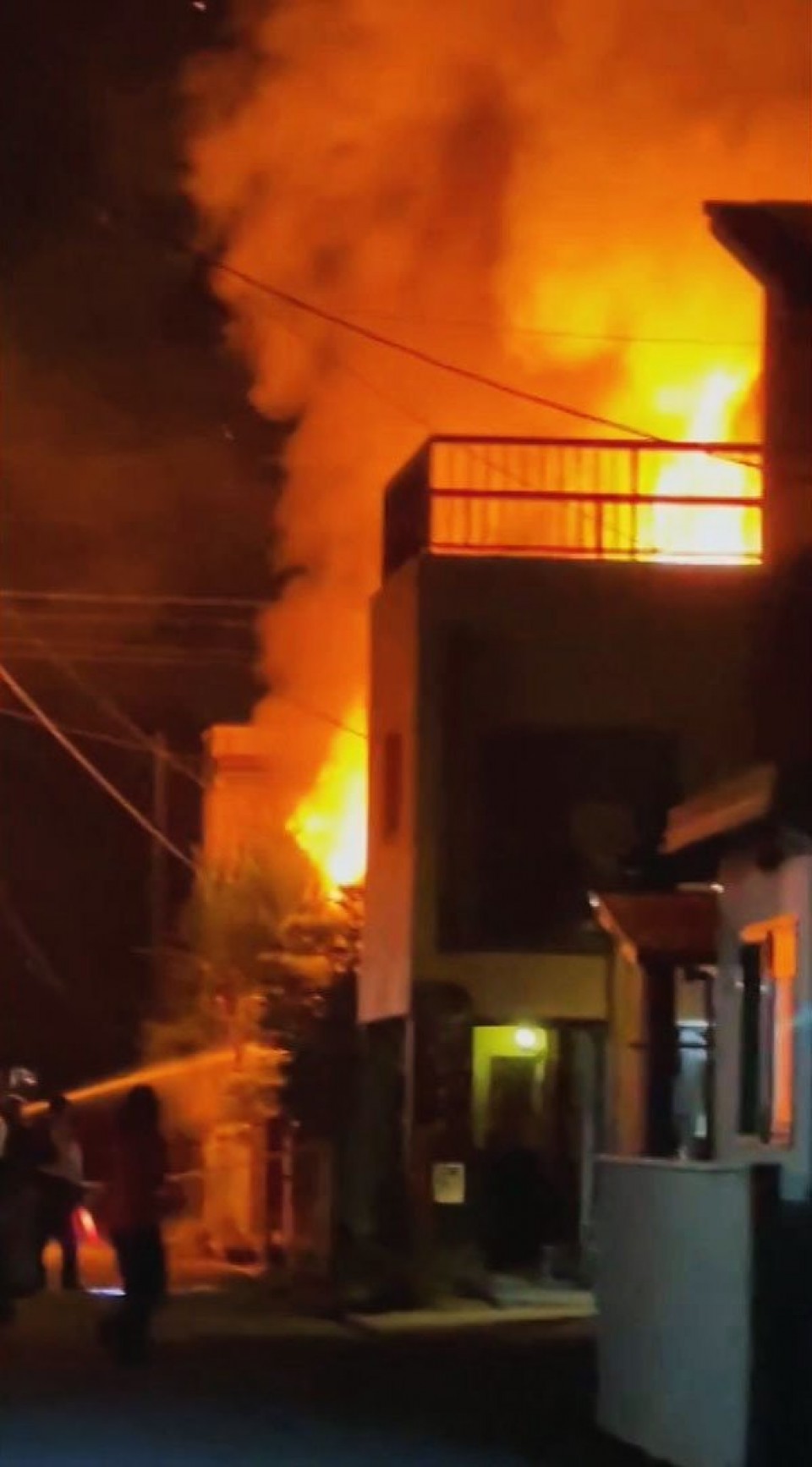 Screenshot from a video shows a fire burning the house of Seiji Inoue in Kofu, west of Tokyo, around 4 a.m. on Oct. 12, 2021. (Courtesy of a nearby resident)(Kyodo)

He turned himself in earlier and the police were questioning him on a voluntary basis.

The boy is suspected of punching the girl in the head inside the house in Yamanashi Prefecture at around 3:45 a.m. on Tuesday, causing an injury.

Two bodies were found after a fire gutted the house early Tuesday, with Seiji Inoue and his wife, both in their 50s and residents of the house, remaining unaccounted for, according to the police.

Two daughters of Inoue were also living in the house. The younger sister said she came downstairs at around 3:30 a.m. after hearing a quarrel and saw a strange man in the dim light.

She was assaulted from behind while trying to flee, and her elder sister called the police to report that her house had been broken into by a thief.

A neighbor reported a fire in the house later. Several neighbors noticed the smell of oil, according to the police.

Police officers driving to the house spotted a man walking about 100 meters from the site, but did not initially stop him. Soon after arriving at the house, they came to suspect the individual might have been connected with the case.

But when they located and tried to question him, he fled.