On the eve of a must-win World Cup qualifier against Australia, Japan manager Hajime Moriyasu said Monday his squad is in a perilous situation, but can still get their campaign back on track.

Japan head into Tuesday's clash at Saitama Stadium third in Group B with one win and two losses in the final Asian qualifying stage for the 2022 World Cup in Qatar, including a dispiriting 1-0 defeat away to Saudi Arabia in their most recent outing last Thursday. 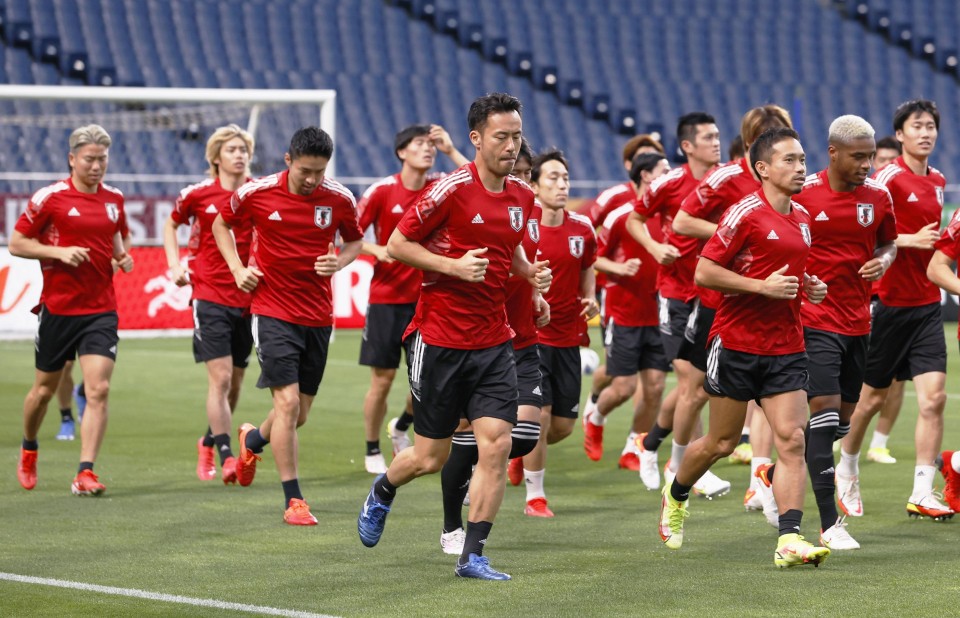 Japan players train at Saitama Stadium in Saitama, near Tokyo, on Oct. 11, 2021, a day before a Group B football match against Australia in the final group-phase round of Asian qualifying for the 2022 World Cup in Qatar. (Kyodo) ==Kyodo

Australia, meanwhile, are riding high after a record 11 consecutive victories in World Cup qualifying. They sit on top of the group with three wins, ahead of Saudi Arabia on goal difference.

With only the top two teams from each Asian qualifying group advancing automatically to the World Cup, another loss could severely dent Japan's hopes of reaching the tournament and cost Moriyasu his job.

"We realize we're in a difficult situation after three games. But we can still rally back. We want to show our best, while stopping our opponents playing their game," Moriyasu said.

"We were prepared for a series of tough games. We're only thinking about aiming for victory." 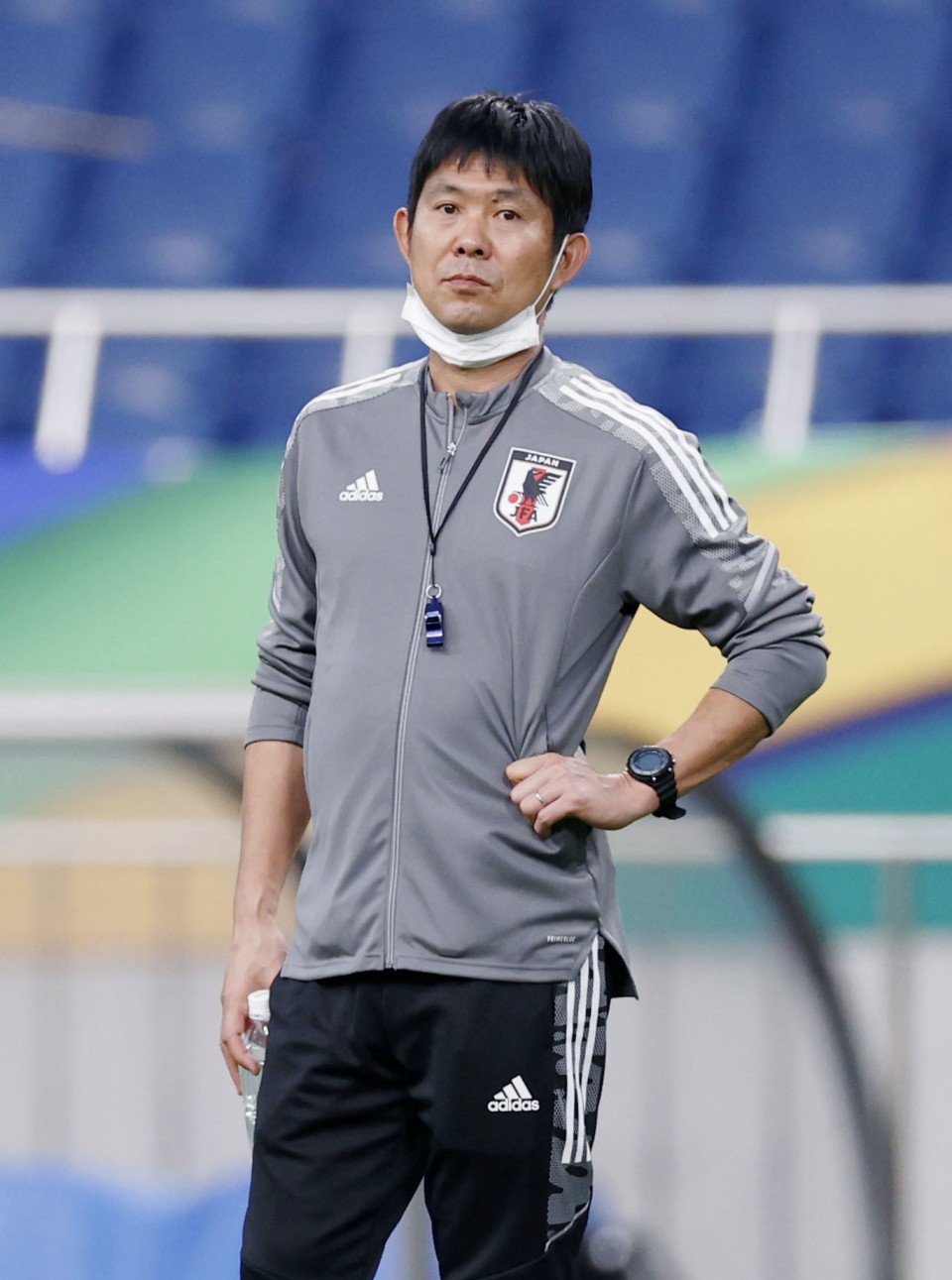 Japan national team manager Hajime Moriyasu watches his players train at Saitama Stadium on Oct. 11, 2021 ahead of their World Cup qualifier at home to Australia the following day. (Kyodo)

Moriyasu is pitted against a former teammate in Australia manager Graham Arnold, whom he played alongside as a member of J-League side Sanfrecce Hiroshima.

The Japan players went through their paces at the venue on match eve, with captain Maya Yoshida and other squad members working up a sweat on an unseasonably warm October day.

If they are to right the ship against Australia, the Samurai Blue must overcome their recent goal-scoring woes.

They have netted only once in the current qualifying stage, in their 1-0 win over China last month, and will again go into battle without one of their brightest attacking talents, 20-year-old Mallorca playmaker Takefusa Kubo, who has been sidelined with a knee injury.

Having qualified for every World Cup finals since debuting at the 1998 tournament in France, Japan face the prospect of a more difficult path to Qatar should they miss out on automatic qualification.

The third-place sides from the two Asian groups will enter a playoff, with a chance of becoming a fifth qualifying team from the continent.