Japan's Daichi Kamada scored his first goal of the season for Eintracht Frankfurt on Thursday, finishing a 3-1 home win over Olympiacos in the Europa League group stage.

The attacking midfielder pounced after Djibril Sow's effort from distance was saved by keeper Tomas Vaclik in the 59th minute, helping the German team move to the top of Group D with two wins and a draw from three games. 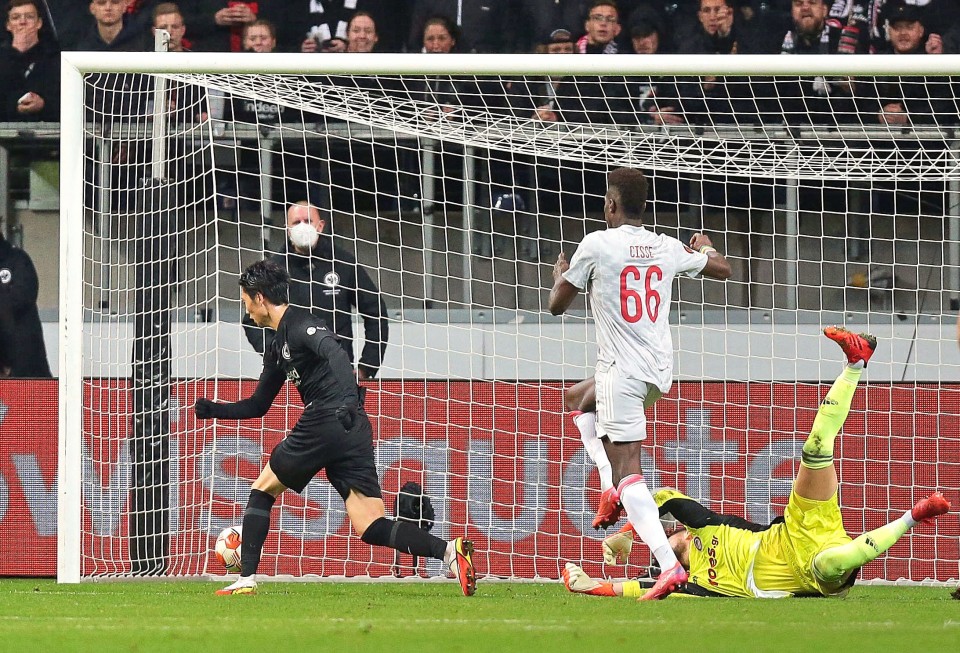 Daichi Kamada (L) of Eintracht Frankfurt scores a goal against Olympiacos in Frankfurt on Oct. 21, 2021. (Kyodo)

"It was good for me to get a goal, and also for the team as it led to the win," Kamada said.

Former Japan captain Makoto Hasebe also played the entire game, the 37-year-old captaining the side from the defense.

Prior to his goal, Kamada had a 13th-minute header narrowly miss the target before his pass led to his side's opening penalty in a promising outing. Eintracht continued their fine form in Europe despite an up and down start to the season that has them sitting 14th in the Bundesliga.

"If we continue this way, there'll come a good moment," said the 25-year-old Kamada.