North Korea may resume long-range ballistic missile tests over the next year, the U.S. Defense Intelligence Agency says in a report analyzing the country's military capabilities, warning that Pyongyang will continue to pose a "critical security challenge" for the United States and its allies.

The report, which was released Friday, is the latest warning about North Korea's efforts to beef up its military power despite not having tested intercontinental ballistic missiles or nuclear devices over the past several years. 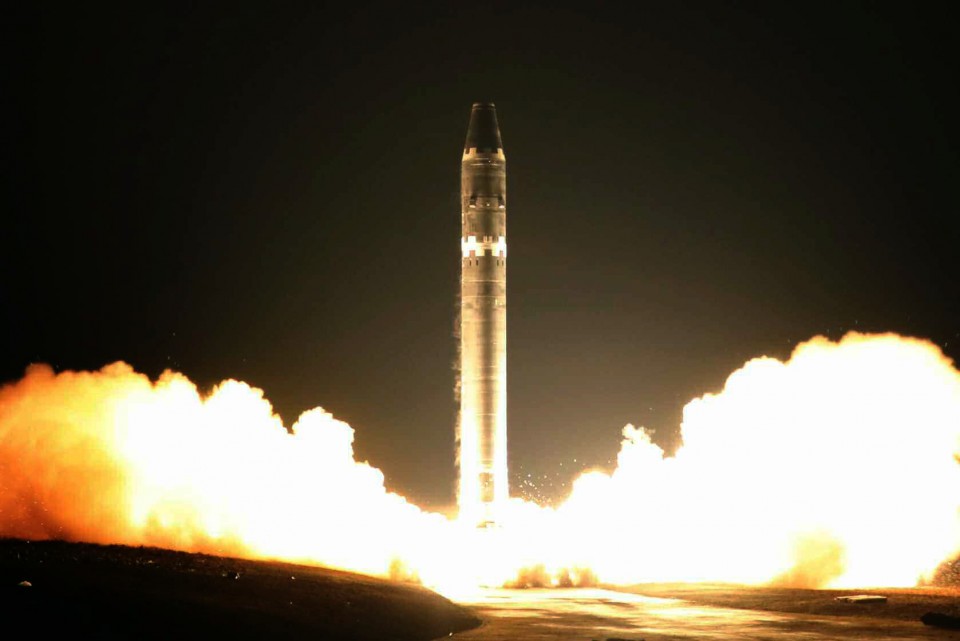 The Rodong Sinmun, North Korea's leading newspaper, publishes photos in its Nov. 29, 2017, edition of the launch of the new Hwasong-15 intercontinental ballistic missile. Pyongyang claims the missile, which it test-fired the same day, is a new type that can reach any U.S. target. (Photo courtesy of Korea Media)(Kyodo)

Noting that North Korean leaders view nuclear arms as "critical to regime survival," the agency, which provides intelligence to the Defense Department, said, "Integrating a nuclear weapon with a ballistic missile and enabling that nuclear-armed missile to function reliably as a system is North Korea's ultimate operational goal."

"It is possible we could see a test of a long-range missile over the next year," the agency said, adding Pyongyang may also further carry out underground nuclear tests to validate weapon capabilities.

The last time Pyongyang tested an ICBM that could potentially deliver a nuclear warhead to the U.S. mainland was November 2017. It has not conducted a nuclear test since September of the same year.

North Korea reached out diplomatically in 2018 and 2019. But talks between then U.S. President Donald Trump and North Korean leader Kim Jong Un failed to make progress in negotiations to rid Pyongyang of its nuclear weapons.

North Korea then showed off in October 2020 what appeared to be a new type of ICBM during a military parade and continued testing short-range ballistic missiles and other weapons.

"Even if additional flight tests of longer range systems do not occur in the near term, Pyongyang will probably focus on training and improving its missile forces which are increasingly central to North Korea's deterrence strategy," the agency said.

North Korea is also expected to work to improve its newer solid-fueled ballistic missiles, which can be made ready for launch more quickly than liquid fueled missiles, it said.

"Kim Jong Un has pressed his nation down the path to develop nuclear weapons and combine them with ballistic missiles that can reach South Korea, Japan, and the United States," U.S. Army Lt. Gen. Scott Berrier, director of the agency, said in the report.

"His vision of a North Korea that can directly hold the United States at risk, and thereby deter Washington and compel it into policy decisions beneficial to Pyongyang, is clear and is plainly articulated as a goal in authoritative North Korean rhetoric," he said.