The Foreign Ministry said Saturday that 53 Afghan evacuees have arrived in Japan, the first group to depart the Taliban-ruled country for Japan by air, with help from Qatar, rather than by land which is deemed more dangerous.

The group -- 27 of whom are Japanese embassy staff members and their families, while the other 26 are workers of the Japan International Cooperation Agency and their families -- landed at Narita airport near Tokyo on Friday night via Doha, by means of a commercial plane arranged by Qatar at the request of Japan. 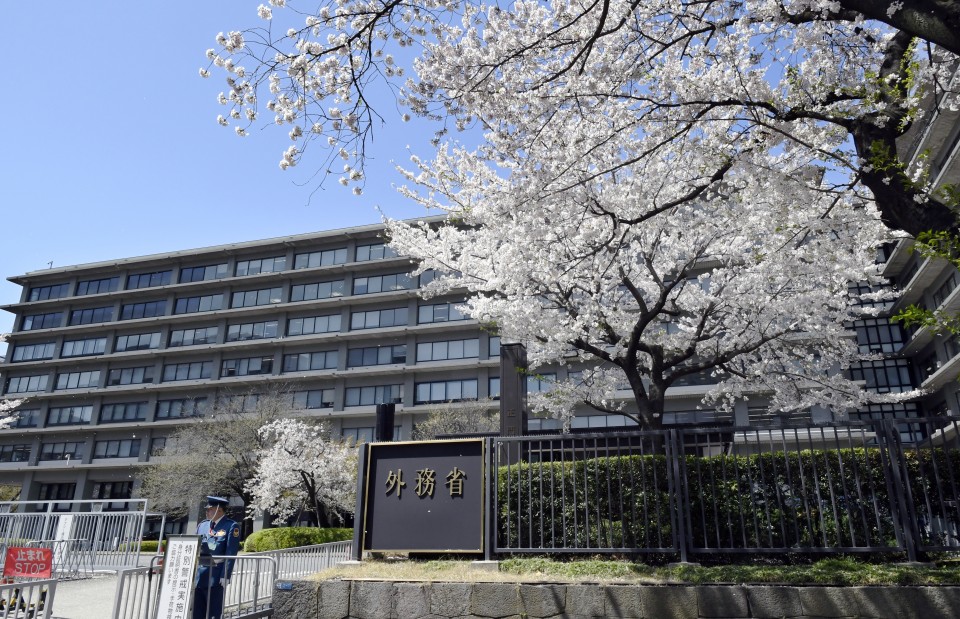 File photo from 2017 shows the entrance of the Ministry of Foreign Affairs in Tokyo. (Kyodo)

The 53 Afghans arrived in Doha earlier this month and the Japanese government helped with visa issuance and air tickets, according to the ministry.

They are now quarantining after coronavirus testing.

Japan plans to assist some 500 Afghans who were embassy staff or government affiliates and their families to leave the war-torn country.

Some such personnel, lacking a means of evacuation as safe as air travel, opted to flee Afghanistan by land to neighboring countries, resulting in the arrival to Japan of over 50 people from mid-September to early this month.

Japanese Foreign Minister Toshimitsu Motegi had called on Qatar to support the evacuation of Afghans when he held talks with his Qatari counterpart Sheikh Mohammed bin Abdulrahman al-Thani in New York in late September.