Leaders of the Group of 20 major economies gathered Saturday for two days of talks in Rome to look into the impact of rising inflation amid the uneven global recovery from the coronavirus pandemic and to show support for an international corporate tax reform deal.

Italian Prime Minister Mario Draghi called for multilateralism to deal with a range of issues the world faces, saying in his opening remarks, "From the pandemic to climate change, to fair and equitable taxation, going it alone is simply not an option." 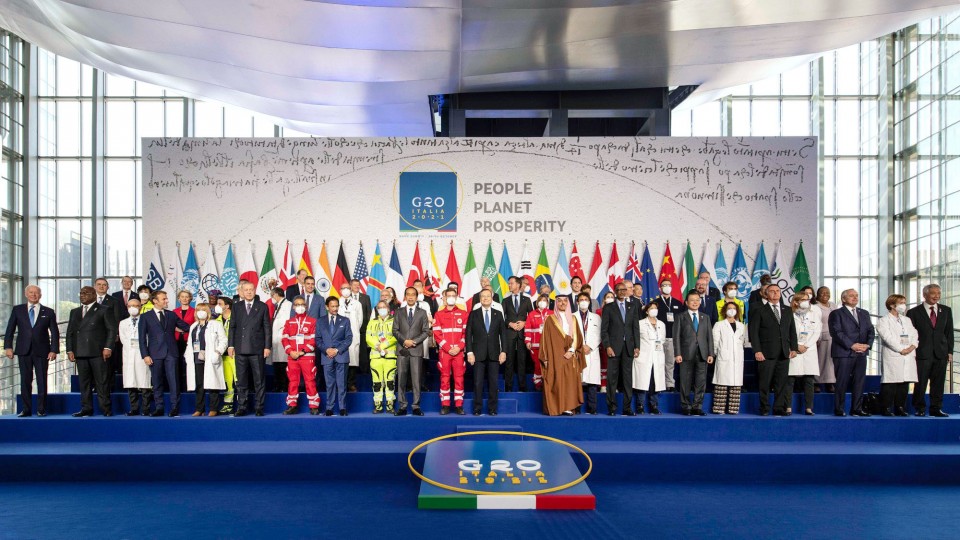 Leaders from the Group of 20 nations pose for a photo in Rome on Oct. 30, 2021, the first day of their two-day meeting. (Photo courtesy of Italian government)(Kyodo)

While the meeting is the first in-person G-20 summit since the COVID-19 pandemic began last year, some attendees have decided to join virtually, including Japanese Prime Minister Fumio Kishida who took office less than a month ago and awaits a general election on Sunday.

U.S. President Joe Biden attended the gathering in person. But Chinese President Xi Jinping, who has remained in his country since the outbreak of the pandemic, has not traveled to Italy, dashing any chance the two could hold their first face-to-face summit amid tense bilateral relations.

The summit takes place as the global economy faces increasing downside risks, with the recovery showing geographical divergence in part due to unequal access to coronavirus vaccines and pandemic-induced supply chain disruptions feeding into inflation in many countries.

Price pressures in the United States and elsewhere are currently seen as transitory, with bottlenecks occurring as some parts of the economy recover from the pandemic faster than others, resulting in imbalances between supply and demand. But concerns linger over whether it could lead to a more sustained rise in inflation.

Biden was expected to have broached the issue of the imbalance in supply and demand in the global energy markets during the meeting, according to a senior U.S. government official.

Meantime, one of the key deliverables of the gathering will be to show the leaders' support of an international deal that ensures IT giants and other multinational companies pay a minimum tax rate of 15 percent, the senior U.S. government official said. 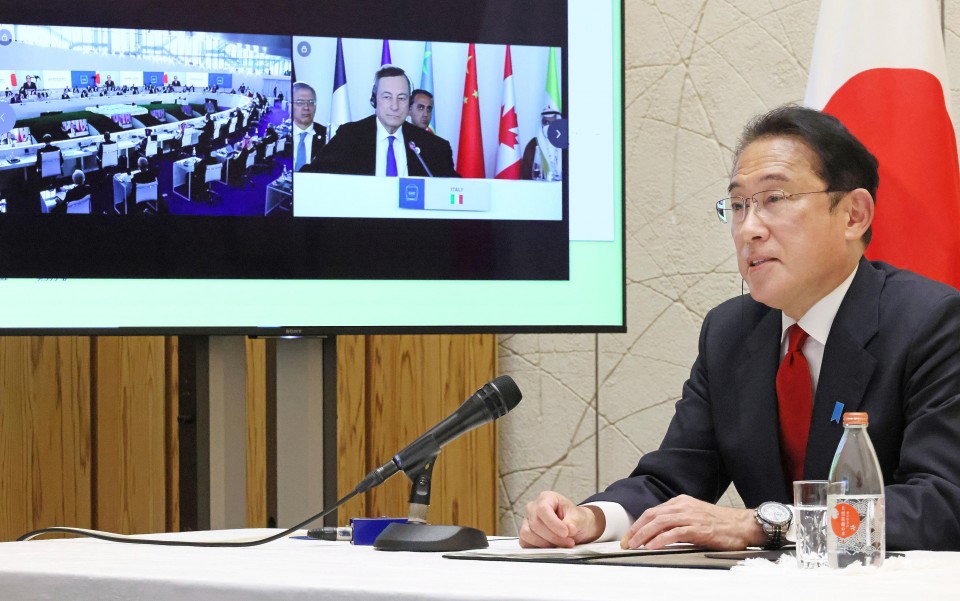 "G-20 leaders will support the establishment of the historic global minimum tax to ensure that giant corporations pay their fair share no matter where they're located," the official said, adding, "In our judgment, this is more than just a tax deal; it's a reshaping of the rules of the global economy."

Kishida said Japan welcomes the deal and vowed to take swift action toward implementing the agreement.

At a meeting of finance chiefs earlier this month, G-20 members endorsed the tax reform plan, which was worked out through international negotiations at the Organization for Economic Cooperation and Development.

The United States is also expecting that the G-20 members will show they are aligned in dealing not only with the ongoing pandemic, which has killed around 5 million people globally but also in their efforts to prepare for future outbreaks.

Climate change, another major risk factor to economic growth, is also high on the agenda, with discussions possibly adding momentum for action ahead of the U.N. climate talks to start Sunday in Glasgow, Britain.

Many countries are already aiming to move toward net zero greenhouse gas emissions by 2050, including the United States and Japan. Xi reiterated during the G-20 summit that China will strive to peak its carbon dioxide emissions before 2030 and achieve carbon neutrality before 2060, Xinhua said.

The world's largest CO2 emitter is China, followed by the United States, India, Russia and Japan.