Japanese political party leaders took to the streets Saturday, the first weekend since official campaigning for next week's general election began, with how to improve the lives of those impacted by the coronavirus pandemic one of the hotly debated issues. 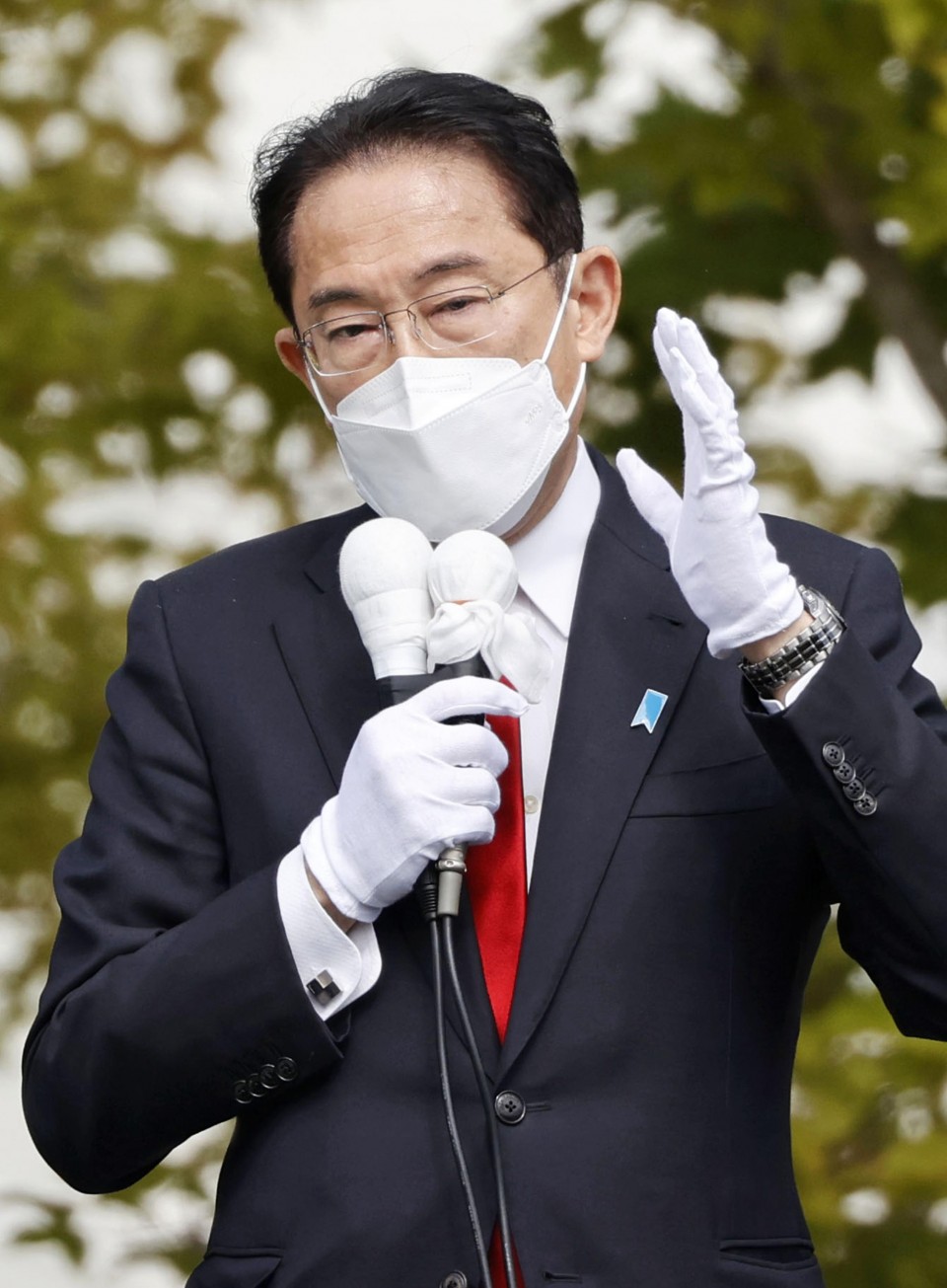 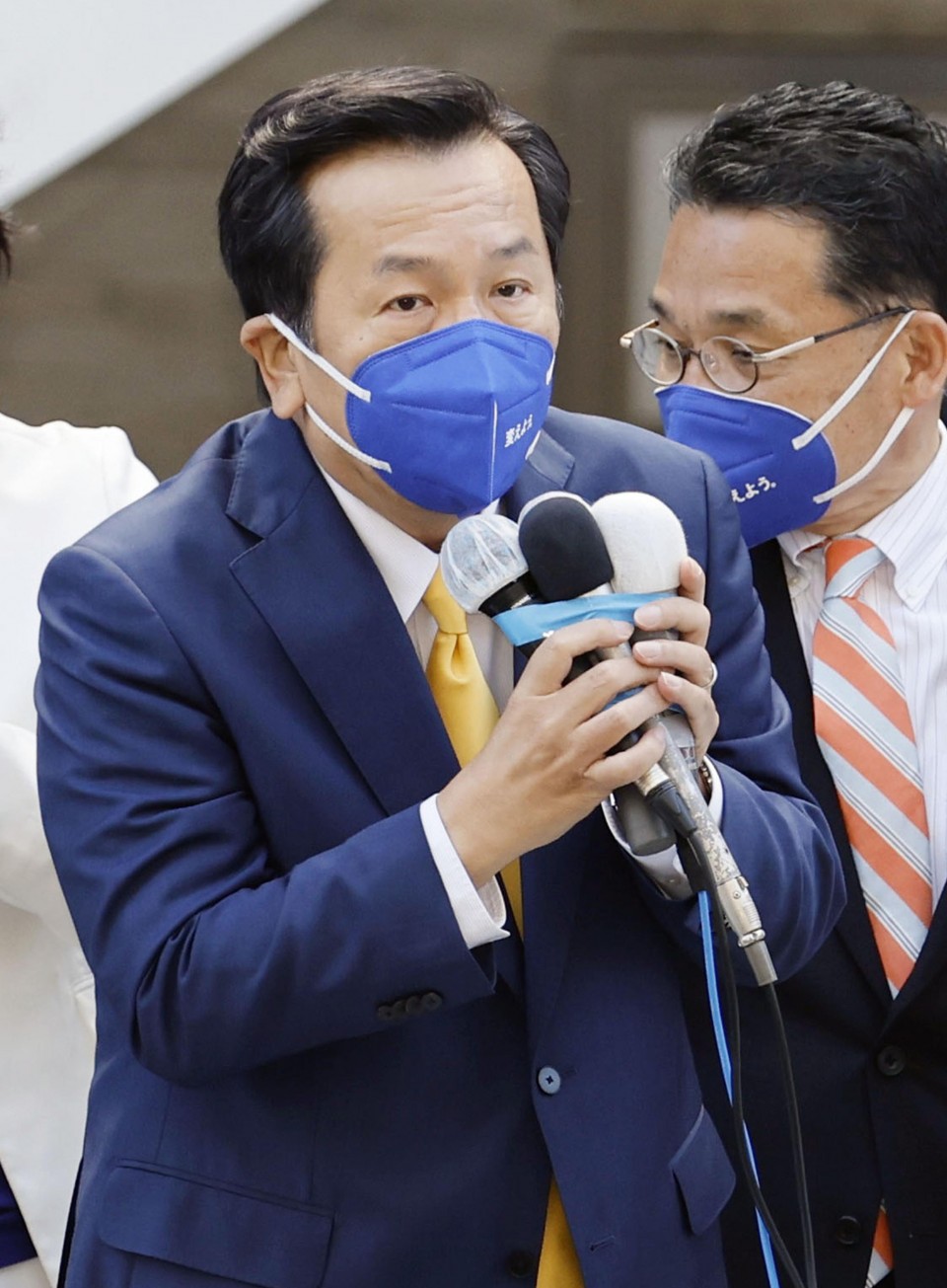 Yukio Edano, head of the main opposition Constitutional Democratic Party of Japan, gives a stump speech in Saitama near Tokyo on Oct. 23, 2021. (Kyodo)

Yukio Edano, head of the main opposition Constitutional Democratic Party of Japan, meanwhile, said in Saitama near Tokyo, "It is the people that have the strength to change politics. Let us create a society that enables us to support each other."

The campaigning began Tuesday, with around 1,000 candidates vying for 465 seats in the House of Representatives, the more powerful lower house.

The Oct. 31 general election will be the first to be held in four years, with voters set to deliver their verdict on the LDP-led government's performance.

A Kyodo News survey shows that a large majority of people in Japan feel their lives have been affected by the pandemic.

The results of the mini survey targeting 100 voters nationwide, released Saturday, found that economic and labor policies are the most important for 38 of them in the upcoming election, making up the largest proportion, followed by measures against the coronavirus with 11.

Of the 100 respondents, 74 said their lives or the country's economy has taken a hit by the spread of the virus.

Shinzo Abe headed the ruling party for about eight years until 2020, while his successor, Yoshihide Suga, was on the job for one year and stepped down, partly due to public discontent with his handling of the pandemic. Kishida now leads after taking office earlier this month.

At a stump speech in Kitakyushu, southwestern Japan, Natsuo Yamaguchi, leader of the LDP's junior coalition ally Komeito, criticized the opposition parties, saying they will "not be an option as they are uncertain and can only form an unstable and unpredictable government."

Meanwhile, Japanese Communist Party Chairman Kazuo Shii said in Nagoya that Kishida had "inherited, without questioning, the governments run under Abe, who ruined Japan, and Suga."

"I want to increase the amount of money everyone can use," Taro Yamamoto, head of the anti-establishment Reiwa Shinsengumi, said in his speech in Tokyo, emphasizing his support for lowering the consumption tax.

Media polls have shown that the ruling coalition is on course to retain its majority in the lower house.

A Kyodo News survey conducted last weekend showed the LDP leads in popular support, with 29.6 percent of respondents saying they will cast ballots for the ruling party in the proportional representation section of the election, followed by 9.7 percent backing the CDPJ.

But 39.4 percent said they still do not know which party they will vote for. Komeito was backed by 4.7 percent.

The LDP has only been ousted from power twice since its founding in 1955. The second time, from 2009 to 2012, was by the forerunner to the CDPJ, the Democratic Party of Japan.