Plastic additives found in 52% of seabirds around the globe: study

More than half the world's seabirds have accumulated plastic chemical components in their bodies, a recent study by an international team of researchers showed, highlighting a worrying trend regarding the impact of plastic pollution on marine fauna.

The joint study, conducted by 18 universities and research institutes in Japan and six other countries, analyzed an oil secreted from the preen gland just above the tail of 145 seabirds from 32 species in 16 different locations around the world, detecting plastic additives in 76 or them, or 52 percent. 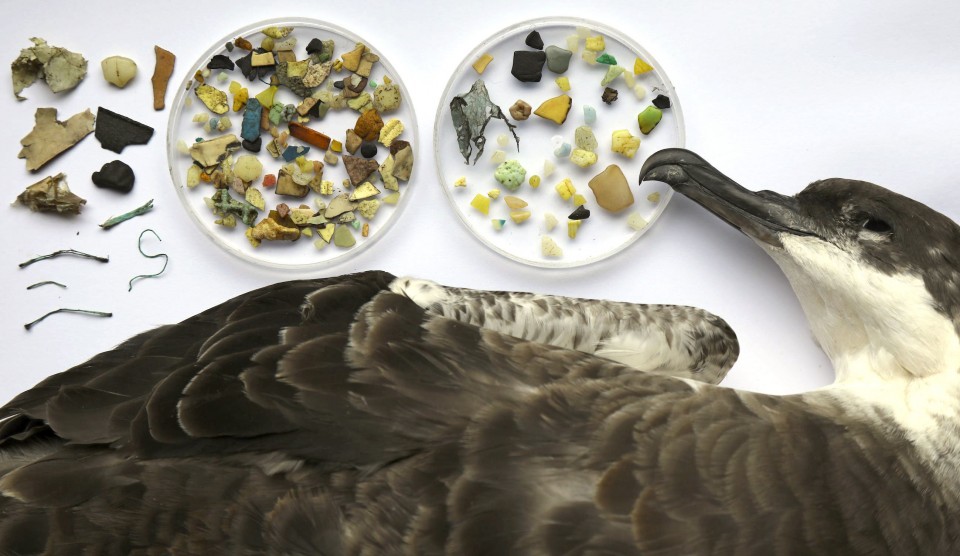 Photo shows a sample of the plastic fragments found in the stomach of a seabird from an island in the South Atlantic Ocean. (Photo courtesy of Peter Ryan, professor at University of Cape Town)(Copyright Peter Ryan)(Kyodo)

"Ingestion of plastic by seabirds is growing on a global scale. There is an urgent need to switch to low-toxicity additives that do not accumulate in the bodies of living organisms," said Hideshige Takada, a professor at Tokyo University of Agriculture and Technology who was involved in the study.

The researchers' findings were released in an article published last Monday in the journal of Environmental Monitoring and Contaminants Research.

The additives found in the seabirds included two flame retardants and six stabilizers to prevent plastic from deteriorating due to ultraviolet rays.

Species in which the contaminants were found included the streaked shearwater from Awashima Island, Niigata Prefecture, the least auklet from St. Lawrence Island, an island belonging to the United States in the Bering Sea, and the blue petrel from South Africa's Marion Island in the sub-Antarctic.

Chemicals were also found in a gentoo penguin on the French islands of Kerguelen in the southern Indian Ocean.

UV328, a UV stabilizer that is being considered for regulation under an international treaty, was found in seabirds on Ecuador's Galapagos Islands among other locations.

Plastics were also directly observed in the stomach of some seabirds, including Hawaiian petrels from Hawaii and flesh-footed shearwaters from Western Australia, both of which exhibited high concentrations of additives.

The team estimated that up to 30 percent of seabirds in the study had accumulated the chemicals after directly ingesting plastic, while the remainder are believed to have been exposed via their diet.