The International Monetary Fund on Tuesday offered assurances as to the credibility of its data and forecasts after allegations surfaced that IMF chief Kristalina Georgieva, in her previous capacity as a top World Bank official, pressured staff to manipulate a flagship report in a way that would appease China.

"In the case of the IMF, we take data integrity incredibly seriously, which is why we have many processes in place to make sure that our data and forecasts are...reviewed carefully by multiple departments, multiple economists," IMF chief economist Gita Gopinath told a press conference. 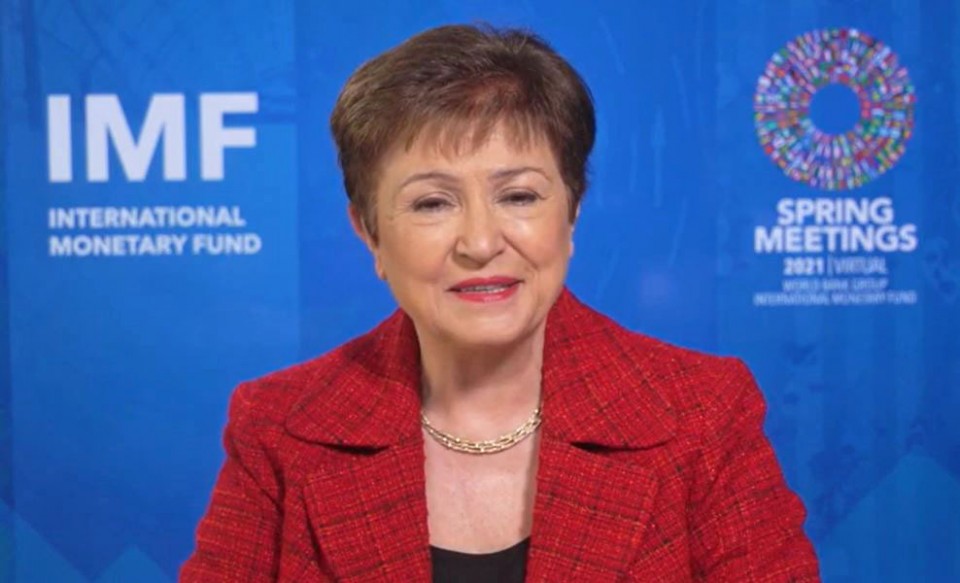 Her remarks came as the IMF Executive Board issued a statement Monday saying its review "did not conclusively demonstrate" that Georgieva played an improper role regarding the 2018 World Bank report, which ranks the business environment in different countries, and affirming "full confidence" in her ability to continue to carry out her duties.

The World Bank announced last month the outcome of a probe into issues including data irregularities pertaining to China in its 2018 Doing Business report, alleging "undue pressure" from then CEO Georgieva on the bank's staff toward improving China's ranking.

Around that time, World Bank management was consumed with sensitive negotiations over its capital increase campaign, in which China was expected to play a key role. Chinese government officials, meanwhile, had expressed frustrations over their country's ranking, which was at 78 in the 2017 Doing Business report.

Georgieva, a Bulgarian economist who has helmed the IMF since October 2019, has denied the allegations. She was World Bank CEO from January 2017 to September 2019.

In the Monday statement, the IMF Executive Board said it has "confidence in the impartiality and analytical excellence of IMF staff and in the IMF's robust and effective channels for complaint, dissent, and accountability."

The Executive Board plans to meet to consider "possible additional steps to ensure the strength of institutional safeguards in these areas," the Washington-based institution said.

U.S. Treasury Secretary Janet Yellen also told the IMF chief during a phone call Monday that "absent further direct evidence with regard to the role of the managing director there is not a basis for a change in IMF leadership," according to the Treasury Department.

IMF, WHO, others call for $50 bil. investment toward ending pandemic