Former Empress Michiko has said she will miss her first grandchild Princess Mako, who is set to leave the imperial household upon marriage slated for next week, the Imperial Household Agency said on the occasion of her 87th birthday Wednesday.

The former empress has also expressed her thoughts about areas that were devastated by the March 2011 earthquake and tsunami in northeastern Japan and the subsequent Fukushima nuclear crisis as this year marked the 10th anniversary of the disaster. 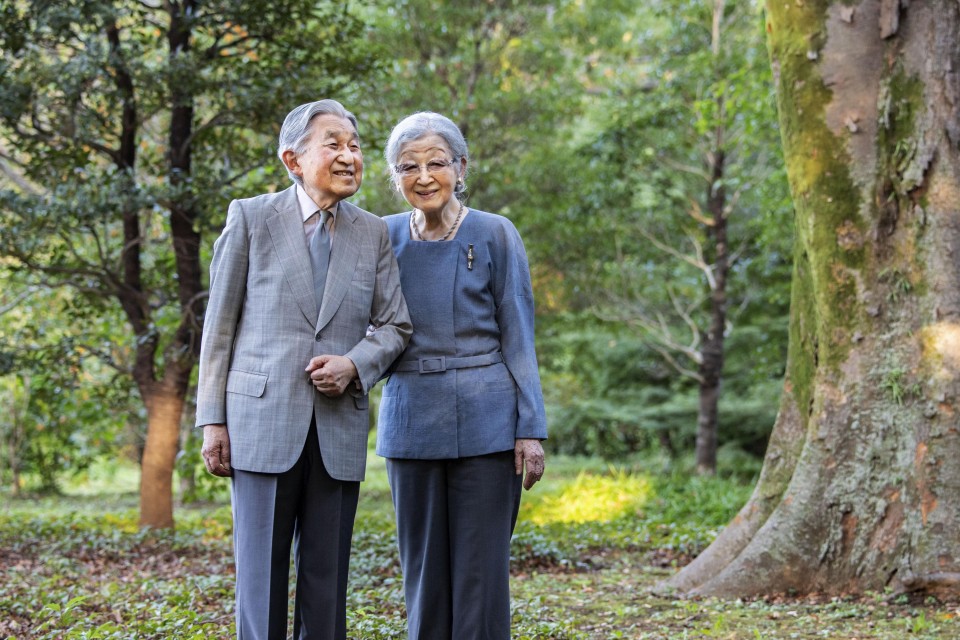 Meanwhile, she has indicated her sympathy for the people who were affected by heavy rain that lashed wide areas of Japan this summer and triggered a fatal mudslide in Atami, southwest of Tokyo.

Her first grandchild Princess Mako, 29, the eldest daughter of Crown Prince Fumihito and a niece of Emperor Naruhito, is set to marry her boyfriend Kei Komuro, 30, on Oct. 26, despite public concern over a financial dispute involving Komuro's mother.

The princess, who will lose her royal status after marrying her commoner boyfriend, is believed to start a new life with Komuro in the United States, where he currently works at a law firm.

When the Tokyo Olympics and Paralympics were held this summer, the former empress fondly recalled the previous games hosted by the Japanese capital in 1964 and was impressed by the development of sports for the disabled, according to the agency.

Her husband former Emperor Akihito, 87, served as honorary patron of the 1964 Tokyo Paralympics when he was crown prince.

Although the former empress successfully underwent surgeries for cataracts and breast cancer in 2019, she has often had a mild fever in the afternoons since May last year.

While she has also complained of stiffness in her fingers, possibly an effect of hormonal treatment following her breast cancer surgery, she has been able to play the piano in recent days, according to the agency.

The former empress maintains her daily routine of reading aloud a book in the morning after breakfast with former Emperor Akihito, who stepped down from the Chrysanthemum Throne on April 30, 2019.

The former emperor became the first Japanese monarch to abdicate in about two centuries, bringing to an end the 30-year Heisei Era. His eldest son Emperor Naruhito, 61, subsequently ascended the throne.