Leaders of the Group of 20 major economies agreed Tuesday on the need for the international community to work together to address the humanitarian crisis in Afghanistan and promote human rights in the country including for women and ethnic minorities, the White House said.

During a virtual summit hosted by Italian Prime Minister Mario Draghi, the G-20 leaders also discussed counterterrorism efforts, including against threats from an Islamic State affiliate, and ways to ensure safe passage for foreign nationals and Afghans with documentation seeking to depart the war-torn country, the White House said in a press release. 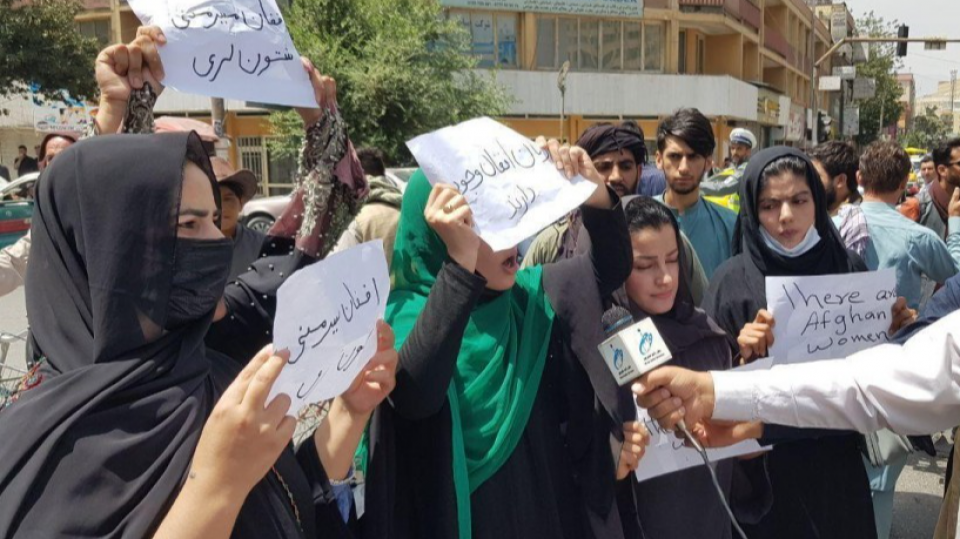 Afghan women, holding placards, gather to demand the protection of Afghan women's rights in front of the Presidential Palace in Kabul on Aug. 17, 2021. (Anadolu Agency/Getty/Kyodo)

The leaders "reaffirmed their collective commitment to provide humanitarian assistance directly to the Afghan people through independent international organizations, and to promote fundamental human rights for all Afghans, including women, girls, and members of minority groups," it added.

Afghanistan's economy has all but collapsed following the Taliban's return to power on Aug. 15, and there are concerns over a regression of human rights, particularly for women, and fears the country could revert into a hotbed of terrorism.

The virtual summit came ahead of an in-person gathering of G-20 leaders set for the end of the month in Rome.

Japanese Prime Minister Fumio Kishida said his country will provide a total of $200 million this year, including $65 million through international organizations, and stressed the importance of maintaining economic activity and basic services, according to the Foreign Ministry.

"Protecting the human rights of all Afghans, particularly women's right to receive education and work, is crucial for the future development of Afghanistan," the ministry quoted Kishida as saying during the meeting.

The Taliban, which controlled Afghanistan from 1996 to 2001 before being ousted by the United States in the wake of the Sept. 11 terrorist attacks, is not recognized by the international community as a legitimate government.

French President Emmanuel Macron said in an interview that the G-20 should set conditions for formally acknowledging Taliban rule and that his country would push for ensuring gender equality.

Building consensus within the G-20, which includes both advanced and emerging economies, is often difficult as the United States remains at odds with China and Russia over economic and security issues.

The summit was also attended by U.N. Secretary General Antonio Guterres, who has said Afghanistan is at a "make-or-break" moment, as well as the heads of the International Monetary Fund and the World Bank.

"Without food, without jobs, without their rights protected, we will see more and more Afghans fleeing their homes in search of a better life," Guterres said Monday. 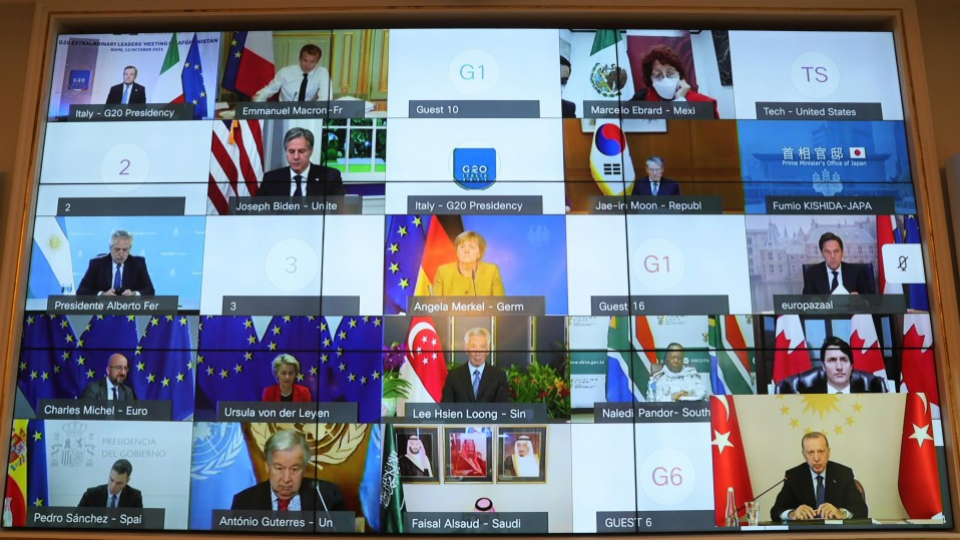