Japan, France to hold 2-plus-2 security talks this year

Japan and France plan to hold security talks involving their foreign and defense ministers within the year, the French government said Tuesday.

Sources knowledgeable about the matter said the so-called two-plus-two talks will be held in the Japanese capital, likely between late November and early December.

France's Foreign Minister Jean-Yves Le Drian and Armed Forces Minister Florence Parly are expected to visit Tokyo for the first such talks since 2019. 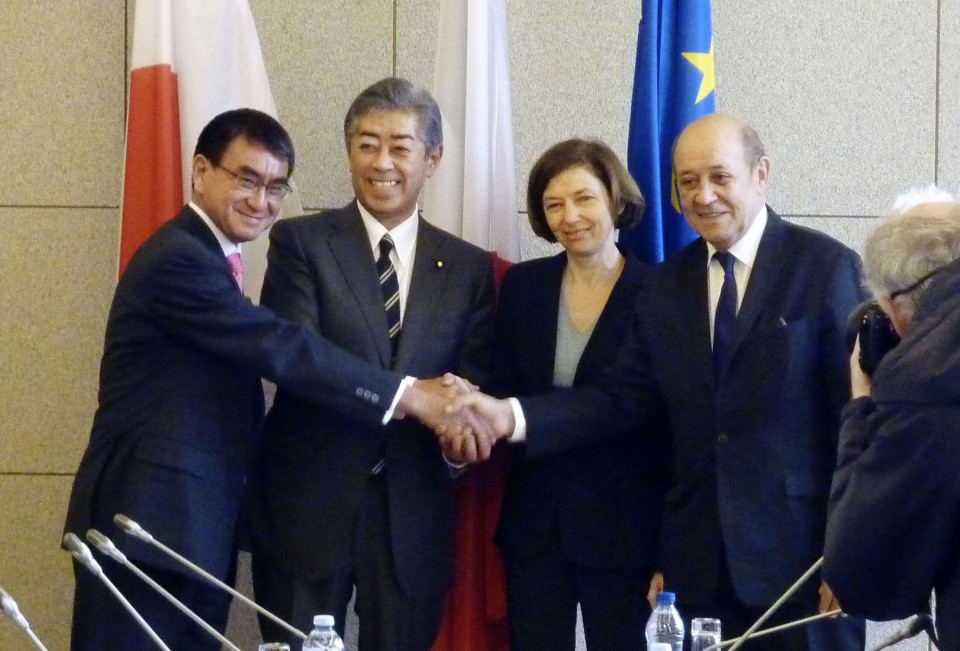 Setting the stage for the two-plus-two meeting, a working-level dialogue between Japanese and French foreign ministry and defense officials was held on Tuesday in Tokyo.

In July this year, then Japanese Prime Minister Yoshihide Suga and French President Emmanuel Macron met and affirmed deeper security cooperation to achieve a free and open Indo-Pacific in light of China's military buildup and assertive territorial claims in the region.

The Japanese Self-Defense Forces held in Japan a joint exercise in May that included the United States, Australia and France to boost the capability of defending remote islands.