Princess Mako, a niece of Emperor Naruhito, is known by people close to her as an independent and friendly woman who has pursued a career as a researcher at a museum while performing imperial duties. 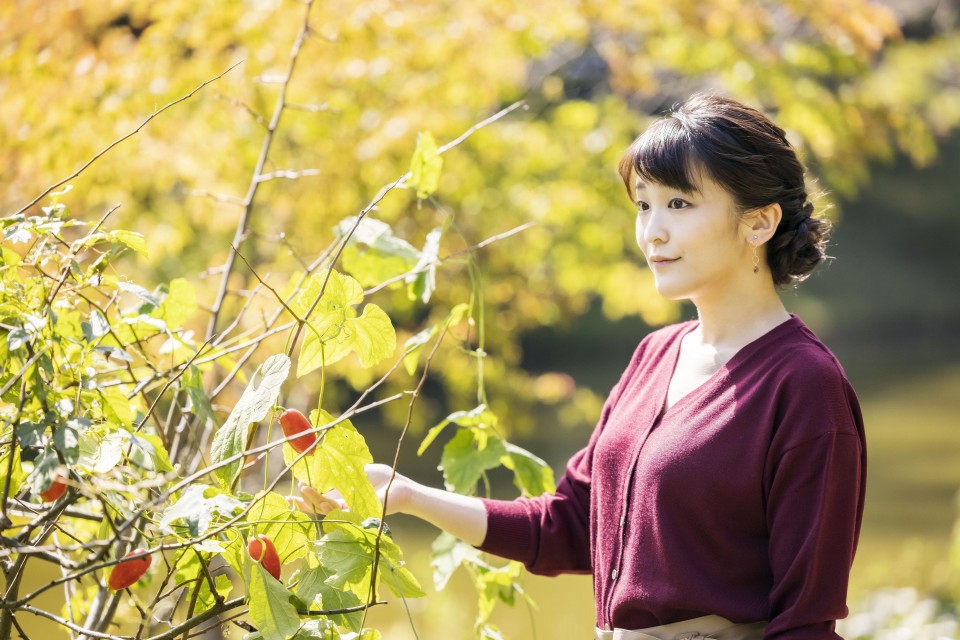 Supplied photo shows Princess Mako taking a stroll in the Akasaka Estate in Tokyo on Oct. 6, 2021. (Photo courtesy of the Imperial Household Agency)(Kyodo)

The princess met her husband Kei Komuro at the university in 2012 at a meeting for students hoping to study abroad.

She was keen to play an active role in promoting friendly international ties, visiting Honduras and El Salvador among other countries in about four years through July 2019, as she took over part of such duties from former Emperor Akihito and former Empress Michiko after her grandfather's abdication in April 2019.

The governments of Paraguay and Brazil bestowed medals on Princess Mako earlier this month for her work in promoting friendly ties between the two nations and Japan. 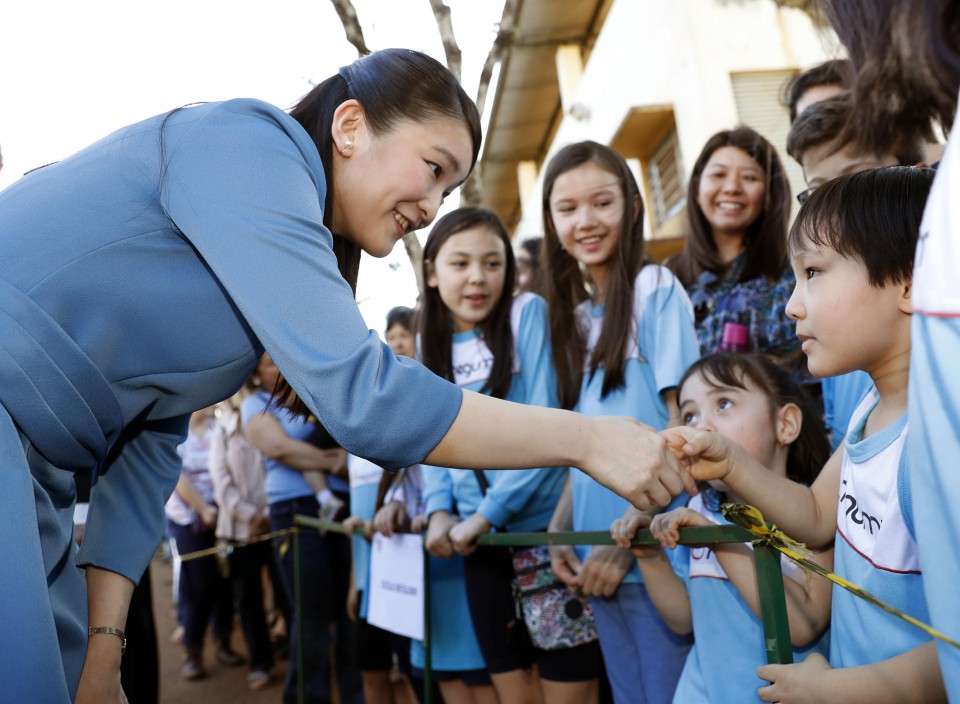 File photo shows Princess Mako (L) shaking hands with a child during a visit to Londrina, Brazil, on July 19, 2018. (Kyodo)

The princess also visited many parts of Japan. She volunteered to offer lectures to children in Iwate and Miyagi prefectures in the summer of 2011, two of the hardest-hit areas in the earthquake and tsunami in March of that year.

Born on Oct. 23, 1991, as the first child of Crown Prince Fumihito and Crown Princess Kiko, the princess was named Mako, which features the kanji character "ma" meaning true or natural, as her father hoped she would lead an unpretentious life by staying faithful to herself.

Since the revelation of a money dispute involving Komuro's mother, the couple and their families have often been subjected to derogatory comments on social media.

Last November, she said in a statement that she and Komuro are "irreplaceable to each other" and that "a marriage is a necessary choice" to allow them to cherish and protect their feelings.

The Imperial Household Agency said earlier this month that Princess Mako has been diagnosed with complex post-traumatic stress disorder caused by what she described as psychological abuse the couple and their families received.

Princess Mako to only give written answers for marriage press conference