It's hard to imagine that the world's most famous spy with a license to kill would ever answer to a Yank from across the pond. After all, he works for Her Majesty's Secret Service. But "No Time to Die," the 25th James Bond film, is the first in the long-running series where an American, director Cary Joji Fukunaga, got to call the shots.

Fukunaga, who spoke with Kyodo News in a recent interview, said he had no qualms about taking on a British icon. 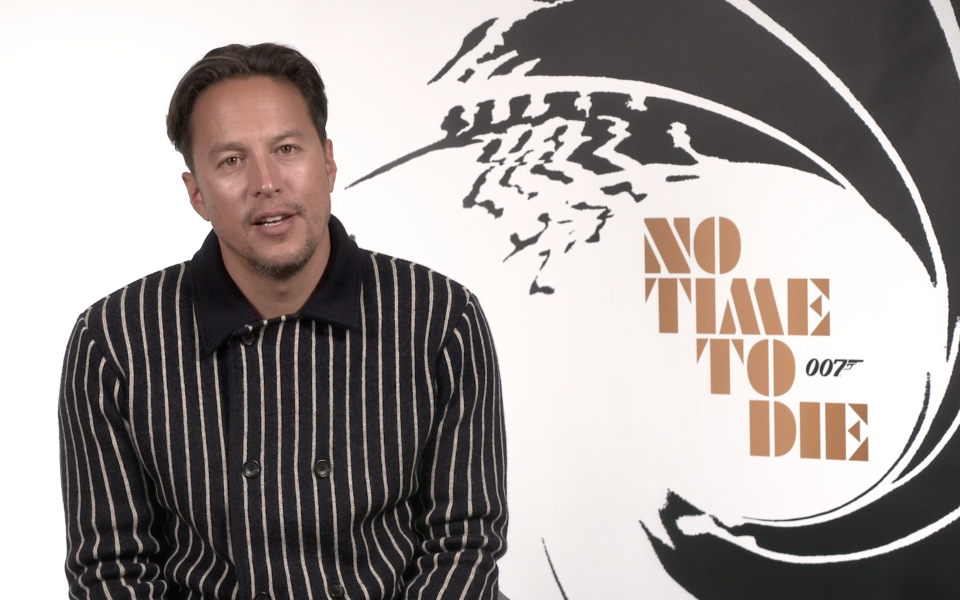 "Not in terms of being an American. I didn't even learn about that fact until deeper into the project," he said, referring to his becoming Bond's first U.S. director (American Irvin Kershner directed "Never Say Never Again," but the 1983 film was not part of the official 007 film franchise.)

"But, you know, I wouldn't have taken the job if I didn't think I had something to add and if it wasn't going to be a challenge. And it definitely showed up on the challenge front."

The biggest challenge was time. "When I came on board a couple of weeks after Danny Boyle left the project (in 2018), the producers and Daniel (Craig) made it clear they wanted to start from scratch," the director said. "So we had about 10 or 12 weeks to not only figure out an outline but some version of a screenplay that we could show Daniel and the studio."

Craig's debut as Bond, "Casino Royale," and George Lazenby's one-off Bond pic "On Her Majesty's Secret Service" are Fukunaga's favorites of the series and were pivotal in the making of "No Time to Die," he said. 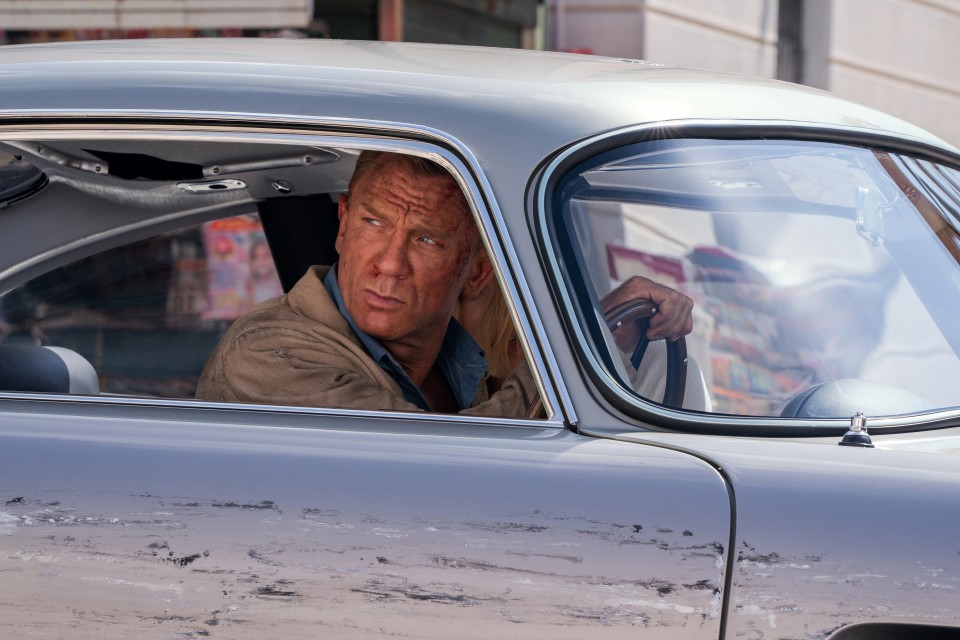 "'Casino' for me was the film that brought me back into the franchise as an adult. I kind of tuned out for a bit as a younger adult," Fukunaga said.

"I like what Daniel brought to the character. Vesper Lynd's story arc (Eva Green) that she had with Daniel and the love that eventually blossomed out of that became a big touchstone for how we would conclude this story. If that was the first chapter, then mine will be the final chapter, and therefore connect the themes that were established in (director) Martin Campbell's film."

As for "On Her Majesty's Secret Service," Fukunaga said he loved "the way it was constructed, what happens with (Bond's wife) Theresa and, of course, the music from that film. I think John Barry and Louis Armstrong's song ("We Have All the Time in the World") is one of my favorites."

Unusually for a Bond soundtrack, that film's song and its opening theme are reprised in "No Time to Die," alongside Billie Eilish's new title track.

Returning to the series are Bond's love interest Madeleine Swann (Lea Seydoux) and archenemy, Ernst Stavro Blofeld (Christoph Waltz), who both first appeared in 2015's "Spectre." This time around, though, 007's biggest threat comes in the form of a new nemesis, Safin.

Portrayed by Oscar-winner Rami Malek, the facially disfigured Safin has a penchant for mass murder as well as an affinity for Japanese culture and interior design. Early in the film, he dons a ghostly white Noh theater mask. Later on, inside his lair, Safin sits on a tatami floor while wearing a kimono. A large bonsai tree and "kamidana" miniature household altar are visible in the background. 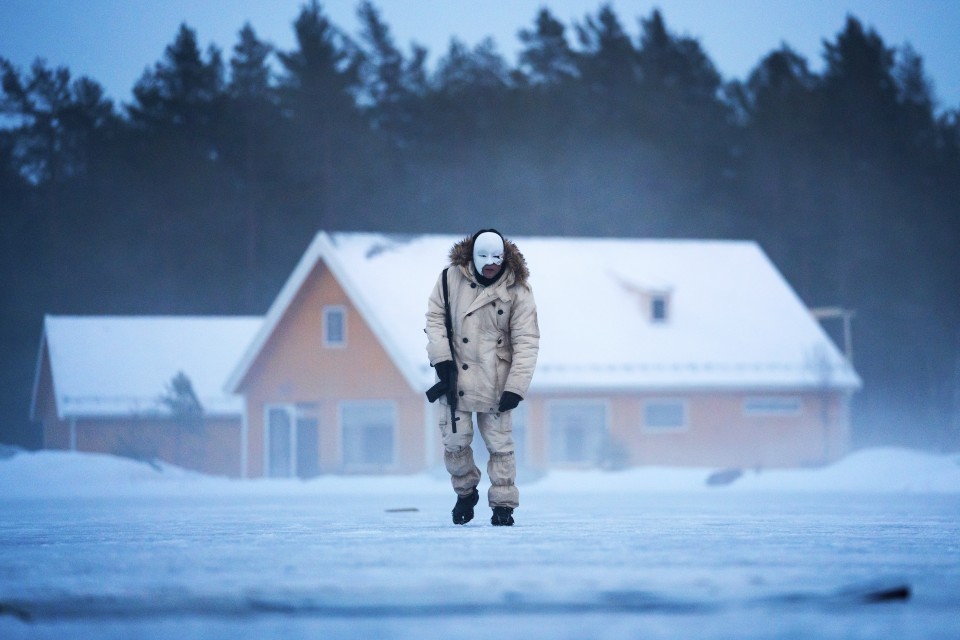 A fourth-generation Japanese American, Fukunaga said, "I think 'You Only Live Twice' was one of the bigger influences in the story," referencing the Ian Fleming novel and the Sean Connery film adaptation, both of which were set in Japan.

Another element taken from Fleming's book is Safin's Zen stone garden, in which he cultivates a plethora of deadly plants. "(Producer) Barbara (Broccoli) always wanted to figure out a way to bring the poison garden in. There's a couple of other things in that book that kind of make their way to the story as well," Fukunaga explained. "So it was interesting, you know, how the book differed from the movie in a lot of ways and how that could be for the people who are fans of the books to see that."

In 2012's "Skyfall," Japanese audiences may have been surprised to see that the villain's hideout was heavily inspired by Nagasaki Prefecture's Hashima, an abandoned coal-mine island. In "No Time to Die," Safin has a secret base on one of the disputed Kuril Islands, territory claimed by both Japan and Russia. The film lightly touches upon this real-world, politically complex issue.

"The idea this family, although tied to Spectre, might've been living on the fringes on a disputed island between Russia and Japan seemed interesting. And therefore, because of that sort of geographic location, has cultural influences brought in from Japan."

The Japanese influence doesn't end there. Safin's lair is partly based on architecture by Tadao Ando on Naoshima, an island in Japan's Seto Inland Sea, known for its many contemporary art installations.

"I saw Tadao Ando's museum buildings on Naoshima. They themselves looked like they're straight out of the Bond universe. And so that was kind of one of many inspirations (production designer) Mark Tildesley and I looked at for doing this missile base," Fukunaga said.

Asked if the Japanese set design elements could be misconstrued as a statement about which country has rights to the islands, Fukunaga offered a diplomatic response. "I think there's as much Soviet aesthetics in there, too, including almost being entirely staffed by Russians," he said with a smile. 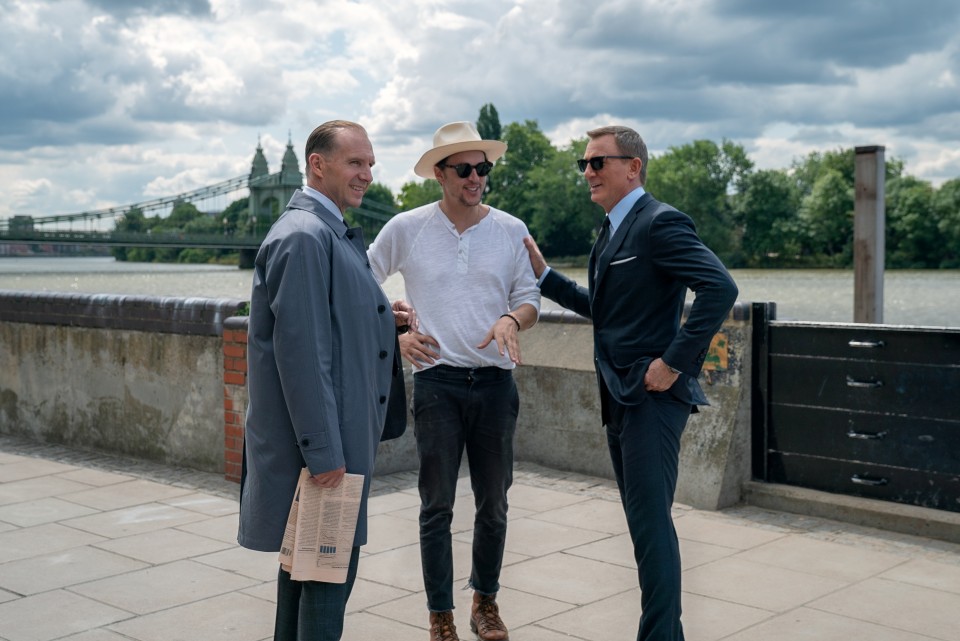 Since Connery originated the role with "Dr. No" in 1962, the 007 moniker has been passed on to five white male actors: Lazenby, Roger Moore, Timothy Dalton, Pierce Brosnan, and Craig.

Now nearly 60 years later, there has been a great deal of media speculation about whether a black or female actor should succeed Craig. Most recently, Ben Whishaw, who reprises his role as MI6's gadget supplier "Q," stated that he would like to see Bond played as a gay character.

Could an Asian Bond also be on the horizon? "I think that the most important thing is the DNA of the character that Fleming wrote and that conflict and damage. That's the most important part that needs to be in there," said Fukunaga. "In terms of who it would be, I'm just thankful that I don't have to make that decision."