The Olympic gold medal-winning Japanese baseball squad won the Best Male Team of the Tokyo Games at an awards ceremony that was part of the ANOC General Assembly held on the Greek island of Crete on Sunday.

Samurai Japan beat the United States for gold at the pandemic-delayed games this summer, the country's first Olympic gold in baseball since the sport was officially included in the program at the 1992 Barcelona Games.

"We will dedicate ourselves to promoting the sport so that baseball, along with softball, will be re-added to the Olympic program. Thank you so much for this (award)," Yomiuri Giants infielder Hayato Sakamoto said on behalf of the team in a video message delivered to the Association of National Olympic Committees. 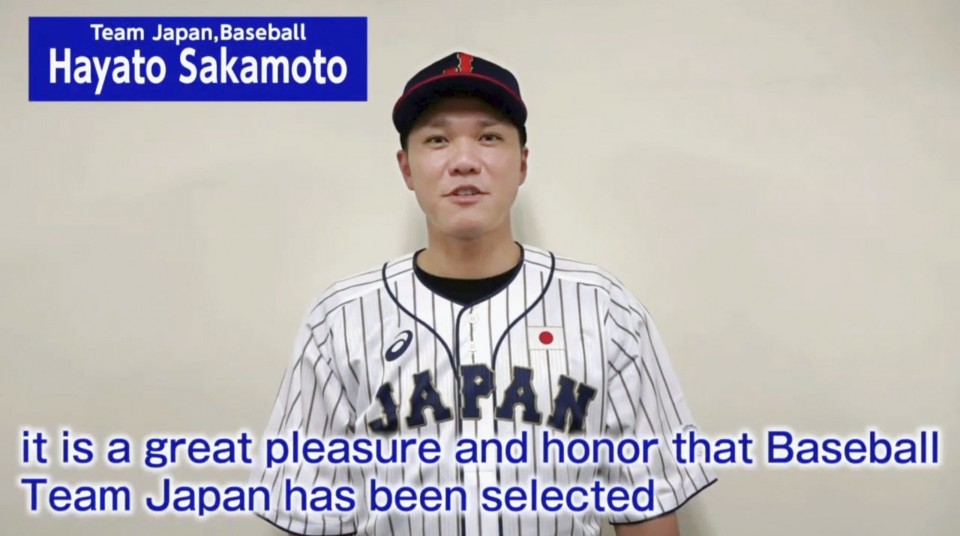 Infielder Hayato Sakamoto speaks on behalf of the Olympic gold medal-winning Japanese baseball squad in a video message delivered to the Association of National Olympic Committees, as seen in this screenshot image from the association's YouTube channel. (Kyodo)

Japan, led by manager Atsunori Inaba, won all five of their matches at their home Olympics, including the Aug. 7 final.

Many new sports made their debut in Tokyo 2020. Skateboarding, surfing, sport climbing and karate were contested for the first time, while softball and baseball returned to the games after last being part of the program in 2008.

With the Tokyo Olympics delayed for a year by the pandemic, the next summer Games are now less than three years away.

Karate, baseball and softball will be dropped from the Paris Games, while youth-centered sports like surfing, skateboarding and sport climbing will stay. Breaking, a street-style dance discipline, will be added for the event in the French capital.

Other awards included Outstanding NOC of Tokyo 2020, given to the Japanese Olympic Committee.