North Korea test-fired a newly developed anti-aircraft missile Thursday to confirm the practicality of operation of the launcher and other components of the system, the official Korean Central News Agency said Friday.

The missile test, the fourth by Pyongyang in September, was of "very practical significance in studying and developing various prospective anti-aircraft missile systems," the Academy of Defense Science said, according to the KCNA's report.

The location of the launch and the missile's flight distance were not mentioned in the report. 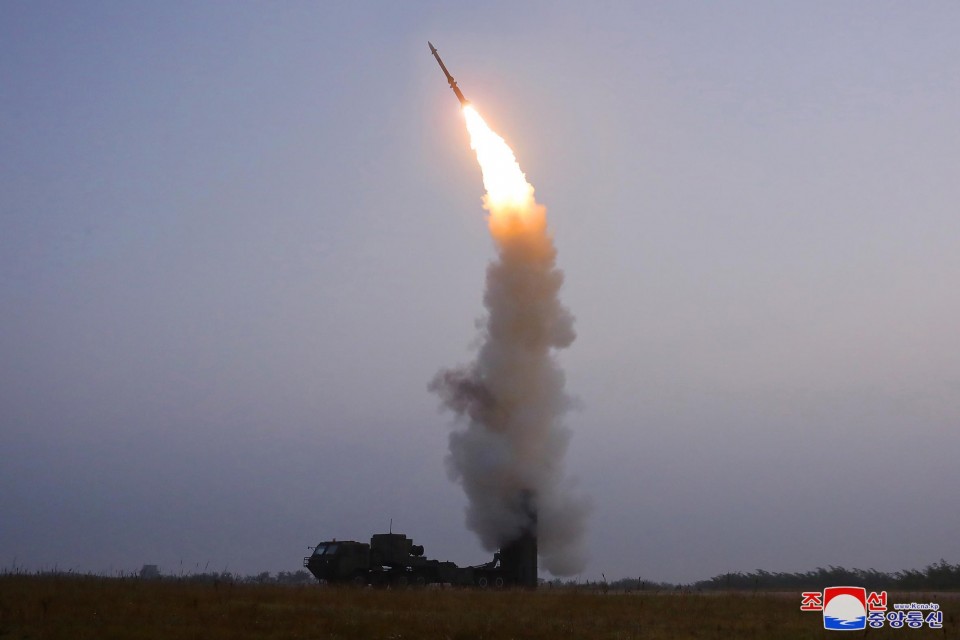 The news followed Kim saying the country's weapons are "being developed at an extremely fast speed" during a speech on Wednesday at a session of the country's top legislature, the Supreme People's Assembly, according to a report by KCNA on Thursday.

Kim said at the ruling Workers' Party congress in January that he wanted to strengthen his country's military capacities and bolster its nuclear arsenal, adding that the country had already developed anti-aircraft missiles.

In response to the test-firing of the missile on Thursday, Japan's top government spokesman, Chief Cabinet Secretary Katsunobu Kato, said on Friday that Japan will continue to collect and analyze information of the test and conduct surveillance, in close cooperation with the United States and South Korea.

But Kato said in a press conference that he would refrain from talking about the launch itself.