Former Japanese Justice Minister Katsuyuki Kawai on Thursday accepted a three-year prison term for buying votes for his wife in the 2019 upper house election, dropping his appeal in the high-profile case that has rocked the country's major ruling party.

Kawai, who held the ministerial post under then-Prime Minister Shinzo Abe, is the first former Japanese Cabinet member in over 10 years to have a prison term finalized. 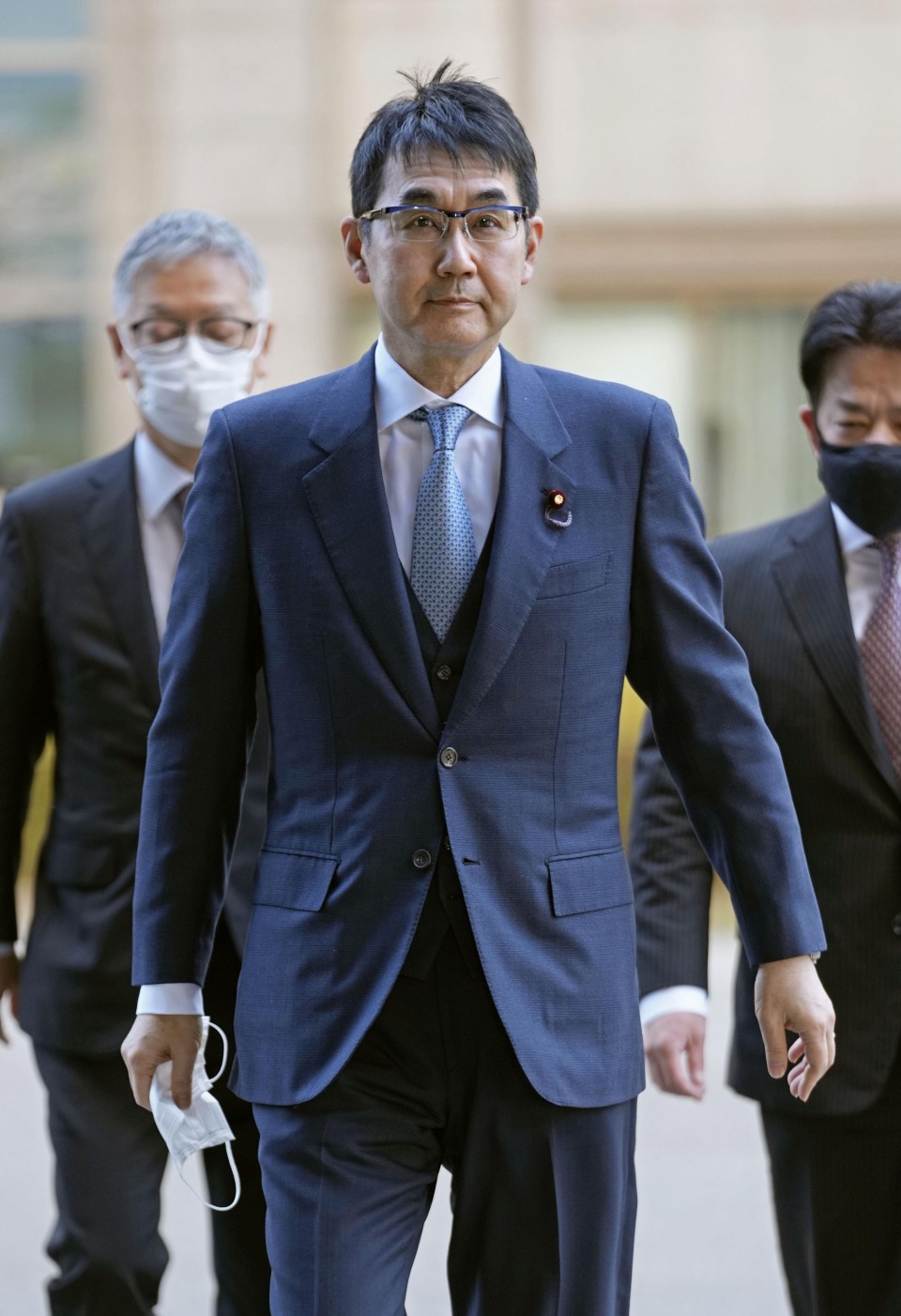 He is also subject to a forfeiture of 1.3 million yen ($11,400) after the Tokyo District Court's ruling in June found he had handed out a total of 28.7 million yen to 100 local assembly members and supporters in his wife Anri's constituency in Hiroshima Prefecture, western Japan, to buy votes.

"The responsibility is solely on me, and I am ready to accept it all," Kawai said in a statement released through his lawyer. "I ask for leniency on the people who have accepted cash."

The lawyer said Kawai withdrew his appeal on Thursday fearing a prolonged legal battle could impede his efforts to again contribute to society.

The withdrawal comes as campaigning for the Oct. 31 lower house election has started, with voters set to deliver their verdict on the Liberal Democratic Party-led government's performance.

The ruling party was headed by Abe for about eight years until 2020, his successor Yoshihide Suga was in the job for one year and now Prime Minister Fumio Kishida leads, having taken office early this month.

Kawai pleaded not guilty in his first hearing in August last year. But he admitted to most of the charges in March and sought a suspended sentence.

His defense appealed on the day the district court handed down the ruling on June 18, but it apparently concluded that it would be difficult to overturn the decision.

The ruling did not touch on the unusually large sum of 150 million yen the LDP headquarters provided to Anri Kawai's camp ahead of the 2019 House of Councillors election amid suspicion that the money was used by the former justice minister to buy votes.

While the LDP denied any such use of the money last month, based on corrected political funds reports the Kawais submitted, opposition parties have called for reinvestigation ahead of the national vote.

Anri Kawai, who won a seat in the 2019 election, was sentenced in January this year by the same court to 16 months in prison, suspended for five years, for also distributing money to local legislators in Hiroshima Prefecture. The ruling was finalized in February.

The former deputy chief Cabinet secretary was given a two-year prison term and a fine of 11 million yen in September 2010 for influence peddling.