U.S. researchers David Julius and Ardem Patapoutian won the Nobel Prize in physiology or medicine on Monday for discovering receptors for temperature and touch.

The discoveries by the two scientists explain how nerve impulses are initiated so that temperature and pressure can be perceived, paving the way for developing treatments for chronic pain and other conditions, the Nobel Assembly at the Karolinska Institute said in a statement. 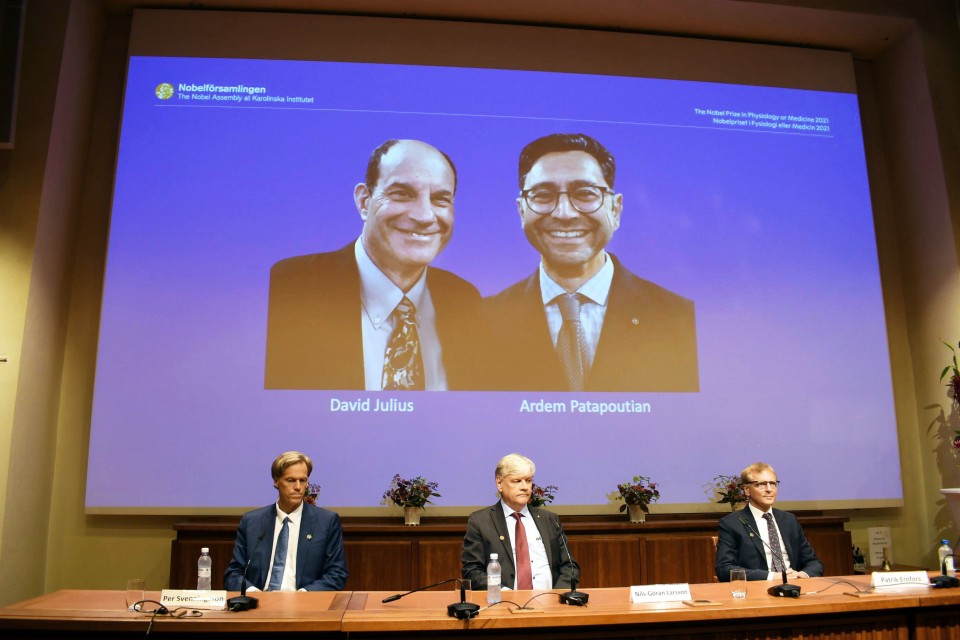 Julius, 65, is currently a professor at the University of California, San Francisco, while Patapoutian, born in 1967 in Lebanon and moved to Los Angeles in his youth, has worked at the Scripps Research Institute in California since 2000.

By analyzing how the chemical compound capsaicin from chili peppers induces a burning sensation, Julius identified a sensor in the skin's nerve endings that responds to heat.

"These breakthrough discoveries launched intense research activities leading to a rapid increase in our understanding of how our nervous system senses heat, cold, and mechanical stimuli," the statement said.

The prize of 10 million kronor ($1.15 million) will be split equally between the winners.