China's economy grew 4.9 percent from a year earlier during the July-September period, official data showed Monday, but the pace of expansion slowed and the economic outlook has become gloomier against a backdrop of an electricity shortfall and financial market turmoil.

The world's second-largest economy recorded the sixth straight quarter of growth, highlighting that the Asian power has steadily overcome the coronavirus shock, buoyed by a recovery of internal and external demand.

The pace of expansion, however, decelerated amid fears that a spike in global materials prices and a tightening of government regulations on the country's IT giants could erode corporate profits and hamper economic growth down the road. 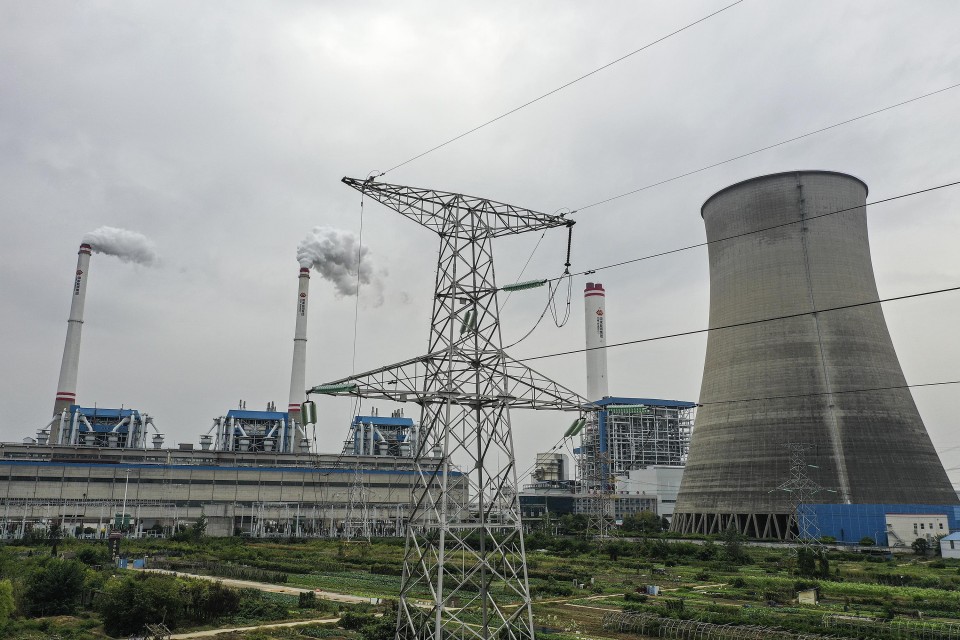 An aerial view of a coal-fired power plant in Hanchuan, Hubei Province, in China on Oct. 13, 2021. (Getty/Kyodo)

China's National Bureau of Statistics said that the nation's economy maintained its recovery momentum, but it expressed wariness about the prospects.

"We must note that the current international environment uncertainties are mounting and the domestic economic recovery is still unstable and uneven," it said.

Since the increase in new coronavirus infections apparently peaked in February last year, China, dubbed the "world's factory," has shown signs of a V-shaped economic recovery with business activities intensifying and private spending bouncing back.

China was the only major economy to achieve growth in 2020. In the January-March period of 2021, China's economy posted its sharpest quarterly expansion on record, up 18.3 percent from the previous year. It also grew 7.9 percent in the three months through June.

At a session of the National People's Congress in March, the Communist-led government set its target for an annual gross domestic product at "over 6 percent" for 2021.

But many analysts expect investment in China to shrink ahead, in the face of the recent power crunch and mounting worries about a potential default of property developer China Evergrande Group, whose liabilities have swelled to around 2 trillion yuan ($311 billion).

China, the world's biggest CO2 emitter, has also been bearing the brunt of the power shortage, as coal prices have risen and the leadership of President Xi Jinping seeks to curb energy consumption to rein in greenhouse gas emissions.

The Global Times, a tabloid of the ruling Communist Party, reported that several regions in China, including Shenzhen, a special economic zone near Hong Kong, introduced steps to save electricity during a major national holiday earlier this month.

In Shenzhen, large-scale light shows were suspended for the seven-day holiday, the newspaper said, adding that local authorities strived to ensure power supply during the period when many people traveled and partook in leisure activities such as shopping.

Xi has promised that China's carbon dioxide emissions will peak before 2030 and the country aims to become carbon neutral by 2060.

In China, government regulations on energy consumption, as well as a hike in coal prices, have been forcing a number of factories to suspend their operations, undermining corporate performance among the nation's smaller companies.

A business organization in China has urged the central government to stabilize materials prices and provide a consistent electricity supply.

Concern, meanwhile, has been rife that a possible bankruptcy of Evergrande could cause a resurgence of the 2008 global financial crisis triggered by the collapse of U.S. securities firm Lehman Brothers Holdings Inc.

The property developer has been keen to expand its business while the real estate market in China has been languishing in the aftermath of the country's prolonged trade dispute with the United States and the coronavirus pandemic. 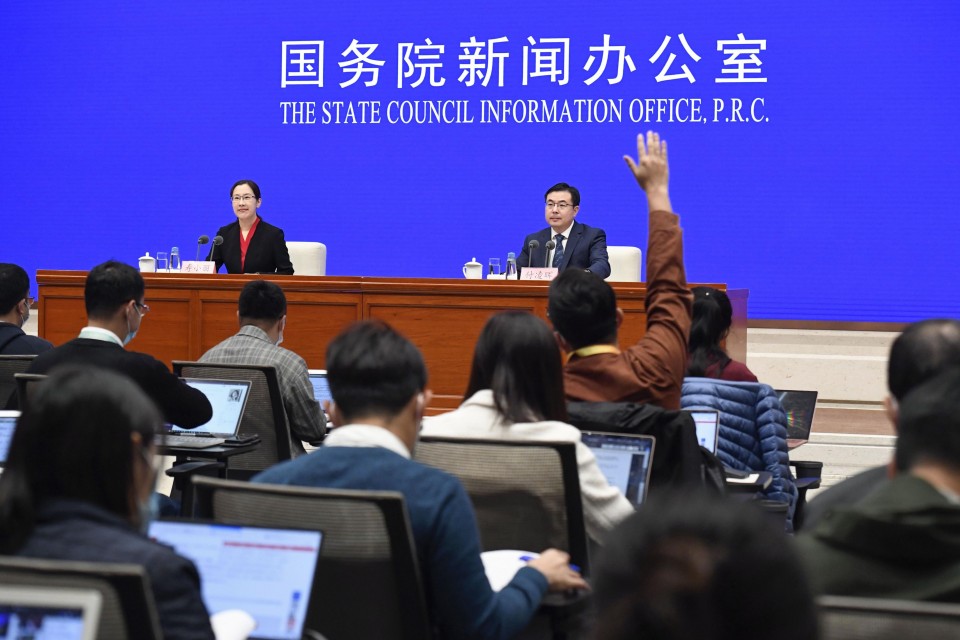 Officials of China's National Bureau of Statistics attend a press conference in Beijing on Oct. 18, 2021. China's economy grew 4.9 percent from a year earlier during the July-September period, but the pace of expansion slowed. (Kyodo) ==Kyodo