Japan's ruling Liberal Democratic Party may lose seats in the House of Representatives in Sunday's general election but it will retain a comfortable majority together with its coalition partner Komeito, a Kyodo News survey showed Wednesday.

Prime Minister Fumio Kishida, who took office less than a month ago, is expected to claim a mandate for his COVID-19 and economic policies with such a result. There will be little, if any, change to the Cabinet line-up if voters decide to keep the current government, he said in a TV appearance on Tuesday.

The LDP could fail to retain all of the 276 seats it held in the 465-seat lower chamber of parliament prior to the election, while the main opposition Constitutional Democratic Party of Japan is struggling to gain momentum toward adding to its 110 seats, according to the survey.

But the LDP and Komeito together could win more than 261 seats, enough to effectively control all standing committees in the lower house and push their legislative agenda forward. 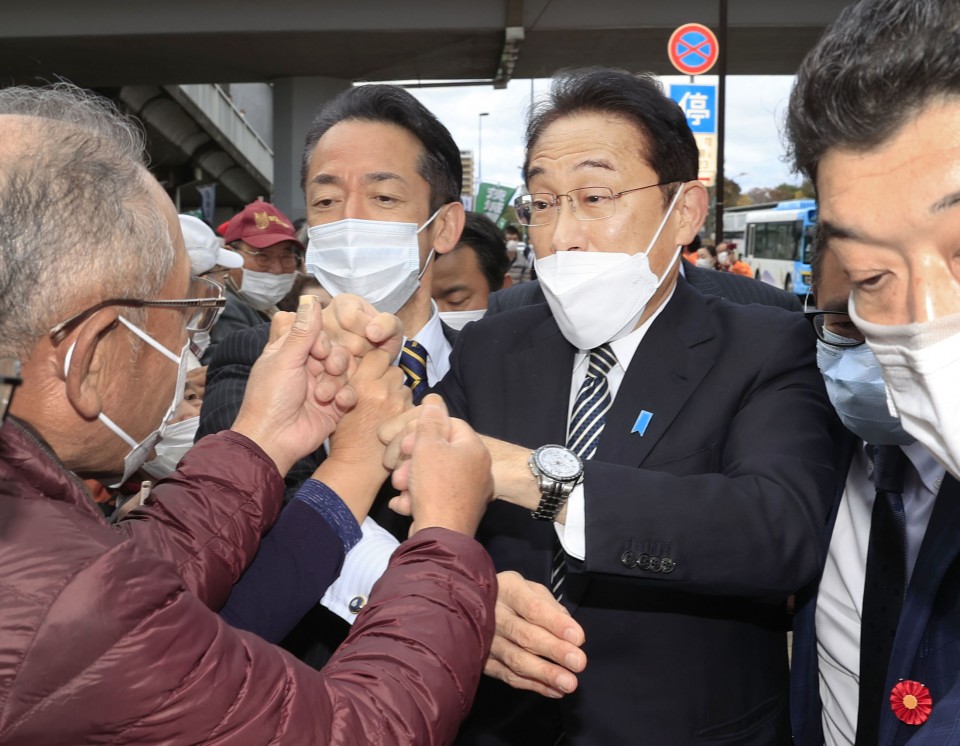 Kyodo News polled about 119,000 eligible voters by phone from Saturday to Tuesday. Around 40 percent said they had not yet decided how to vote in the single-member district portion of the election, indicating the result could still swing in either direction.

Kishida has vowed to bolster Japan's medical system to combat COVID-19 and spark economic growth, while standing firm against China's growing assertiveness and shoring up defenses to address the North Korean missile threat.

While the LDP has the upper hand in around 200 of the 289 single-member districts, where voters choose from a list of candidates, it faces stiff competition in 70 or so. 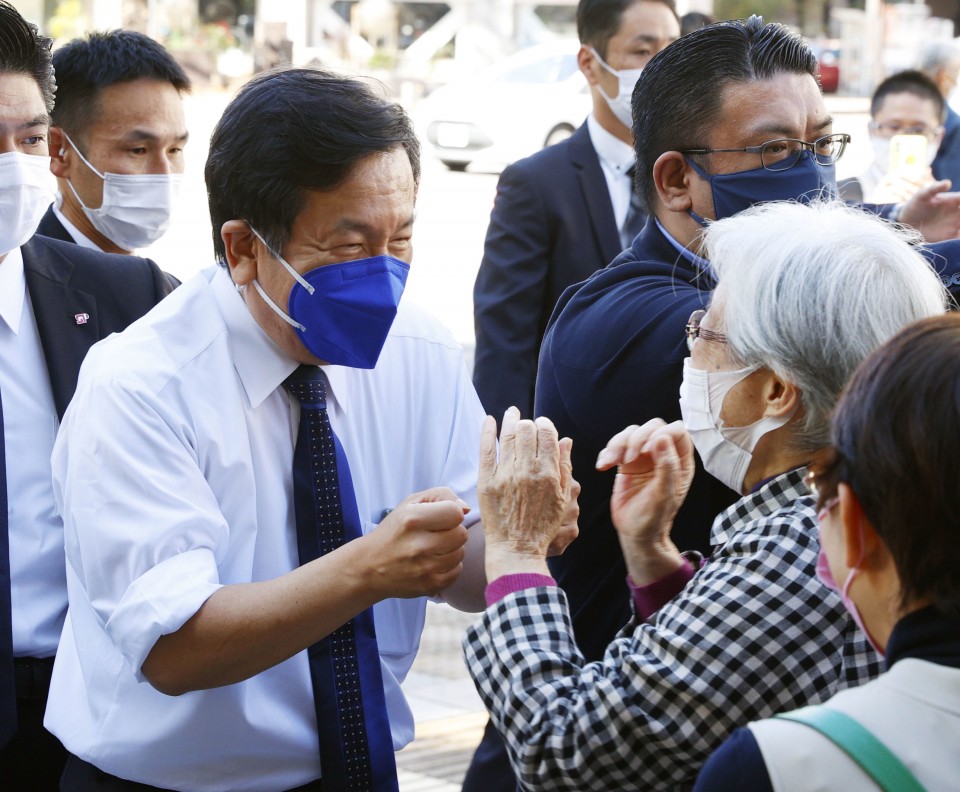 Yukio Edano (C, L), head of the main opposition Constitutional Democratic Party of Japan, bumps fists with voters in Miyazaki, southwestern Japan, on Oct. 26, 2021, ahead of a general election on Oct. 31. (Kyodo) ==Kyodo

Kishida has said he will claim victory if the LDP-led coalition retains a majority of, or at least 233, seats, a fairly low bar.

"Just a small momentum shift could mean losing a lot of seats," he said in a BS Fuji news program on Tuesday night. "It could also mean winning in a landslide. We have to stay on our toes every day."

Kishida said during the program that in principle, he plans to keep the members of his Cabinet unchanged. "We just got started the other day. I need them to get to work."

The government hopes to get the Diet's approval for a supplementary budget within the year to fund a COVID-19 stimulus package, he said.

Through proportional representation, under which parties are awarded seats based on the votes they get in 11 regional blocks, the LDP looks set to secure close to the 66 seats it held prior to Kishida's dissolution of the lower house on Oct. 14.

The left-leaning CDPJ, which has formed an alliance with the Japanese Communist Party and other opposition groups to consolidate candidates in the election, is ahead in more than 50 single-member districts but will need victories in battleground constituencies to make gains.

Meanwhile, the Japan Innovation Party, a right-leaning opposition party that aligns with the LDP on some issues such as constitutional revision, is riding a wave of momentum and could triple its 11 seats, especially if it can win outside of its base in western Japan's Kansai region.

Komeito, which is backed by the Soka Gakkai lay Buddhist organization, could end up with more than the 29 seats it held, while the JCP could also add to its 11 seats, according to the survey.

The Democratic Party for the People, which held eight seats heading into the election, is looking to keep six through single-member districts and add a few more via proportional representation, which accounts for 176 of the seats in the lower house.

The anti-establishment Reiwa Shinsengumi is likely to pick up at least one seat through proportional representation, while the Social Democratic Party is set to retain a seat in a single-member district.