Works of artists with disabilities exhibited in Kyoto 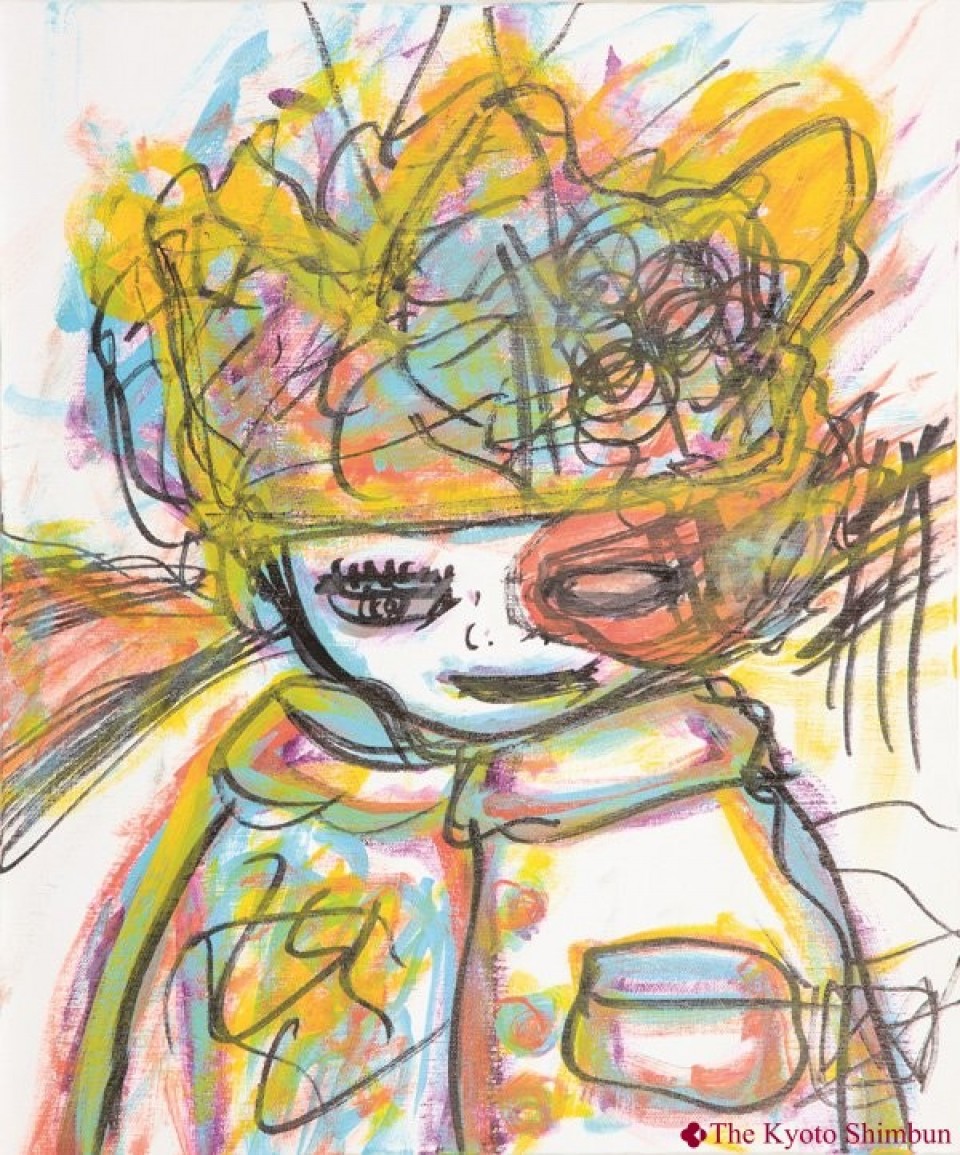 Endless expressions of a motif, powerful lines and colors, and intriguing processes to create an object are among features of artworks recently exhibited in Kyoto, western Japan.

The 16-day exhibit through Oct. 10 showcased more than 150 works of 40 artists belonging to Tensai Art Kyoto, a nonprofit organization promoting artistic activities of people with disabilities, at the organization's new atelier that opened in May. 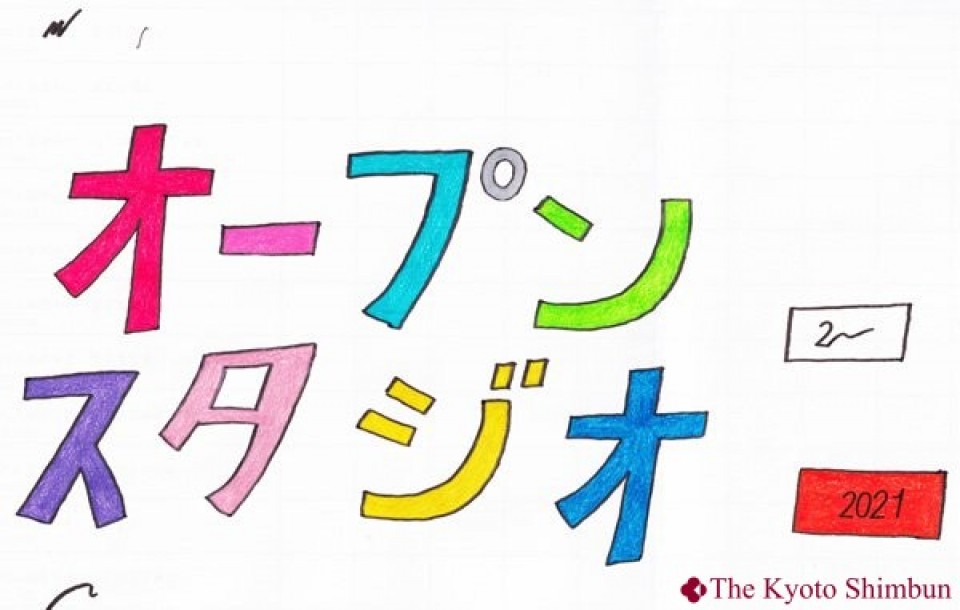 A design of the exhibition's title reading as "Open Studio" by Ryota Chihara. 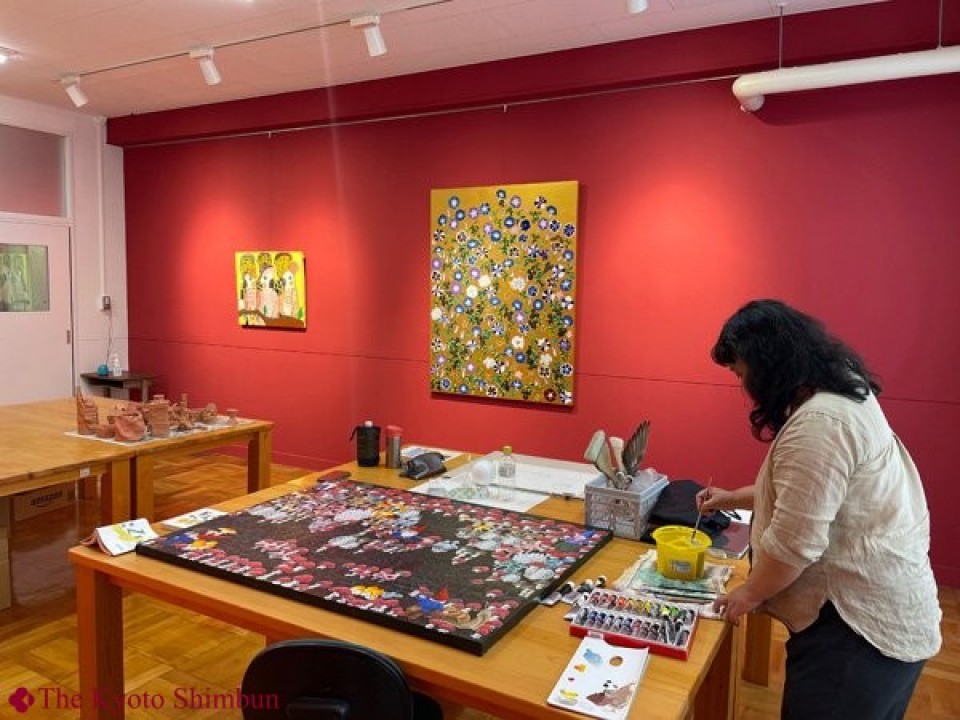 Photo shows one of the elementary school classrooms used by Tensai Art Kyoto as ateliers for its artists to come any time every Monday and Thursday and as exhibition venues. (Photo courtesy of Tensai Art Kyoto)

Set up in 2011, the NPO, whose name "tensai" means genius, provides people with disabilities and those who have difficulty interacting with society a space for artistic endeavors and exhibitions. It also stores and sells the original pieces as well as reproductions. 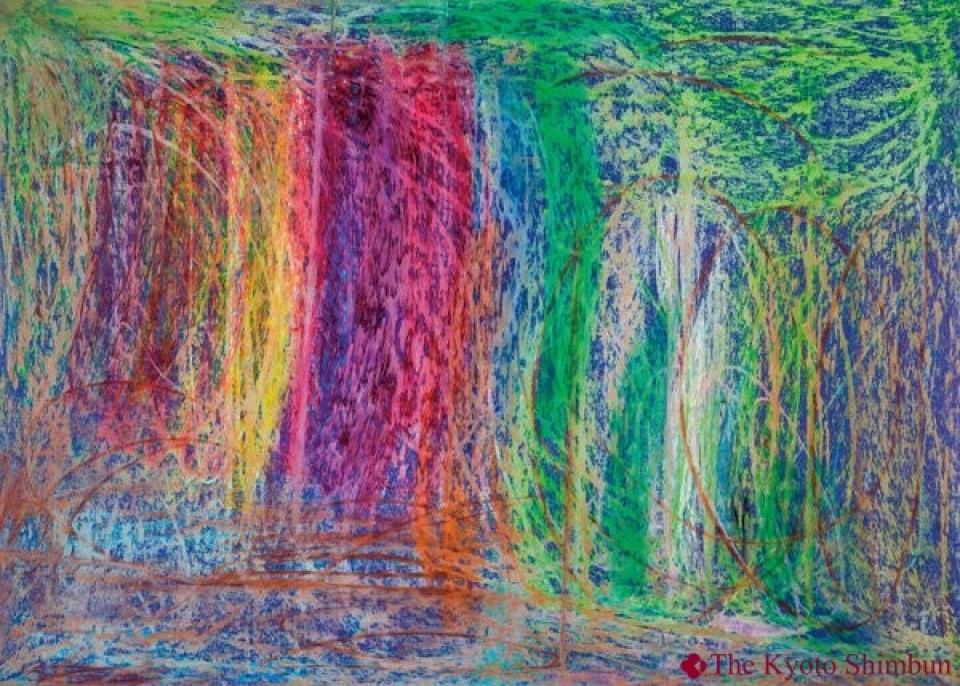 The artists' works show "no hesitation," said Yutaka Shigemitsu, the NPO's vice director, describing their appeal. "They start drawing out of nowhere, without a draft or blueprint, and make no mistake."

Program director Nobuaki Ito said, "Their progress is amazing. A person who had been making small motifs will one day all of a sudden make up a piece that integrates everything." 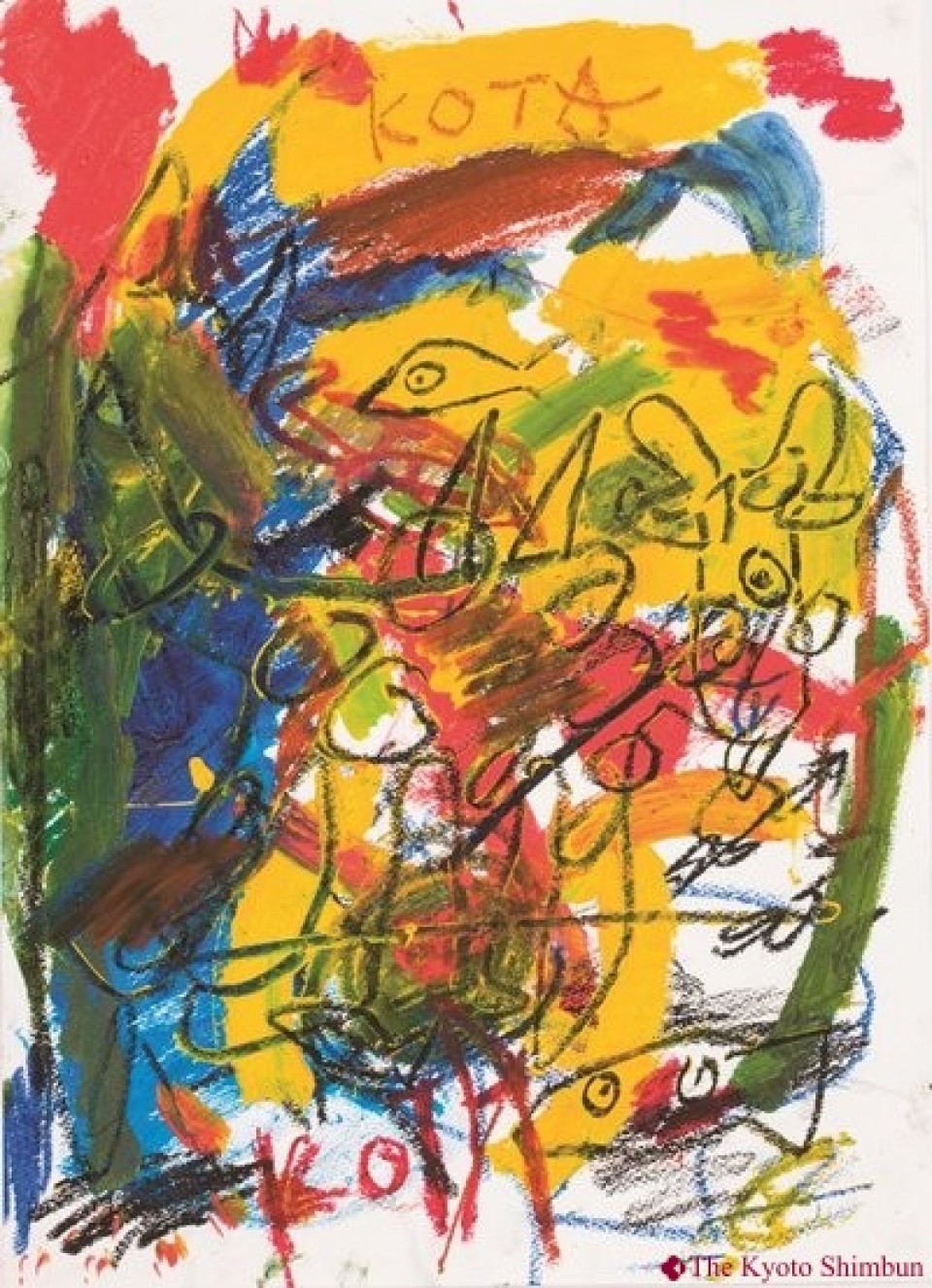 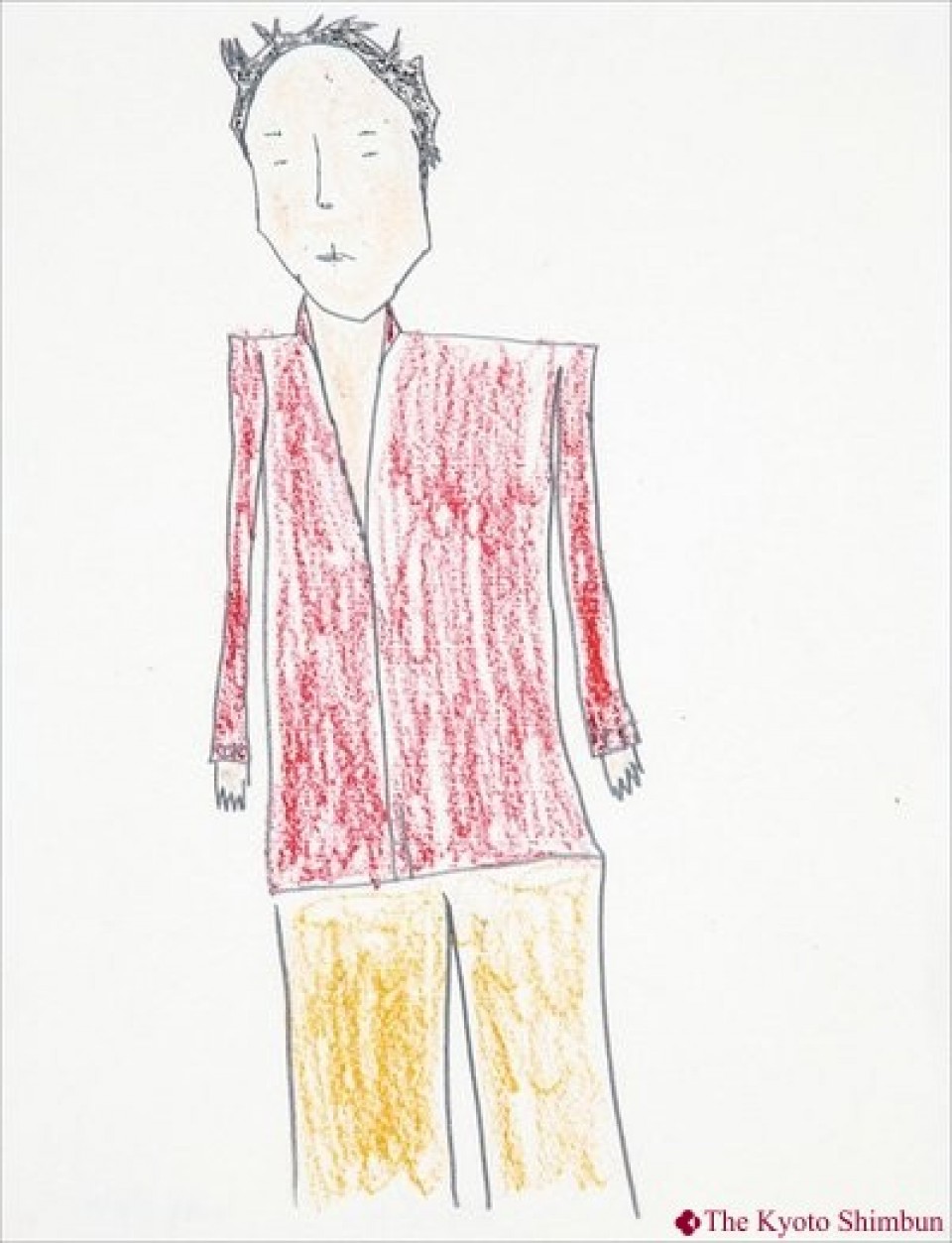 Takaaki Yamakawa's drawing "Abeno Harukas East Wing" dedicates half the area to illustrate Osaka and the other half to Kyoto and Nara.

Hiroko Ishihara's work "Untitled" is an aggregation of long pieces of transparent tape that had been attached to her arms and other parts of her body. She rolls them up and stands them on end to symbolize the good times she has enjoyed. 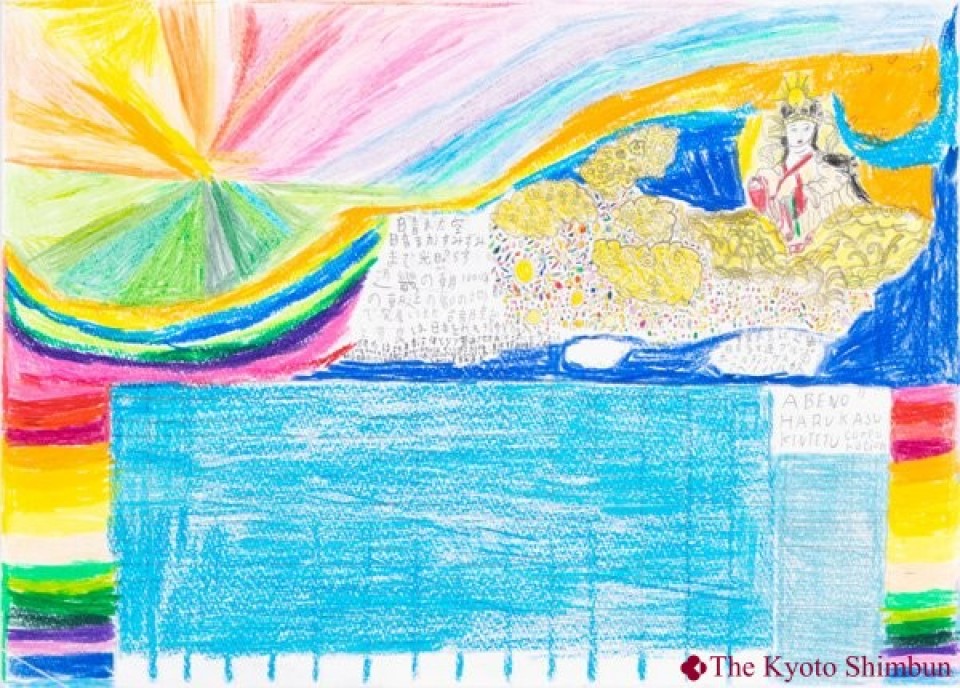 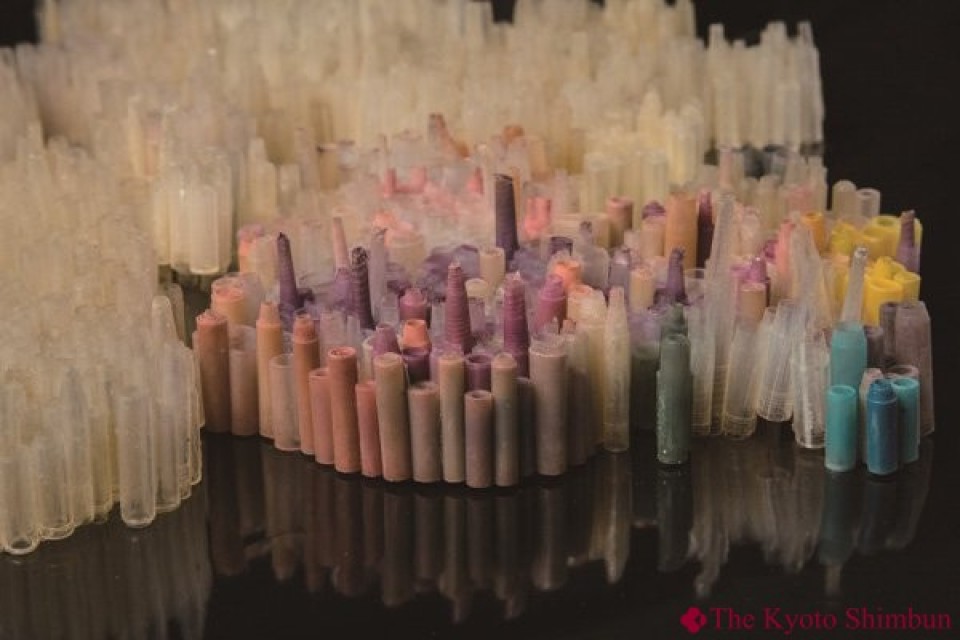 These artworks, created out of thin air by artists who have not been taught how to make them, have earned a reputation for their originality via exhibitions at local galleries, according to the NPO. 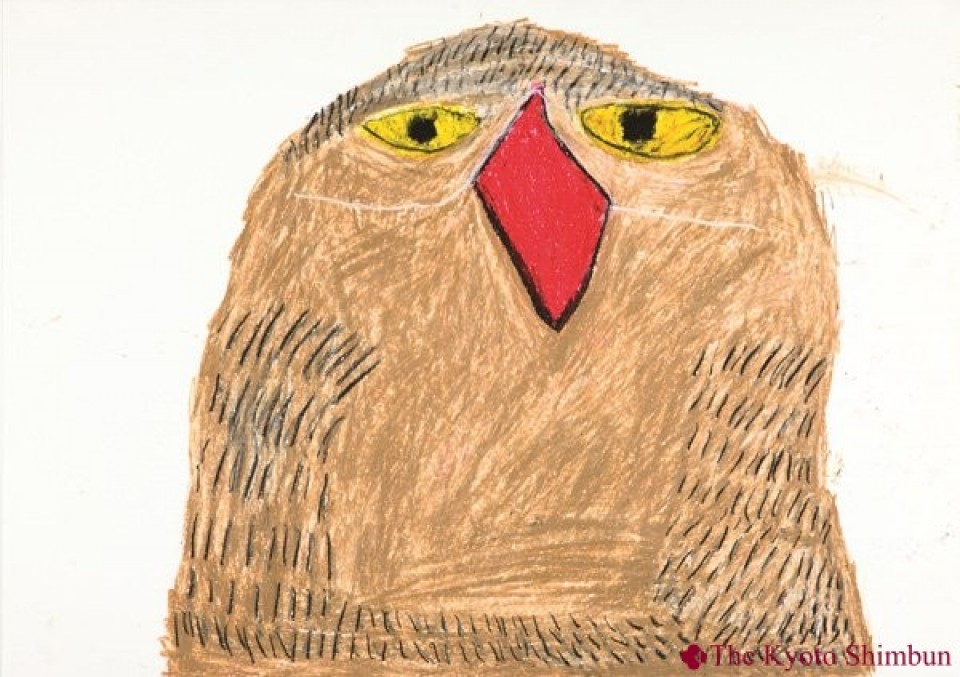