As campaigning for the Oct. 31 general election heats up in Japan, ruling and opposition parties are not just touting their economic and diplomatic policies but also their plans for protecting animals in the hope of attracting broader support among voters.

Amid growing awareness of the tens of thousands of cats and dogs culled in the country annually and the issue of animal hoarding attracting public attention, a cross-party parliamentary group has worked on legal revisions, with the Diet enacting in 2019 a law that boosts penalties for animal abuse and requires that pets be microchipped. 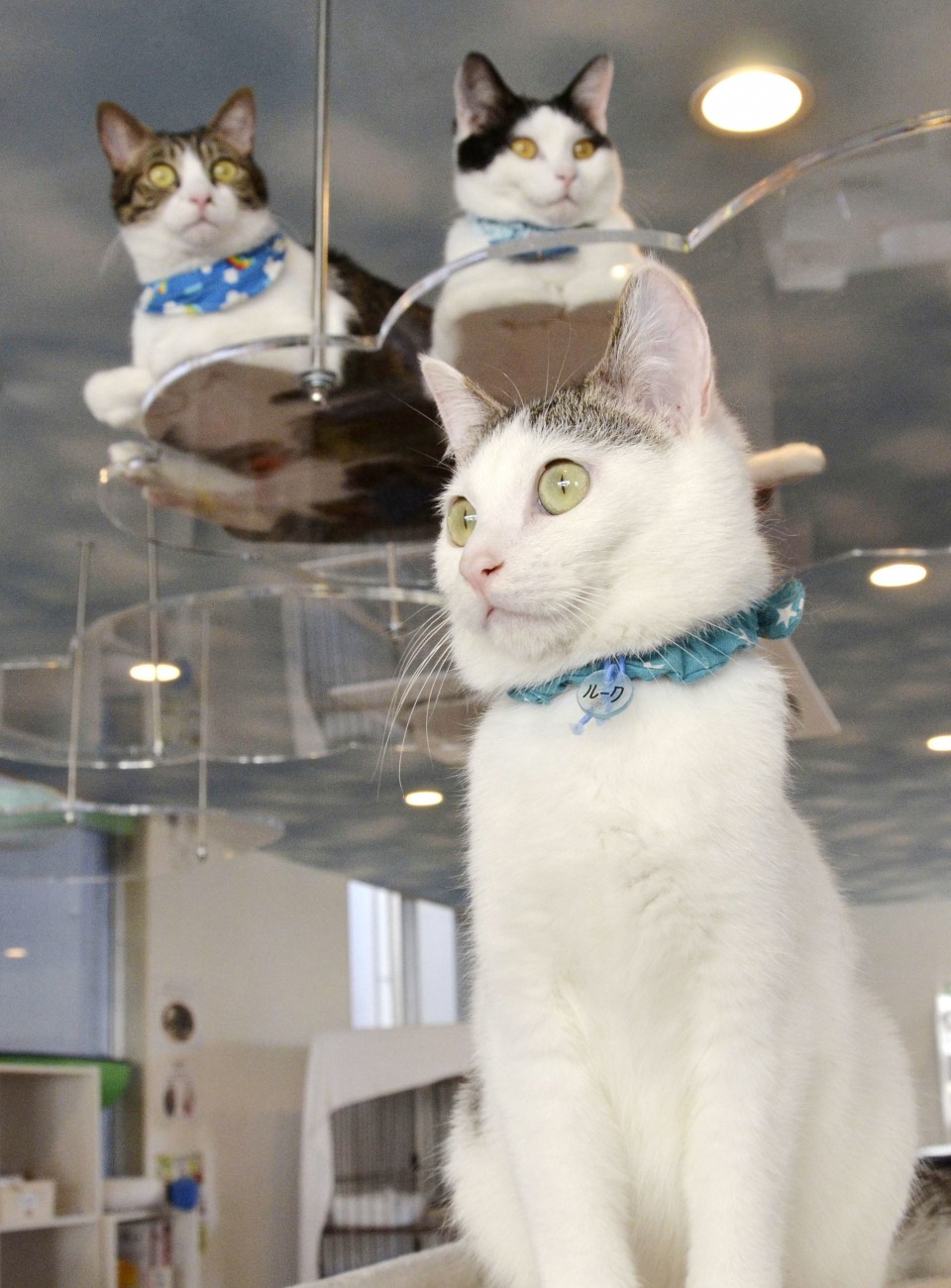 File photo taken in May 2019 shows rescued felines up for adoption at a cat cafe in Saitama Prefecture. (Kyodo)

In its election campaign pledges, the ruling Liberal Democratic Party vows to crack down on irresponsible animal dealers and facilitate the adoptions of cats and dogs rescued after being abandoned by their original owners while seeking to reduce the number of euthanized pets to zero.

The main opposition Constitutional Democratic Party of Japan calls for increasing animal dealers' responsibilities and enhancing penalties for abuse. It also pledges to craft legislation on animal welfare and establish a system for taking away pets from abusive owners.

Komeito, the coalition partner of the LDP, has proposed measures against animal hoarding and combining policies that cover social welfare and animal protection, such as helping the elderly coexist with pets. The party is also calling for the promotion of nurses for pets.

Group homes with pets have garnered attention as they apparently help heal residents while reducing the number of euthanized animals. Japan culled roughly 33,000 cats and dogs in fiscal 2019, according to the Environment Ministry.

The Japan Communist Party, a smaller opposition force, is seeking to create a consultation system for preventing animal hoarding as well as how to deal with pets during times of disaster.

In Japan, there have been many cases where individuals kept more than 100 animals and failed to care for them sufficiently. 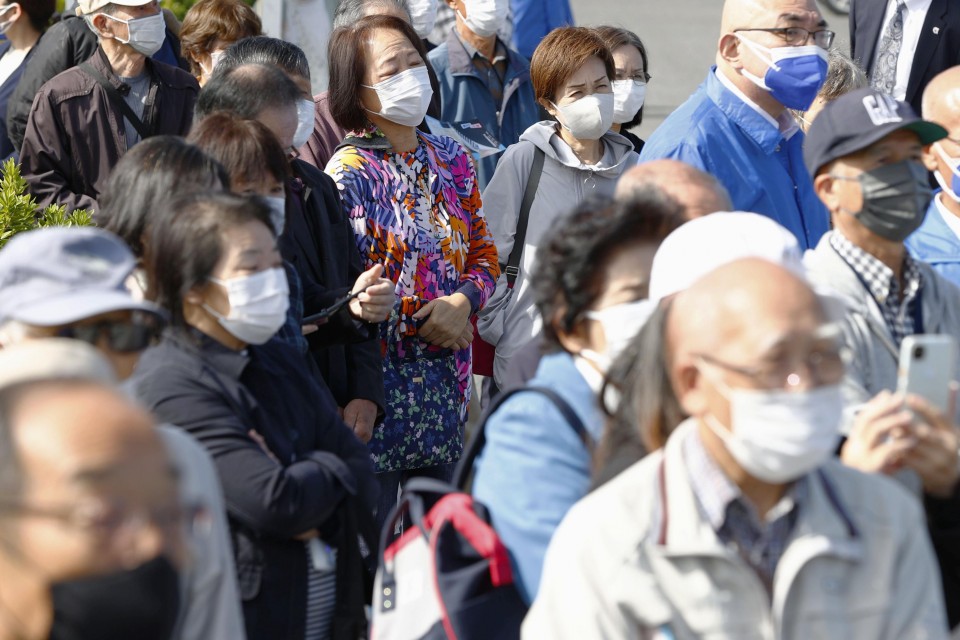 People listen to a politician giving a stump speech in Inazawa in Aichi Prefecture on Oct. 22, 2021, ahead of a general election on Oct. 31. (Kyodo) ==Kyodo

The revised animal protection law imposes a prison term of up to a year or a fine of up to 1 million yen ($8,770) if someone abuses animals by hoarding them in poor living conditions.

Among other smaller opposition forces, the Japan Innovation Party vows to create a system for monitoring pet abuse and calls to reduce stress on farm animals.

Reiwa Shinsengumi is seeking permanent public animal shelters, a ban on the commercial sale of live animals at pet shops and improved living conditions for livestock.