An aggressive, hard-running Japan side pushed Australia to the brink Saturday before falling 32-23 in their first international test match on home soil since the 2019 Rugby World Cup. 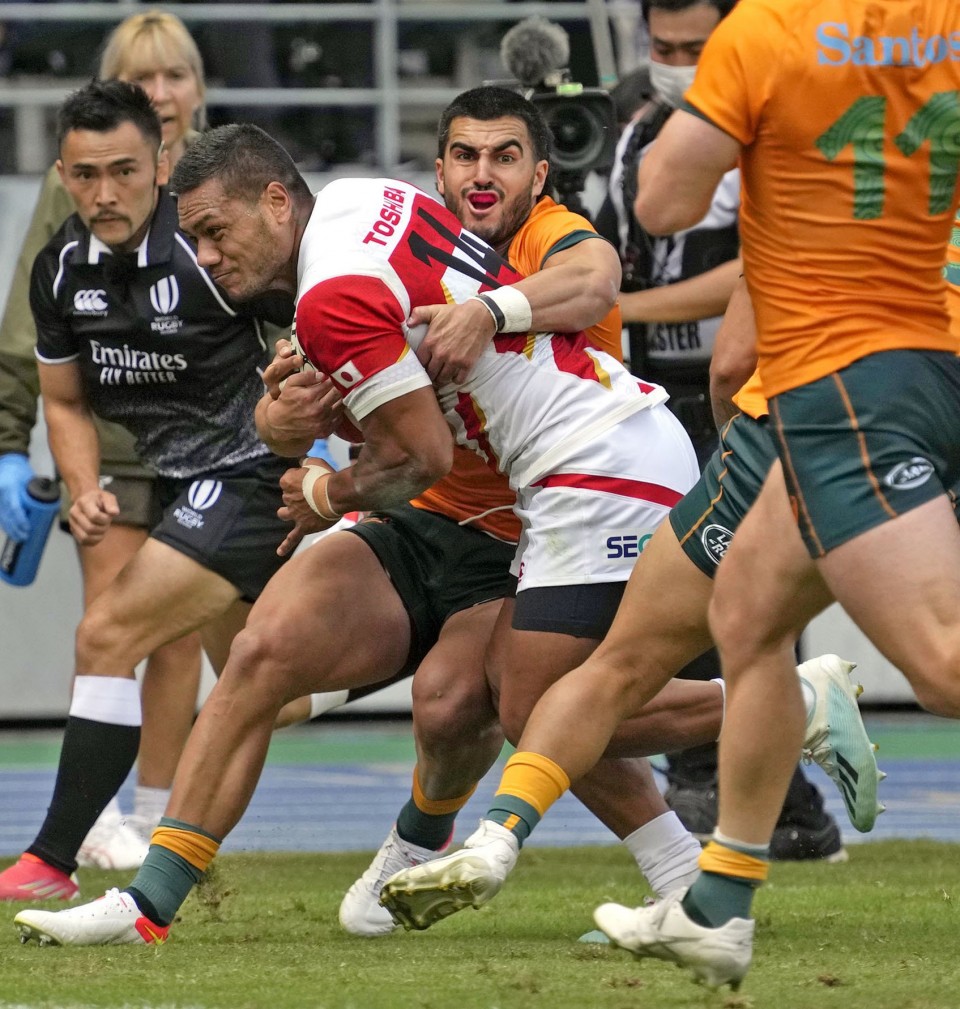 With new captain Lappies Labuschagne at the helm, the Brave Blossoms trailed 17-13 at halftime after dictating much of the first half with stout defense and willingness to take risks in attack.

Two unanswered Australian tries and a yellow card for Lemeki threatened to settle the contest for the tourists early in the second half before Nakamura's intercept try brought Japan back within striking distance at 27-20.

A 74th-minute penalty from replacement Yu Tamura narrowed the margin to 27-23 before a rolling-maul try to debutant Connal McInerney ensured head coach Dave Rennie's side maintained their unbeaten record against Japan.

No. 8 Kazuki Himeno, who gave Japan forward momentum with his ball carrying, said a strong performance against the world's No. 3 nation had not dulled the pain of defeat.

"To be honest, I'm disappointed. It feels like we lost a winnable match," Himeno said.

But the 27-year-old World Cup standout said he was thrilled to finally play a test match in front of a home crowd after a two-year break prompted by the coronavirus pandemic.

"It felt quite emotional," he said.

Japan-based flyhalf Quade Cooper set the table for the Wallabies' opening try in the seventh minute, offloading for winger Tom Wright to cross near the posts.

Flyhalf Matsuda put Jamie Joseph's men on the board a few minutes later, slotting from 25 meters out after the Wallabies were penalized for not releasing the ball.

Replacement winger Jordan Petaia ran in the tourists' second after they quickly spread wide off a scrum near the Japanese try line, with Cooper guiding a difficult conversion between the posts.

Japan soon hit back with their opening try after Matsuda sent a clever cross-field kick to Lemeki, who bulldozed through a tackle to touch down in the corner.

Saitama Panasonic Wild Knights playmaker Matsuda kicked the touchline conversion and then brought the hosts within a point at 14-13, finding the target after the men in gold were again penalized for not releasing.

If they are to challenge teams from rugby's top echelon, the Brave Blossoms must continue making incremental improvements, vice captain Nakamura said.

"Big games like this can be decided by little things. We need to keep improving, and come out stronger each game," he said.