The Japanese government said Monday it will begin conducting trials this week using proof of COVID-19 vaccinations or negative test results at eateries in preparation for another possible wave of infections this winter.

The trials, aimed at maintaining economic activity while preventing the spread of infections, will allow individuals presenting such proof to eat in larger groups and eateries to extend their opening hours, with many local governments continuing to implement preventive steps after a state of emergency covering Tokyo and 18 prefectures was lifted on Oct. 1. 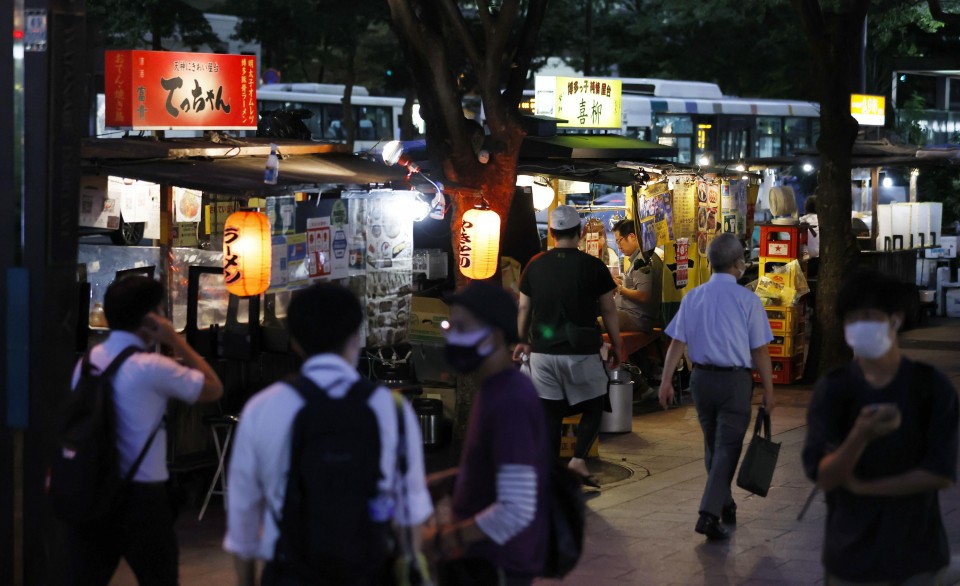 People stop by street stalls in Fukuoka, southwestern Japan, on Oct. 1, 2021, after the COVID-19 state of emergency was lifted in Fukuoka Prefecture and 18 other prefectures across the country, allowing restaurants and bars to serve alcohol. (Kyodo) ==Kyodo

The trials will begin Thursday in Kyoto Prefecture, followed by Hokkaido and Fukuoka Prefecture.

A Japanese restaurant in Kyoto Prefecture, a Japanese-style "izakaya" pub in Hokkaido and a hotel restaurant in Fukuoka Prefecture are among the eateries at which the trials will take place, according to the Japanese government.

While Japan has seen a steady decline in coronavirus infections since logging record cases in the summer, the government is preparing for another wave of infections, which medical experts warn could occur during the winter.

Using the trials as a framework, the government wants to avoid imposing strict steps uniformly and to continue economic activity even if the country is hit by another wave.

Trials using proof of vaccination or negative test results have been held at professional soccer matches.